One of the most remarkable transitions between mainstream and worship music is not necessarily that it’s a new concept, however, it’s awesome to see such versatility in musicians and artists when it comes to dabbling in various genres.

Take Snoop Dogg’s Gospel album “Snoop Dogg Presents Bible of Love,” an album that sets itself apart from his earlier ones “fueling the ascendance of West Coast G-funk hip-hop” and then there’s American Christian Hip-Hop Recording Artist Lecrae, where the majority of his body of work is dedicated to his faith. Point being, it’s definitely refreshing to hear a modern take on worship music. And we can only imagine the public discussion and critique because perhaps faith, religion, and spirituality may still be a sensitive topic to certain people.

Despite the naysayers, it’s important to make positive contributions to society. Music usually has an everlasting effect and it’s the perfect way to send a message. ZOE church LA’s, a church located in Los Angeles, California dropped a new 4-track EP called, “Be Okay.” It’s a new and refreshing approach to worship music with its mainstream undertones that instantly provides you with a peace of mind. There’s nothing like an uplifting song to let you know you’ll “Be Okay,” accompanied by a bumpin’ beat. If that doesn’t cheer you up, I don’t know what will! 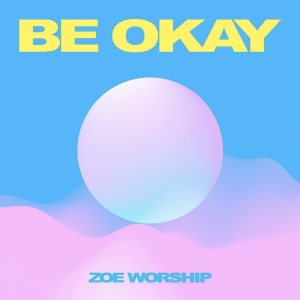 What is Zoe Church all about? According to their website,

Our church is a place where our doors are open to people of all backgrounds—regardless of where they are at in their journeys— and we hope all feel welcomed, comfortable and loved. The Greek translation for “Zoe” is abundant life. Through engaging, powerful worship and Biblical truth broken down in practical and relevant ways, we intend to infuse “Zoe” life and God’s love into individuals and families.

The first single, “Be Okay,” had such a refreshing, good-feel vibe that it personally built some anticipation for the release of the full project.

Thankful to be part of the ‘BE OKAY’ project with ZOE church LA. My hope with this music is that people experience God in a new & fresh way through colorful sounds & melodies,

said J. Valle, one of the producers that worked on the “Be Okay” EP. For those unfamiliar with J. Valle’s work, one of his most recent projects includes co-producing Drake’s “March 14” off Scorpion. More of his catalogue includes contributions to music from artists such as Kendrick Lamar, Sia, Justin Bieber, Snoh Aalegra, Mac Miller, Johnny Yukon, Bailey Baum, Anders, Rich the Kid, Ro James, and more. With such a diverse body of work, J.Valle perfectly executed the balance between creating for multiple genres and he hopes to continue to make an impact on the culture through meaningful music.

Whether or not you’re into worship music, hit play and let us know what you think in the comments below.