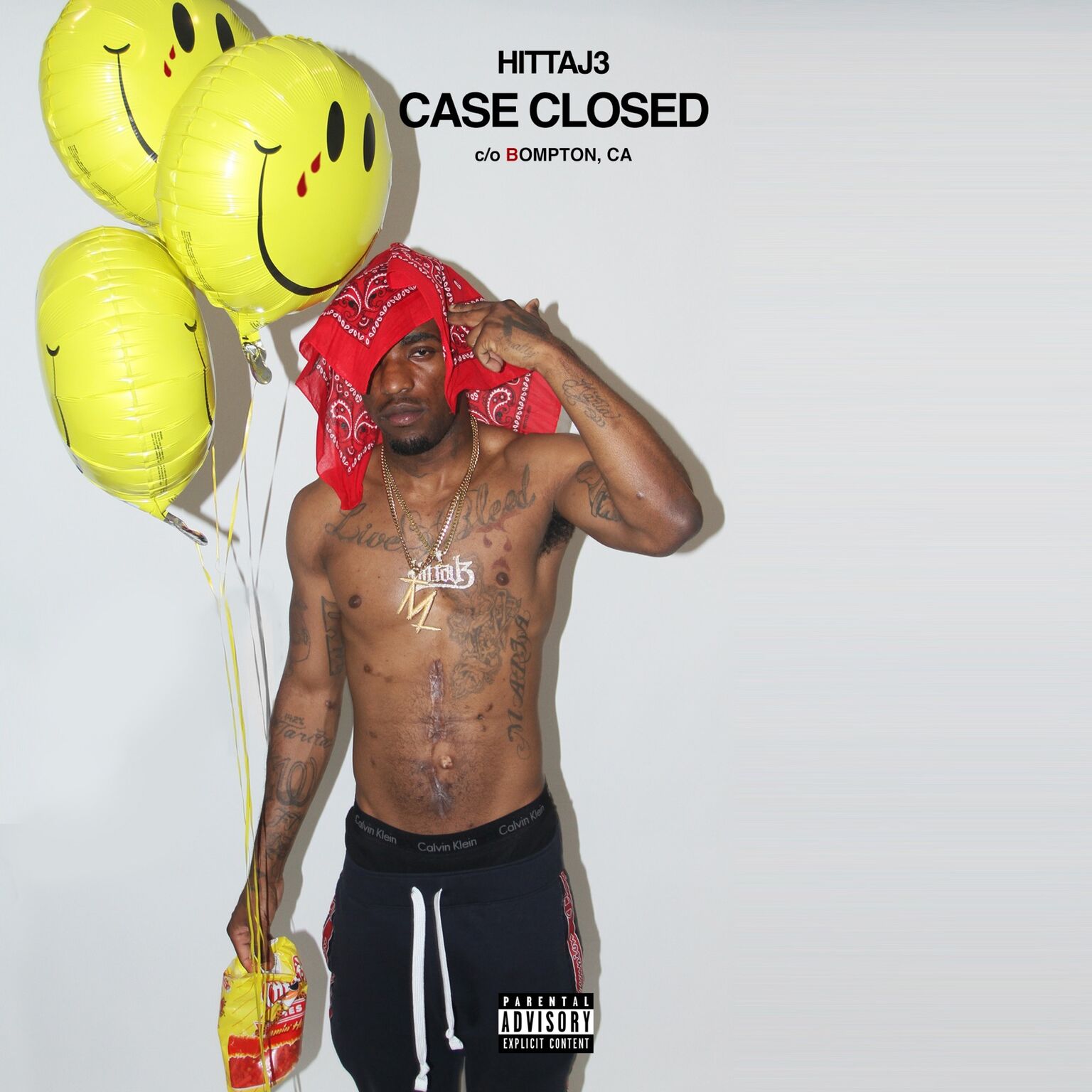 Compton native, Hitta J3 originally found mainstream success with the release of “Do Yo Gudda” featuring YG, Kendrick Lamar and Problem. Since the release of his forthcoming album, Case Closed, Hitta has given his fans two dope singles, “I’m Gone” (Ft. O.T. Genesis & Saint Malo) and “Buss Down.” This CPT artist isn’t giving up until he creates a solid name for himself worldwide.

I got a chance to talk with Hitta J3 about his hometown and his latest album, Case Closed. Check it out for yourself.

Tragic. Where I grew up, a lot of people were getting killed. As a kid I was seeing a lot of people getting hurt and dying. Families were losing family members and friends. The entire neighborhood I grew up in was just rough. It was a lot to deal with daily.

When did you decide to start making music?

When you grow up in the hood, after a while you just want to start changing things. I wanted to just make my future a better place, have a better daily routine, other than being a follower. I wanted a new start, it wasn’t easy doing both because I was still in the streets.  Music was my get-a-way. It was my peace of mind and it helped me get through all the hard times. It was everything.

How did you get into the music industry?

I was making hit records on my own already without any collabs. While I kept putting music out, other artists just started reaching out to me. Everyone in my neighborhood was already familiar with me. Compton is such a small city and people in my hood knew what I was trying to do and knew what I was trying to accomplish. Kendrick Lamar, who is from my same neighborhood, knew who I was and that alone opened up some doors for me. I was already in the mix with everyone. When Kendrick finally reached out to me, he did it on his own. I had to just keep believing in my own craft, my hard work and just continued to grind and keep putting music out.

How did you come up with the concept of your album?

It’s about crossing over, separating the negativity to positivity. Everyone always tries to put a label on someone, but no one is perfect. My family and I have been through a lot. The album title just means, this is the end of it and the case is closed. We’re moving forward and forgetting the negative and focusing on the positive.

I’m Gone is your latest video, what was it like working with O.T. Genasis and Saint Malo?

It was dope, it feels good to make great music with people that you see with the same struggles and goals and not someone who thinks they’re better than everyone. We all have the mutual understanding and similar vibes and also, Malo is my brother, I wanted to help him regardless if it’s with me or other artists. I felt like I wanted Malo to be a part of it. We been trying to do this for a while now and we finally got the chance to put a great single out.

How did the collaborate come about for the I’m Gone video?

Real people do real things. Some people act like they’re too busy to come together, but I wanted to do something that means something to us. To bring bloods and crips together is a blessing; it’s our way of showing the world that we can come together, we can party together without a problem, where all of us can shine without fighting or having any problems. That’s what I wanted the video to portray.

Who do you see yourself collaborating with next?

I see myself collaborating with Drake, Lil Baby, Rihanna and Kamaiyah.

Will there be a spin off to your album, Case Closed?

It will not be. I will be working on something that will be entirely different. I can honestly say my next album is about my personal development into a man; from a street nigga to a man.

Do you have any other project you’re currently working on?

Yeah, with Saint Malo – we both have upcoming projects. We both of our albums. Stay tuned!