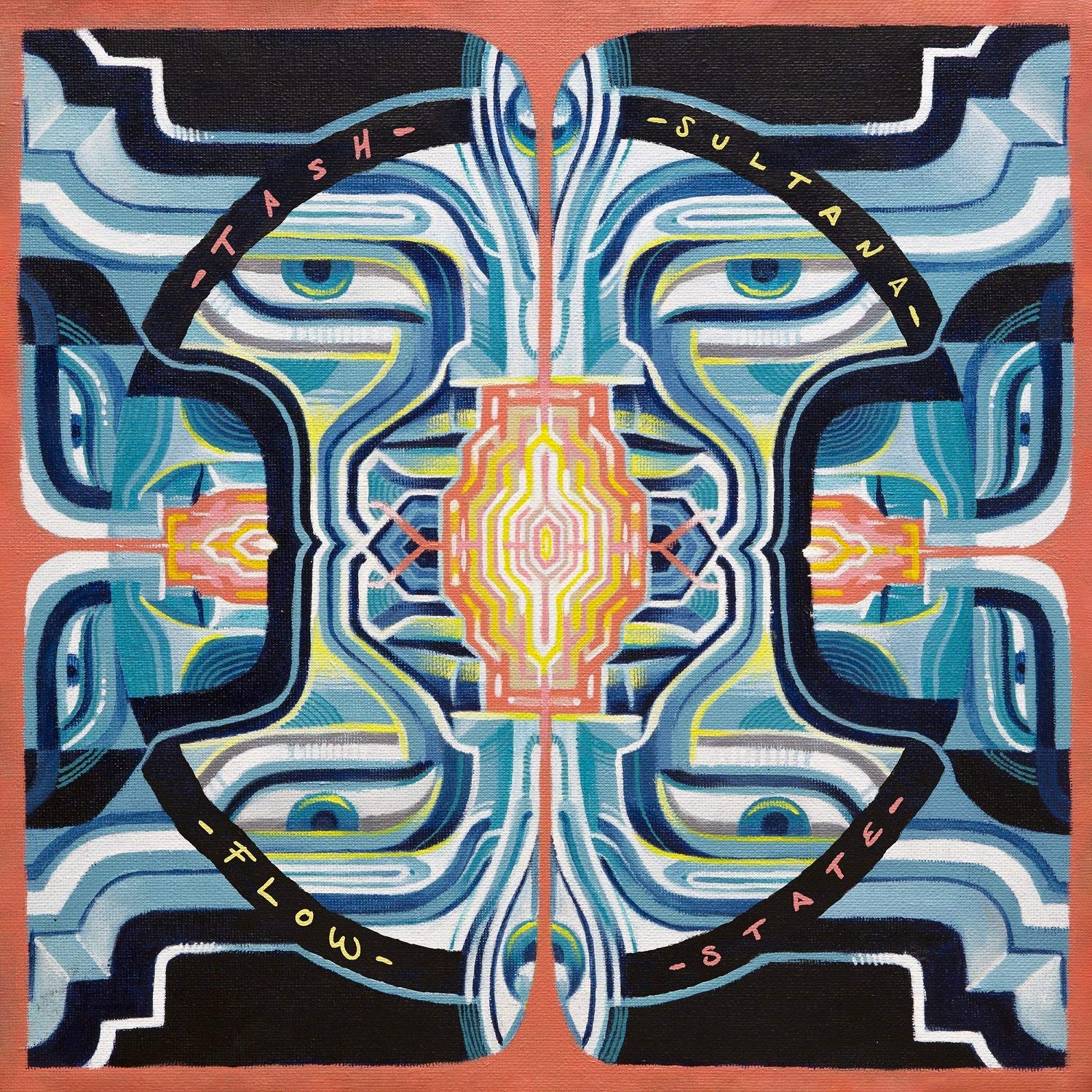 Description: Tash Sultana is an Australian singer-songwriter and multi-instrumentalist from Melbourne, Australia. She is known for being a one-person band, in that every sound heard in her music is produced by her and her alone. She began her music career on Bandcamp and by posting YouTube videos of herself playing various songs, receiving millions of views per video. She plays the guitar, bass, piano, trumpet, drums, flute, mandolin and saxophone, just to name a few. She released an EP, Notion, in September 2016, and followed that up with a sold out world tour in 2017. Flow State is Tash Sultana’s debut album.

Final Thoughts: If there’s ever an album title that fully embodies the music that lies beneath its cover, it’s Flow State. Tash Sultana is bound to be a superstar in the music industry as she is truly the complete package. Her radiant energy is undeniable. She has been producing solo music for the better part of 3 years, making waves via YouTube from her own living room. If you’ve had the privilege of watching her perform live, it’s a sight to see. As detailed in the description, she is a multi-instrumentalist who doesn’t have a band in that she IS the band. Every sound you hear on this record is produced solely be Tash Sultana. Yes, there are artists out there who do the same, but I would argue that nobody does it to the quality of Tash. She shreds on every instrument (guitar being the obvious one). We first hear her talents on full display on the track, “Big Smoke”. She opens by singing, “Well I was going down on my lines/ And I heard that the waiting feel was fine/ But I was reading in between the lies.” Contrary to the traditional phrases ‘Go down on your lies’ and ‘Read in between the lines’, Tash switches the two words up to convey that while she was on hard drugs, she was trying to find her place in the world and in music. The sonics in the track include a very bouncy guitar melody, a smooth bass solo in the middle and ends with a reverb guitar solo. It kicks off the album perfectly. The very next track, “Cigarettes”, features one of my favorite hooks on the entire record.

“I’m on a permanent vacation to the soul/ And I don’t feel like working my fingers to the bone/ And I fly like a bird above all of the bullshit/ And I’m looking down upon myself to start all of the good shit.”

Talk about positive vibes! Cut out all the extra stuff in your life to focus on the good. 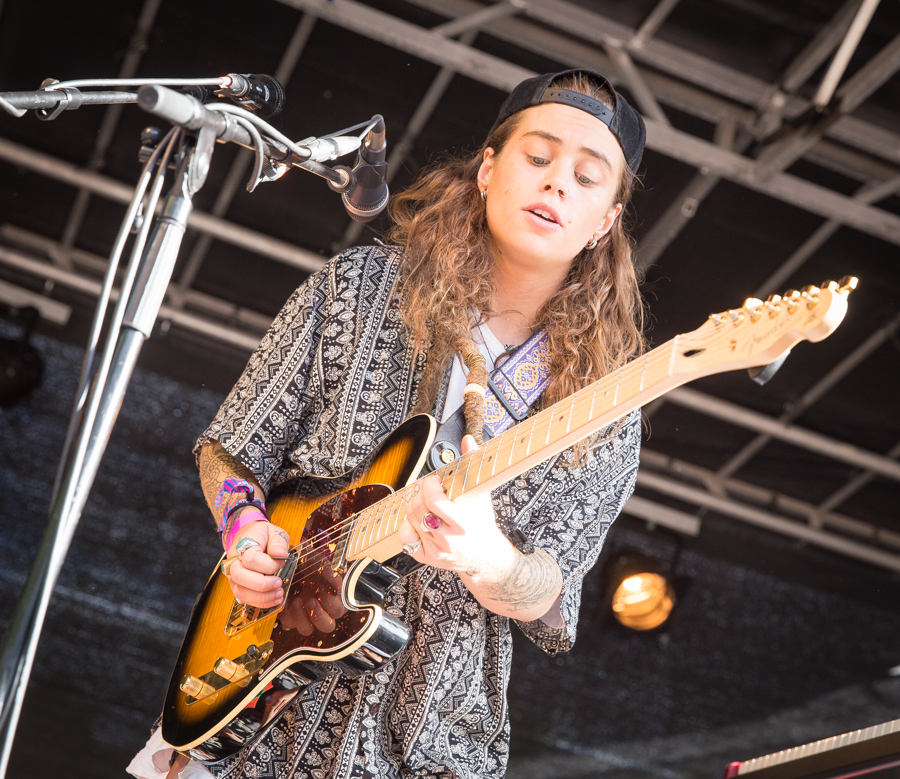 “Murder to the Mind” then focuses on getting rid of that person inside one’s head who thinks they’re all that in order to go back to being a normal person. She sings, “I couldn’t see the beautiful world that was in front of you/ And I was begging for forgiveness, but I couldn’t forgive myself/ And I was screaming out for help.” She felt as though her ego was getting in the way of seeing the beauty in the world around her. And I feel everyone can relate to these words to some degree, whether that be a toxic relationship or a job you don’t get fulfillment; kill off the bad in your life to take in the good things. “Salvation” is yet another liberating song that declares she doesn’t base her worth through someone else. She doesn’t need to hear words of affirmation from others to thrive; she’s comfortable in her own skin and knows the goals she set out for herself, no matter how hard it might be to get there. “I said the road is long/ Keep carrying on/ I don’t need your loving for my salvation/ I found myself between the dirt and desperation/ I don’t need you for my own validation.” Much like “Big Smoke”, it’s got a very rhythmic, bouncy beat to it. It’s an interesting transition into one of the moodier tracks on the record: “Pink Moon”. The song depicts a girl engulfed in drug addiction and wanting so desperately to break free. We see this first-hand in the pre-chorus: “Blinded by the light/ Putting up one hell of a fight/ Weightless in the water/ Don’t care what they taught ya/ No, I don’t care.” The meat of the track comes in verse 3 where she sings, “Pink moon, light the darkest room/ So I’ll unhinge my brain/ Send me on a soul train/ Kiss away the pain/ It all feels the same.” The drugs help her cope with the pain and helps to shine a light in the darkest of places in her life. A powerful song, indeed, and if those words didn’t hit you hard, her minute-and-a-half guitar solo at the end will.

In regards to another gem on this album, “Harvest Love”, this is what Tash had to say in an interview with The Paradise: “There are days that you can’t do shit. And that’s okay, that’s alright. Sometimes you just need to cry, jump in the ocean, fuckin’ scream, have a run, you know. But it’s important that you voice that shit, because the demons only live inside you if you feed them and let them grow. So get that shit out of your fuckin’ soul. Speak the truth, you know, cause you’re not really living until you’re actually living in a truthful manner. And that took me a long time to realize. This song is about exactly that.” It’s refreshing to hear artists who speak on things like this, because you know you’re getting the real artist every single time. There is no fakeness going on here; what you see/hear with Tash is exactly what you get, and that’s a beautiful thing. On this particular song, my favorite line comes from verse 2: “I had a plan, I had a plan you see/ It was based on the rules that my mother and father taught me/ Press the iron when it’s hot/ And you jump right in/ Because the unfed mind devours itself.” I love that imagery of the unfed mind that devours itself. It sounds gross (and maybe it is), but it’s so valid. 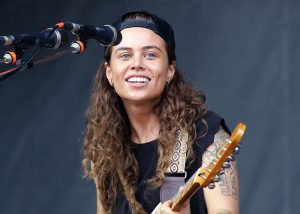 And now we’ve come to my favorite part of the entire record: “Blackbird”. This thing is absolutely bonkers. It is said that this song was written in New Zealand when she was stuck in a cave. She doesn’t have much to say throughout the track, even though it’s 9 minutes in length. But she doesn’t need to say anything when her instrumentals are this epic. Played on a 12-string guitar, “Blackbird” is the reason why you should know Tash Sultana. She sings in the middle of the song, “Have you seen that blackbird?/ I guess it’s long gone now/ Like the wind, it carries me away/ And like the lightning, it slowly thunders/ When it rains down on me, when it rains down/ So watch as it clears!” She compares herself to a blackbird being carried away, flying above the bullshit as she has often stated. And it’s not far off to think of her soul as thunder. That’s just the kind of energy she brings to her music.

Along with all these great highlights, I still had a few complaints. I didn’t think “Mellow Marmalade” added a whole lot to the vibe of this record. It was surprisingly plain sounding compared to the rest of the tracklisting. And “Seven”, although a pretty nice instrumental, it served as more of an interlude than its own individual song, which is fine, but I felt she could’ve done a lot more with it. Aside from that though, there really isn’t too much to hate on in regards to this album. Big ups to my man Matt for turning me on to Tash. Bless your soul, my friend. And if you’re unfamiliar with Tash Sultana as an artist, allow me to be the first to introduce you to her music.