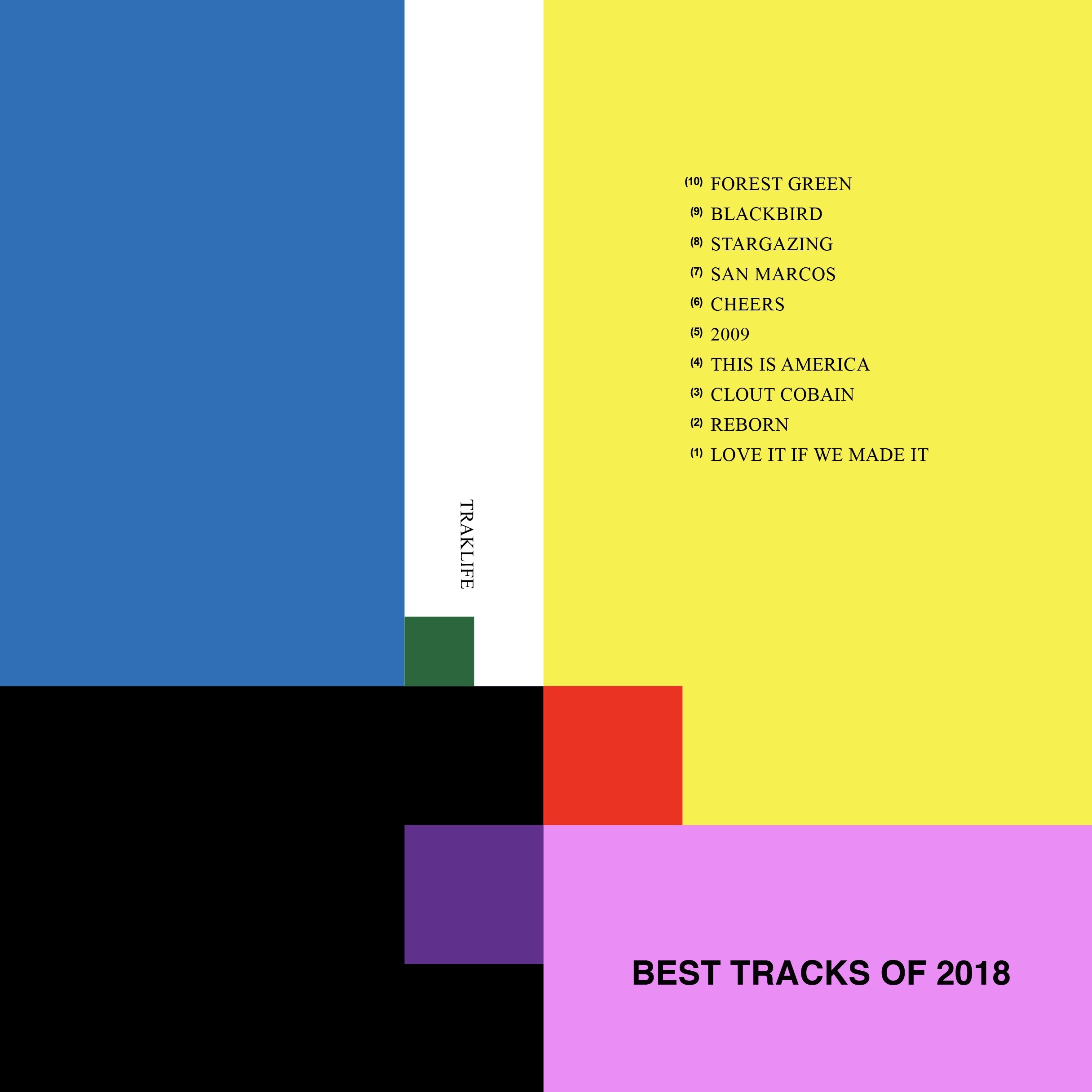 2018 has been filled with some incredible music. Unfortunately, I won’t be able to fit everything into this list, but below is my personal favorite 25 songs from 2018!I only used each artist or band once as I wouldn’t want to over-saturate my list with the same artists over and over again. Listed in order, I felt these 25 tracks stuck with me the most in 2018.

Why I like it: The best guitar performance I heard in 2018. Hands down.

Why I like it: A refreshing take on hip-hop in 2018. With a genre saturated in trap 808 production and triplet flows, this song offers a polished, futuristic vibe. “Watch how I finesse!”

Why I like it: Eminem shows why he’s still as relevant as ever. Joyner Lucas delivers a great guest feature, only to be topped by one of my favorite Em verses as he gives his take on the current state of hip-hop and his meteoric rise to stardom.

Why I like it: An absolute epic of a song. It’s glossy, yet hard-hitting.

Why I like it: A lovely alt-rock ballad about the inability of losing all thoughts of a person who once meant so much.

Why I like it: Emo-rap at its finest! Sure, while “Lucid Dreams” will go down as Juice WRLD’s most successful single this year, I would argue this track over here presents a lot more in terms of content and style.

Why I like it: With the unfortunate death of XXXTENTACION, this song only gained more meaning. The song touches on letting go of a loved one and the depression that follows.

Why I like it: The closest Saba has come to perfection in a single song. This is his “Sing About Me, I’m Dying of Thirst” moment.

Why I like it: Pop song of the year. Janelle went above and beyond with this track. Just be prepared to dance.

Why I like it: I don’t know what it is about melancholy production and lyrics, but man I couldn’t get this one out of my head all year. Trippie and Joji are flawless together on this cut.

Why I like it: The first 3 and a half minutes are dope for sure, but it’s the outro. “Can you build my house with pieces?/ I’m just a chemical”. Damn…

Why I like it: If anyone was wondering why I’m so high on JID, this track will give you a solid reason. The modern-day flow god.

Why I like it: It’s better than “XO Tour Llif3”. Convince me otherwise.

Why I like it: If JID is the flow god, then King Push is the man with the bars in 2018. Please listen to Daytona.

Why I like it: Just imagine driving through the rainy streets of Downtown Portland on a Sunday morning to grab a hot cup of coffee. That’s what this song feels like. But when you look closer at its meaning, Justin Vernon is commenting on a loved one that recently passed away, and continuously sings out, “I just want to give you more time.” A heart-wrenching experience.

Why I like it: Ok, I take that back. THIS is the best guitar performance of 2018.

Why I like it: A roller coaster ride of a song if there ever was one. A hell of an introduction into Travis’s world. “And it ain’t a mosh-pit if there ain’t no injuries!”

Why I like it: An endearing tribute to not only the late Mac Miller who tragically passed away, but also Phife Dawg from a Tribe Called Quest. This song is a testament to constantly remind your loved ones that they are truly loved and cherished.

Why I like it: Mac was my introduction to hip hop in middle school. I first heard about Mac in 2009. This song has Mac looking back to the beginning of his career in 2009, before his breakout mixtape K.I.D.S. dropped. He takes the listener on a journey from the year 2009 to present day. Before his tragic passing, he was quoted on NPR that this was his favorite song he wrote for his album. RIP, Mac.

Why I like it: A incredibly powerful and provocative statement from Childish in the midst of so much turmoil within the country, touching on topics like gun violence, police brutality and racial division. The song by itself is great. The song coupled with the music video is a masterpiece.

Why I like it: There’s an extremely ominous feel to Denzel’s TA1300 record, and it all stems from this hit single. With the visuals from the music video to Denzel’s lyrics and production, “Clout Cobain” is reason enough to get familiar with Denzel Curry. A superstar in the making.

Why I like it: With both Kid Cudi and Kanye suffering from mental illnesses, this track is their anthem. Cudi checked himself into rehab a few years prior, while Kanye is constantly suffering from his own mental health issues. This track is a triumphant declaration from both artists that they are “reborn” and “moving forward”.

Why I like it: Matt Healy and The 1975 present a social anthem of hope and positivity as they observe some of the main detrimental aspects to modern society. We’ve collectively tried to live a certain way by consuming things that are extremely harmful to both ourselves and the planet. We know this, but continue to live in our ways because that’s what’s comfortable. But The 1975 say that they’d “love it if we made it”, meaning that we ought to start living out our ethos as humans in protecting our land and loving all people. In an interview with Zane Lowe, Matt Healy talked about the song upon its initial release: “I’m saying a lot of individual things on the track, but the fact of the matter is all of these things are nuclear”. In my opinion, this song took what Childish Gambino did with “This Is America” and expanded on that dialogue. It’s the perfect anthem for 2018, which is why it’s my song of the year.

Let me know your thoughts of this list, and please leave your own personal lists in the comments! If you’d like to hear more of my favorites from 2018, below is a link to my Spotify playlist with all of my favorite singles from 2018!