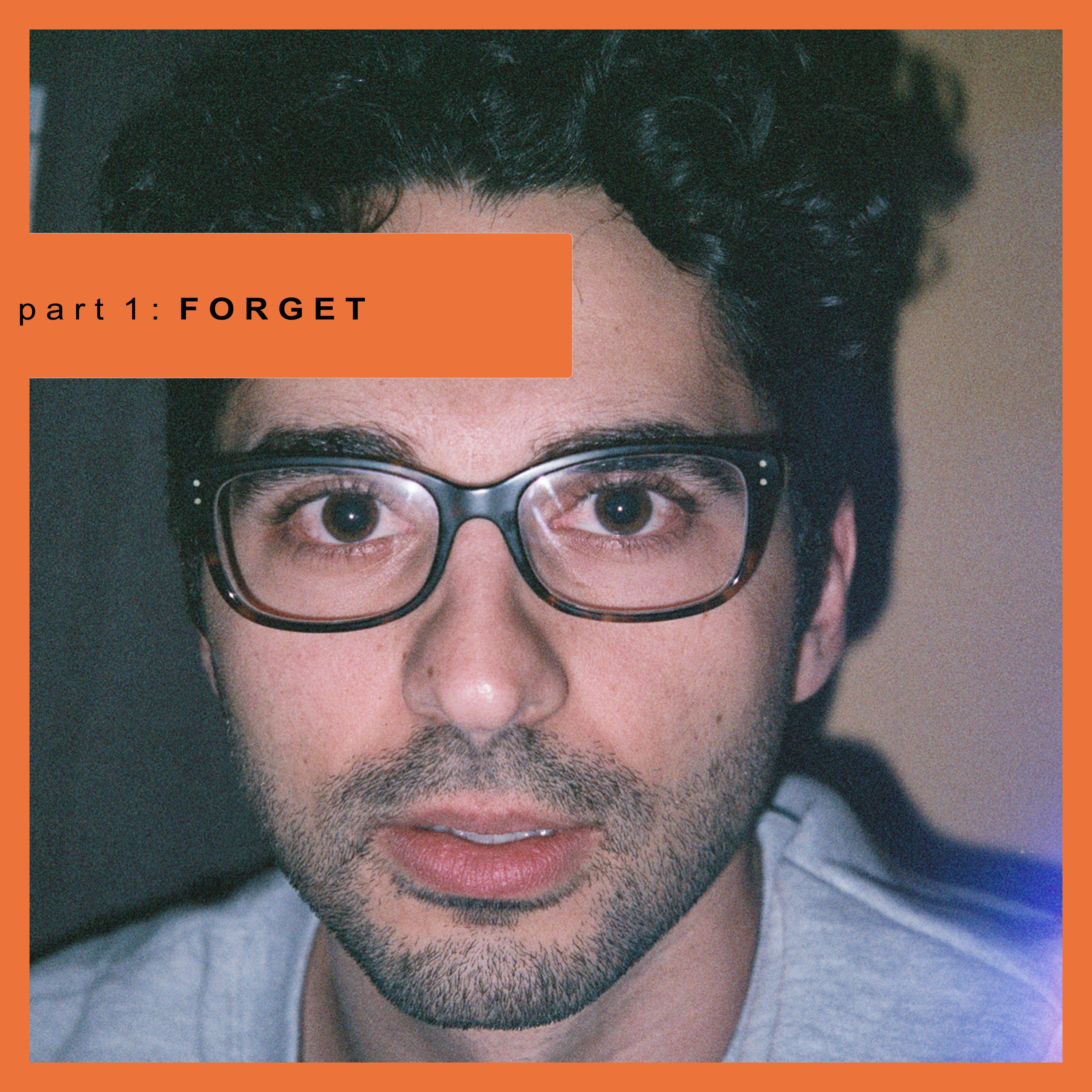 by Hazzle Joy
Like different seasons, music comes and goes. The wave of independent emerging artists are rising at a rapid speed and it just takes some time to find the hidden gems. In this Traklife Exclusive, we’ve hit a jackpot. Something honest and sincere comes from the sound of Southern California’s Byram, residing from Burbank, whom by the way, is a versatile talent. Not only does he produce music, but he sings and is a songwriter as well. His debut EP, “Forget,” co-executive produced by Josh aka NotJValle and 2 the Human, just dropped, which is part one of a larger three-part album. The project focuses on “transparency and authenticity.” “Forget” surrounds themes of “insomnia, distance, acting against better judgment, and being stuck between a rock and a hard place, mostly within the contexts of relationships,” said Byram. The sound realms of forward-thinking, mixed between R&B, lo-fi, hip-hop, and rich indie vocal sounds accomplishing an

“undeniably refreshing sound while still having an extremely digestible palette for the listener.”

In specific context to his lyrics, “I Might” portrays Byram at a breaking point at the peak of anxiety by literally painting the picture of his nightly cycle of insomnia. “Forget” is the thread that ties the whole project together and is his expression of feeling a great distance from something greater. “Catch 22” tells the story of his torn feelings and affection for a girl that is “bad news bears.” And lastly, “Away” is a conversation between him and a love interest that highlights drifting feelings moving farther apart, but left with the desire to still make it work.

Now that we have some strong illustrations of his first body of work as an independent artist, let’s delve more into who Byram is and what we can expect from him in the future. 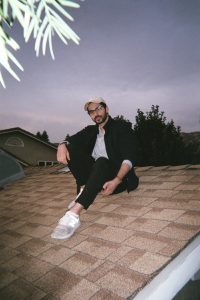 What’s your musical background? What projects/collabs have you done or are working on currently?
I was born into a family of singers and songwriters so music was a part of my life from the very beginning.  I sang a lot as a kid on TV shows, commercials, and films and then continued performing throughout high school.  I was also taking piano lessons when I was younger.  Once I got into high school I definitely shifted my focus onto producing and writing.  I had much more of a passion for creating than for performing.  Throughout college I kept writing and producing and then started really working with other artists mainly after that.  In addition to my own projects I’ve worked with a lot of indie artists in LA who are mainly in the RnB or hip-hop community. Some pop artists too.  I’d say some of my favorites of those are Ericka Guitron’s A Thousand Skins EP and 2 The Human’s The Move.  Very special music that’s filled with a lot of purpose.  Right now the next step and the major focus is finishing part 2 and part 3 of my project.
What came first for you singing or producing? When did you know you wanted to do music full time? When did you know you had the talents (singing/producing/etc.)?
Singing came first for sure because of my family and the way I was raised but interestingly producing became my primary role in music during high school until sort of recently.  I was always producing other artists and I still am for sure.  There are some exciting projects I’m apart of as a producer coming up for other artists.  But now singing and really speaking my own projects, if you will, is the priority.  I always knew I had the talents, honestly.  Although the goal is for them to still only get better and better.  It’s hard to tell why I was doing certain things and not doing others.  I knew I wanted to do music full time since I was in high school, but I took the leap into the production a couple years after college when I quit my job as an assistant engineer at The Village Recorder in West LA. 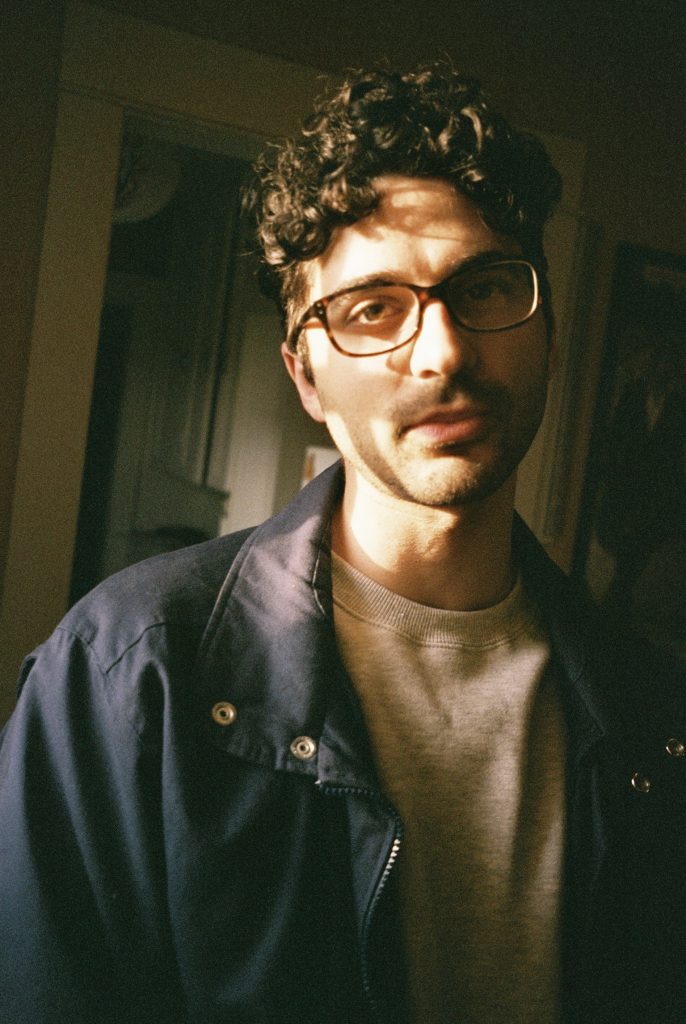 What are 3 words to describe your music?
Three words….hmmmm, intentional, authentic, and maybe slightly melancholy? haha.
What is the main takeaway you want your listeners to get from your EP?
The main takeaway would be a sense of understanding the artist and feeling understood themselves.  Hopefully that happens through the sound and feeling of the music but also the lyrics.  The lyrics are very intentional.
When can we expect part 2 and 3?
Part 2 in spring.  Part 3 maybe summer?  Right now they’re looking like they’ll have more tracks each than part 1.
Who are your musical inspirations?
That’s actually a hard question to answer.  As a child I was raised on a lot of musical theatre, movie and video game soundtracks that I loved, and my older brother’s classic songwriter collection like Billy Joel, Elton John, and Rufus Wainwright.  I think I personally connected with Rufus Wainwright’s voice and over dramatic mood.  He shaped me as a vocalist for sure.  I’d say right now my biggest inspirations are Kanye West, Frank Ocean, Bon Iver, Young Thug, and Rufus Wainwright.
If you could work with any artist or producer (dead or alive) who would it be and why?
As an artist I’d love to work with No I.D. because of his mentorship and perspective.  I feel like he’s really good at letting an artist grow authentically.  I’d also love to work with T Minus.  We’re actually friends and have worked in the studio together as producers but it will be great when the stars align for us to truly work on a project with no limitations.  His ear is unlike any other producer right now.  Honestly, I personally and emotionally connect to his beats in a way that other people don’t haha.  I’ve heard beats of his that nobody else has and there is something special about that man.  I’d also love to collaborate with Kanye West.  I’ve heard the studio process is really inspiring and free. 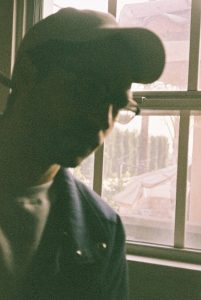 What’s next for you?
What’s next for me is finishing up part 2 and 3 and continuing to connect with more and more people as an artist and creative.  I’ve loved connecting to brand new people through part 1 so far and I can’t wait to just do that in bigger and bigger ways.  There’s also a lot of exciting stuff regarding the creative community I’m in right now that is really starting to develop.  A production company that Josh Vaiyeh (the co producer on this whole project with me) and I started.  Maybe we’ll talk more about that again soon as things continue to take shape.
Stay Connected:
Instagram: @byrammusic
Spotify: Byram
Apple Music: Byram
Soundcloud: Byram Music
Twitter: @byrammusic