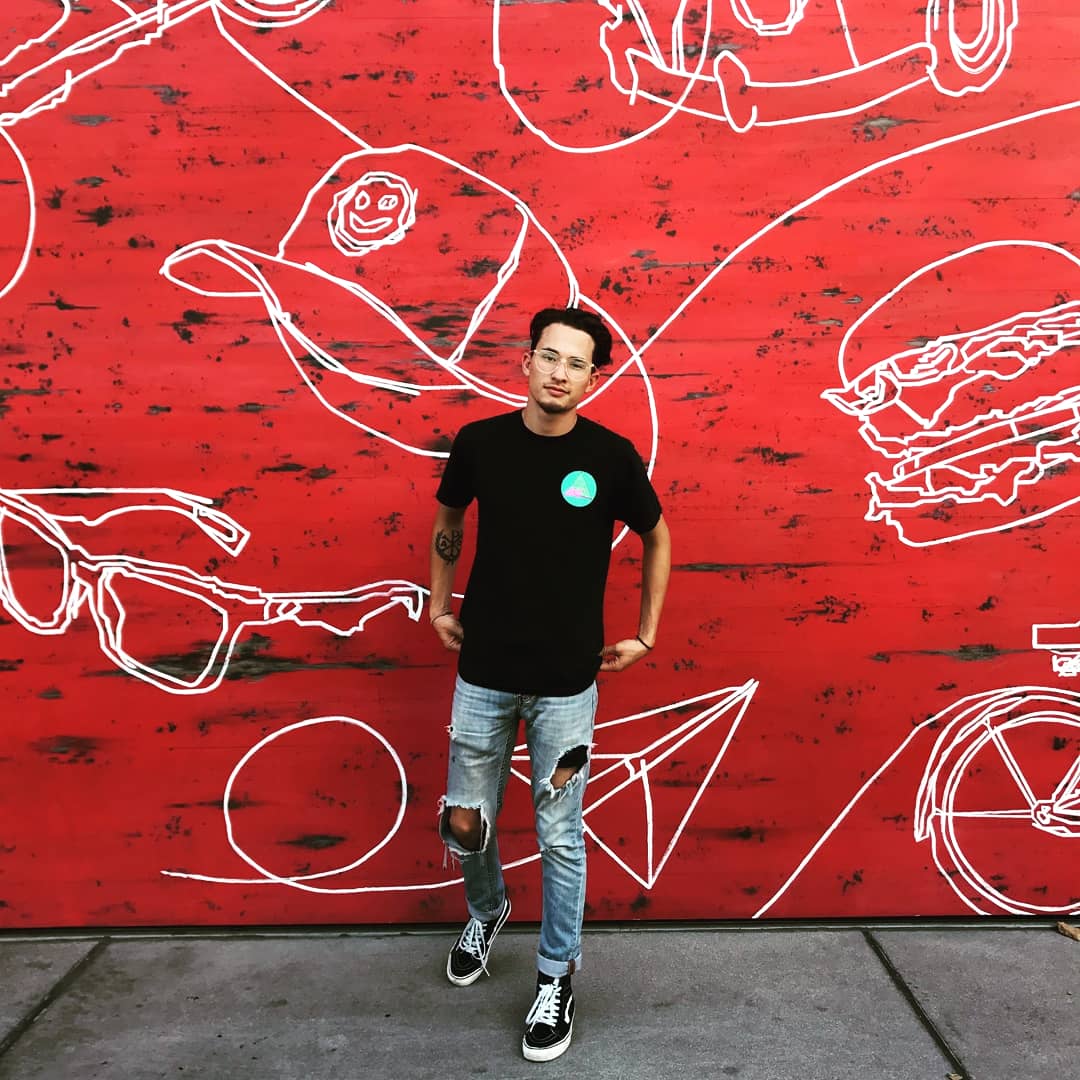 Young artist, hailing from Anaheim, California, XP Chi Rho, has the unique sound, talent, work ethic, and heart to go the distance. When I first stumbled on his performance randomly at a Sugarcuts Open Mic event, I was blown away to learn that his act was off pure freestyle. He raps, sings, produces, and writes his own songs. With multiple projects already under his belt, a line-up of new material to drop, and the experience he has in performing at local shows – there’s no doubt his hard work will pay off. His raw talent has so much more potential to bloom and I’m excited to continue following his career.

We took some time to get to know about the man behind the music. 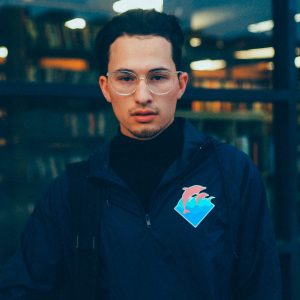 1.) What’s your musical background? How long have you been doing music?

I started off playing the drums and freestyling at 8-years-old. In Junior High I got into the trombone, became 1st Chair in Honor and Advanced Band by the 8th grade. Joined Drumline, in 7th Grade. I played Tom’s in the pit. 8th Grade I tried out for marching band and became captain of the quads. Unfortunately, I got myself expelled in the 8th grade that same year, never really returning to any formal training to any instrument. I started taking HipHop more seriously the same year, starting to record and learning how to make beats. In the time that I was expelled from my school district, a councilor at my continuation school referred me over to a nonprofit organization called Project R.Y.T.M.O. (Reaching  Youth Through Music Opportunities)  where they helped me establish a foundation of song writing,  the business of music, beat production,  and recording. After graduating from the program I become a volunteer, mentor, and teacher over the course of a 4-year time frame.  During that time frame I was able to go back to my school district by my Sophomore year and Graduating from Anaheim High school in 2015. I moved out of my Moms house at 18 to pursue music as a career more freely, having a lot of ups and downs, interning at multiple different businesses and studios. In 2016 I ended up interning at Soul Bots Music Publishing, under Rich Elizalde and Kyle Norton, where they really showed me how to hone in on my production skills, helping me develop my own sound while teaching me how to achieve commercial quality. In 2017, I put out my  first EP titled, “Tide” completely mixed, mastered and produced by me. Released a mixtape in 2018 titled, “Emerald Cities Season 1” on Soundcloud, completely produced by Yondo (mix Mastered,  recorded by me). Since 2017, I started producing for others which sparked our movement and label, “Emerald Cities Ent.”

Now I’m putting out singles for myself and working on putting out at least 11 different projects for the 11 people I’m producing right now by the end of the year.

I definitely started rapping first. At the age of 8 I started writing and freestyling, but for a WHILE I was f*&^%$@ trash!  I think I was 12-years-old when I finally wrote my first good song. Crazy enough I got the lyrics for my hook from a dream I had. The song was titled, “Dreaming With my Eyes Open,” ever since then, I knew this is what I wanted to do. I knew that this was my career path. Believe it or not, I started producing and making beats out of necessity at 14. I didn’t have any money to buy beats and at the time no one really believed in me or was trying to invest in me that way. I still kept the first beats I ever made, they were MAJOR trash and I don’t think I really even got good at producing until I turned 19. Honestly, looking back now my beats weren’t that bad, but I think no else believed in them because I didn’t really believe in me that way. I don’t know. But what I do know is that when I started to believe in the product everyone else did. Oh yeah and I sing … and I think that one just developed as I kept trying, because I f$@%^&* sucked at singing too, at first.

3.) What are 3 words to describe your music?

4.) What is the main take way you want your listeners to get from your music?

Well, for one I want all my listeners to know that they REALLY CAN do anything if they first believe in themselves and put the work in.

And second I want my listeners to know that the world would be a better place if we first learned to love ourselves.

5.) When can we expect more music?

I’m putting out a single every two weeks this year until further notice.

6.) Who are your musical inspirations?

7.) If you could work with any artist or producer (dead or alive) who would it be and why?

Damn a lot of people.. but Tupac. For his heart and message, his passion, his ability to change a life with words.

And Johnny Juliano. He has established a sound and level of quality that a lot of people try to duplicate but have yet to master,  or in my opinion, have only scratched the surface of. 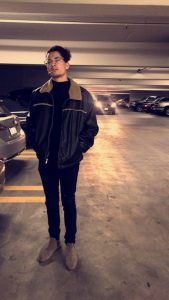 8.) What are the biggest challenges for you as an independent artist? What advice would you give to others trying to start a career in music?

I think the biggest challenge I’m facing at the moment is trying to figure out how to maximize the amount of people I can reach at this point with no budget. If I’m being perfectly honest, It has been a lot more challenging in the past, but at the end of the day I think the reason for that is, I was putting in way too much energy, trying to get others to believe, value, and validate my product without first believing in it myself.

And that’s my advice for any individual,  independent or not, music or not. You or your product will never be successful unless you believe in first and that’s just facts.

9.) How do you conceptualize your music videos/songs/projects/EP?

At first I had to really sit and think about  how I wanted to say/articulate something, whether through words or through beat, but now it just flows out of me.

But from time to time when I do get stuck, I sit down and story board. I kind of just adapt to my mood.

Honestly, I’m just taking it one step at a time but by this time next year (or sooner ) hopefully a tour. 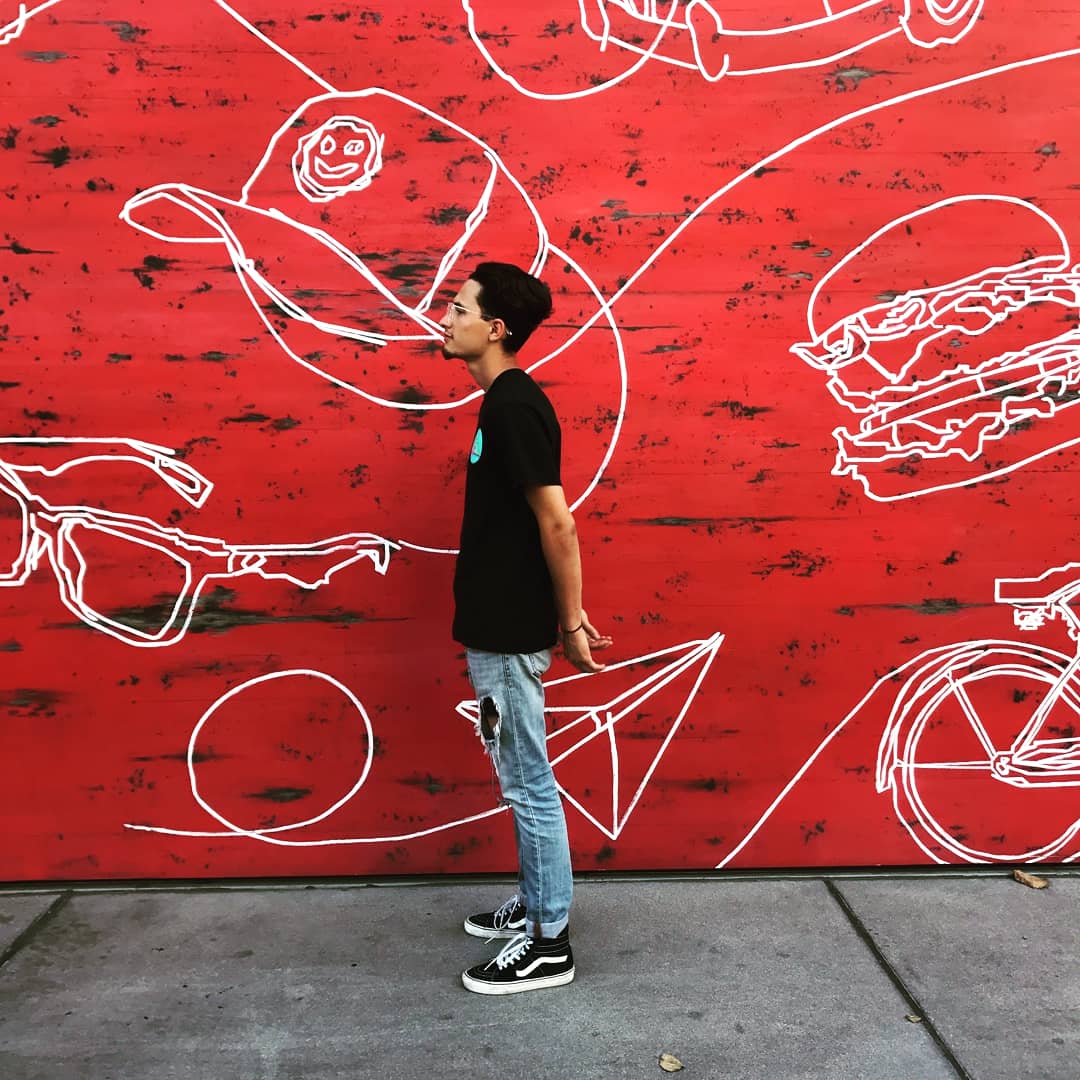