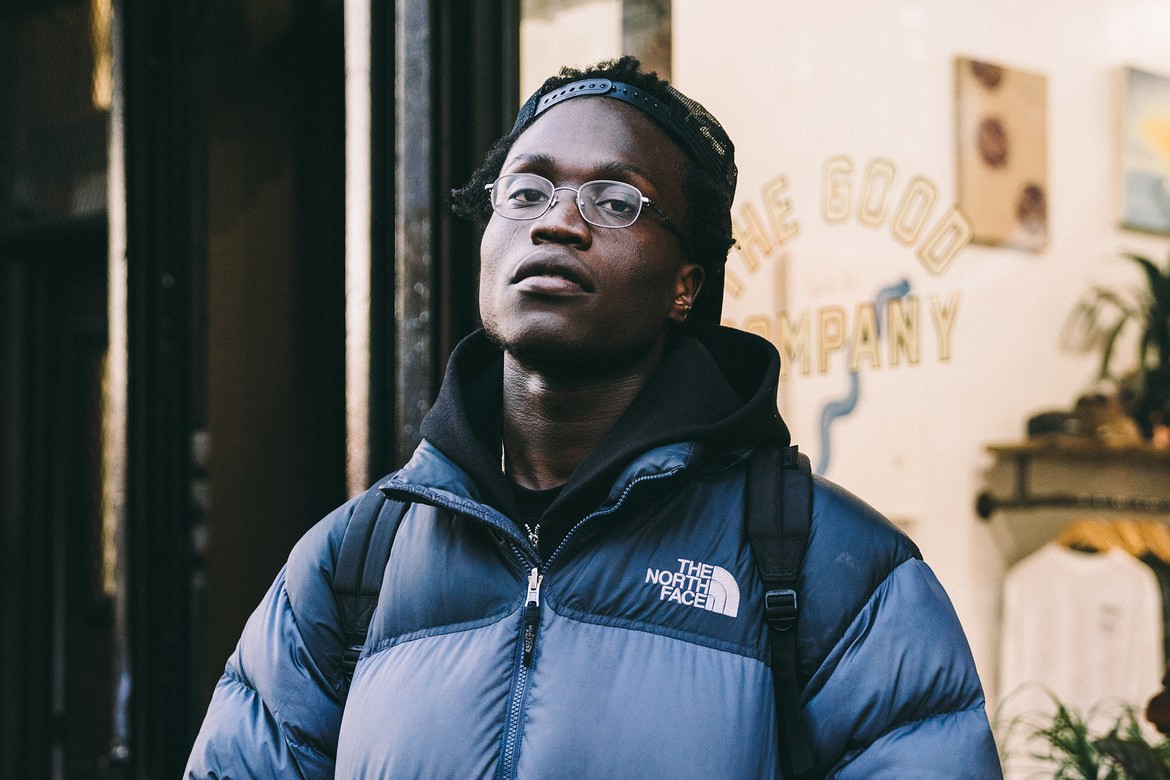 In a recent interview with Complex, young Brooklyn rapper Medhane explained how his new EP, Full Circle, primarily functions to relate his ancestral past with his own lived experiences to better reflect on the current 2020 landscape. Throughout the 15 minute project, layers of introspective dread exist even more prominently than ever before on any of his releases

These cold, depressive undertones to the music cannot be spoken about without mention of his fellow “depressed rap” NY contemporaries: Ka, MIKE, Mach-Hommy, and others whose styles all distinctively feature off-kilter sampling, monotonous flows, and cold, but poetic imagery throughout. What each provocateur for the alt-rap movement creates acts as more of a give and take, bubbling in a Hip-Hop sub-genre as intimate as the songs themselves.

Thematically, the project can best be described as an outpouring of measured nostalgia juxtaposed with the acceptance of the harsh realities that come to define the human experience. On “REDLINE,” the MC declares, “I had to feel the rain, Let the wind hit my face, Know i ain’t been the same, But i been in my ways.” Acceptance of daily life’s thin veins is treated throughout as a means to overcome and “get grown,” as opposed to being a conduit to crumble. Depression is seen as an ongoing reality and not a two-headed monster.

The project’s bleakest areas lyrically match its most experimental beats, specifically at its middle point, which culminates in the track “REVERENCE.” Here the sampling is distorted and chopped to levels at which it is almost unrecognizable, more industrial than soul-inspired. At these junctures the MC leans into his own versions of brief, but grim “street tales”  and how they have altered his perceptions on how to grow and learn.

Lyrically, Medhane succeeds at expressing these realities of maturity, in ways even more effectively than his contemporaries. Although, it would be great to see what the MC could do with such topics over a full-length project. This EP format works against him in how such heavy subject matter resolves so quick. Yet, that doesn’t mean that the individual tracks themselves aren’t insightful.

If there is any true influence on Medhane’s craft, it would have to be Earl Sweatshirt. While Sweatshirt’s lasting influence might be on making it acceptable for this new breed of MC’s to explore and pain and anguish in different ways, the varying idiosyncrasies in each’s approach are still noticeable, even if they aren’t immense.

On the closer, “4EVAFADED,” Medhane attempts to answer the question that he poses at the beginning of the first verse, when he asks, “why i relish the hurt?”. There is no clear answer, but it is evident that doing so gives him the power to keep attacking the issues that still exist in his own life.

And that in itself is a profound sentiment for a young MC who is clearly branded with pain and hurt.