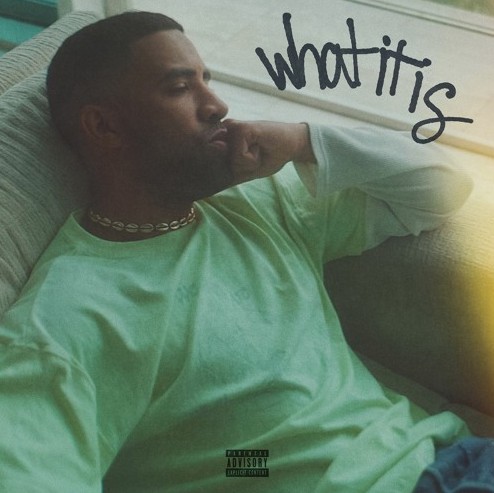 KYLE’s “What It Is”- Single Review

KYLE released his latest single, “What It Is” early this week alongside a message channeling his fears of releasing music during this pandemic. His initial plans were to release an entire album, instead of a single, his Instagram post said:

“I feel this enormous pressure to deliver chart topping songs every time and somewhere down the line I’ve convinced myself it’s what you (my fans) want from me too, but that was never my mission in the first place.”

KYLE has had a lasting impact, because he created an entirely new genre of rap music. He created a nerdy, psychedelic tone that relates to all audiences. His songs include upbeat tempos, usually audio from older video games, but his lyrics always create depth.

KYLE showed us an entirely new side on his debut album, “Light Of Mine”, released in 2018. He highlighted his struggles with mental illness. Which isn’t highlighted in music culture, specifically in rap music. Which made his album that more authentic.

His latest single seems to follow that same pattern, although it has more of a generic tone that we haven’t seen in his previous works. Even though the tempo is upbeat, he still paints a picture of loss and his lyrics that create an eerie mood.

Lyrically, he is a natural storyteller. Describing a sense of growth in losing a relationship, which is a progression in thought we saw in his previous album. But the tempo is not as prominent, especially with his lyrics they, don’t exactly match.

His Instagram post emphasizes that his music is going to help his fans going through this pandemic know that they’re not alone, and that he remains true to bringing the best version of himself to his fans.

“I came to Earth to make feel-good music to make you happy when times are tough. Well times are pretty tough and people need some sunshine.”

But with the generic tones and beats we’ve seen previously, this song sounds like a forgotten one off of his last album. KYLE does always start his albums with a soft vibe leading into more interactive music later in his albums, so hopefully this is just the start to more energetic music we’ve been waiting for.

Album update (swipe right->) drop a ? if you ready