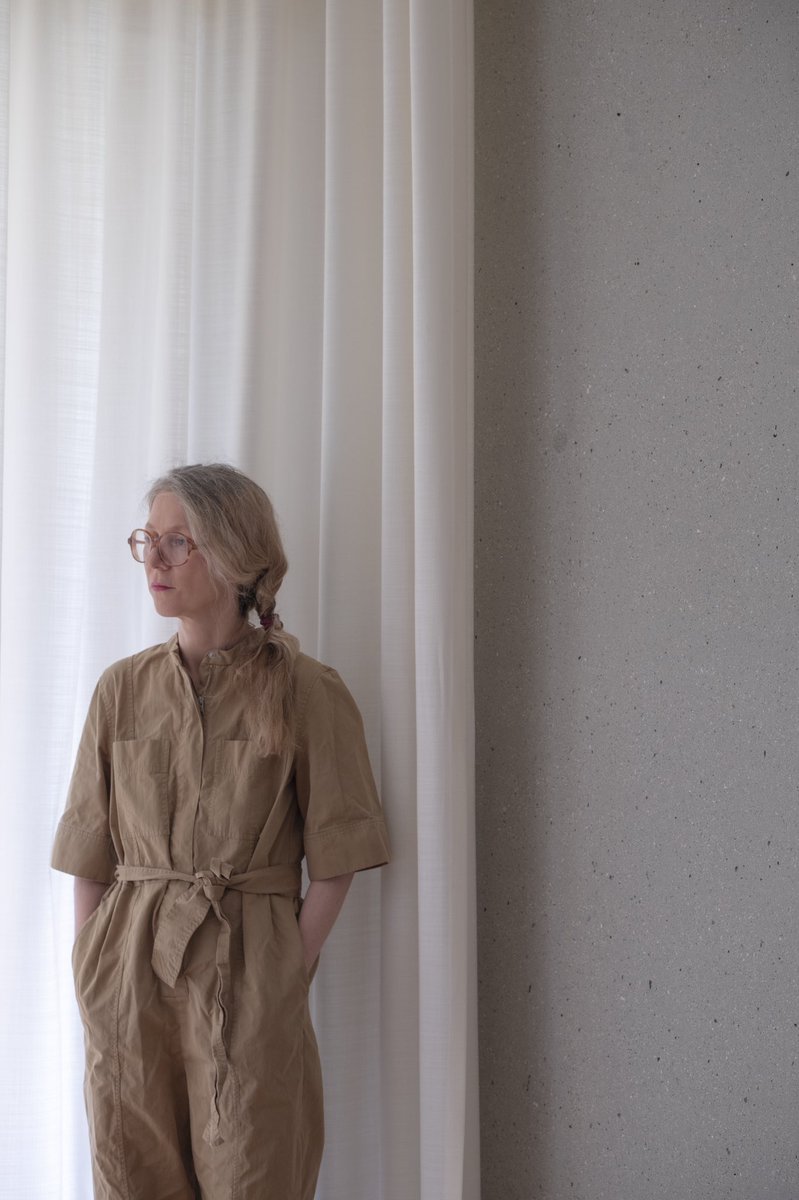 39-year-old Felicia Atkinson is the type of artist whose musical compositions function more as an embodiment of performance art rather than as a commodity. As a composer, visual artist, and poet, her work exists far beyond the streaming medium and is in many ways more suited towards being consumed in a live concert hall where the abstraction and space created in her music could be fully fleshed out.

Although, for the purposes of this review one must consider the surreal world her art exists in from the minimal lens of the tones themselves. Her most recent project, an EP appropriately titled Everything Evaporate, released in April, is an exploration of patience and demands attention to slight alterations and subtlety in the soundscapes molded over its 5 track, 49 minute runtime.

On the self-titled track that opens the project, Atkinson brings direct attention to the multiple dimensions of abstraction at play here. Over a hazy, cloudy synth tone that is as unassuming and gentle as possible, she has room to display her poetic abilities. She expresses non-linear ideas that evoke her sensitivity more so than any one direct thought. This comes together in strung-together phrases such as, “I feel the flow Of my blood, The missing parts of The dead, The coming screams Of the unborn,” which act more as symbols of unnerved anticipation than anything tangible or concrete.

Yet throughout, there seems to be a comfort in her reflections on the primal mechanisms of nature and earth that can be felt in the thin veins of the composition. She makes allusions later on in the EP, on the song “Transparent, in Movement,” to being present in being invisible, which is reflected by the meditative whispers of her voice and the soft, spooky piano/synth work that accompany the piece from a distance.

At many points on the project the isolated tones of gongs, bells, and base sounds can be heard fading in an out between the backdrop of chilly, graveyard synths and minor piano plucks. The full effect induces a meditation on life that is psychedelic and enlightening in feeling, but empty and even frightening in essence. It’s reminiscent of Radiohead’s A Moon Shaped Pool, but more naked and bare bones.

Atkinson is currently the artist in residence at La Becque Residence D’Artistes in Switzerland, which may lend some understanding to this artistic composition’s creation. It is an exercise in stripped back minimalism, even more so than her last full length endeavor, The Flower and the Vessel. While this style is very much distinctive of her work, the empty space present here on this new EP is especially noticeable, even for her.

Even the title implies that Atkinson is leaning into a “less is more” approach and challenging herself to make musical statements with as little filler as possible. Where she goes next will be interesting, especially given the culture many of us have been forced to live within throughout the majority this year, in which we ourselves have had to live in claustrophobic, minimized versions of what we are used to. In its own way this EP reflects the search for understanding that comes from that reality, where the individual desires and expects nothing and everything all at once.

Listen now to Everything Evaporate by Felicia Atkinson, on all streaming platforms.