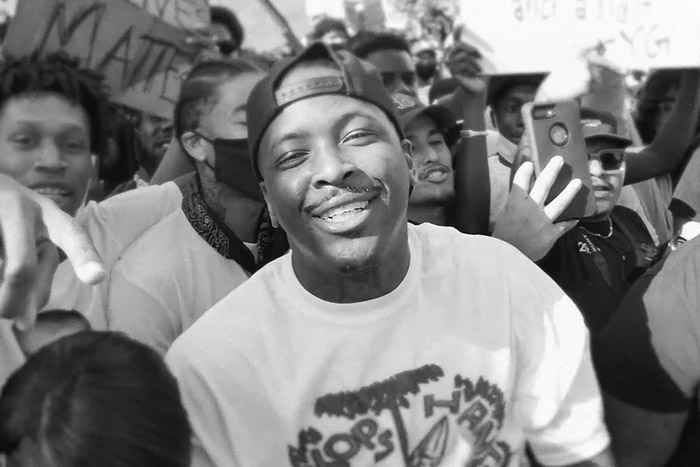 In light of the “BLM” movement, music has skyrocketed, but some artists are under scrutiny by how they address it.

In the last few weeks, the music industry has seen an influx of single releases. Which are all centered on our current climate, police brutality.

Major artists including Meek Mill, Lil Baby, Eric Bellinger and more released singles one after the other. Each single, in their own unique perspective, highlights the brutality that Black people face within society. Some even address the political and social climate of the current state of America.

But there has been much scrutiny behind how these artists address it. Last Friday, YG dropped his official video for his latest track, “FTP.” The backdrop was at a protest on Hollywood Blvd. in Los Angeles, with everyone in the background saying “F*** The Police.”

The world didn’t react well to this, some felt that it was not only inappropriate, but distasteful.

It’s completely inappropriate and opportunistic to shoot a music video at a protest meant to mobilize people in LA & uplift those murdered by police & demand justice. It’s not the place. Not the time. And not the move. I could’ve tweeted that 1st tweet better, I led w/ annoyance.

Protests throughout Black history have been used to voice grievances, to not only uplift the community but to bring it together. It’s helped fuel change and create strides for equality.

Also, some felt that it derailed from the main message. The point is to get justice for all the Black men and women who have been unlawfully killed by police. Having a music video at the forefront could seem as if the community isn’t taking it seriously.

Some even compared this protest to a vigil. Breonna Taylor and George Floyd are gone, and the accused have yet to see their day in court.

However, the problem with defining how one should react to a protest is difficult. It’s a statement to see thousands of people, from all walks of life, coming together for a common cause. But there is no right way to define a protest.

“The real story here is men and Black Lives matter brought out 50,000 people today to peacefully protest. I wanted to document that so when they hear this song and think we are reckless and violent they see a peaceful protest of all different people coming together for a common cause.”

For anyone out there talking I don’t question your advocacy and don’t think you should question mine. See you gotta understand that a lot of people out there they see me as a N*gga. They don’t see the black proud man. They see a kid from Bompton and they expect violence. They hear FTP and they think I’m gonna come and burn my city. So we showed up and did it right. We proved them wrong. The real story here is me and Black Lives Matter brought out 50,000 people today to peacefully protest and unite for change. I wanted to document that so when they hear this song and think we are reckless and violent they see a peaceful protest of all different people coming together for a common cause. That is history. That is breaking down these stereotypes on our people and our neighborhoods. All of us protesting are on the same side here..instead of questioning each other’s activism we should be directing that energy at the cops and the government and helping to create the change we want to see. Stay focused and stop that social media judgement without knowing facts and hurting a cause we all a part of. We got a real enemy and it ain’t eachother. On my momma! ? @yakooza

Whether or not this message was received, there’s still a dispute on the proper way to address police brutality.