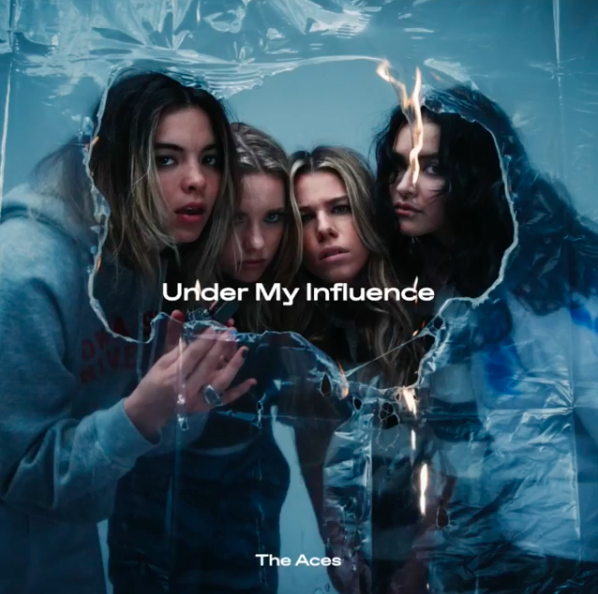 Indie-pop band The Aces dropped their latest single “Kelly” on June 1 to celebrate the beginning of Pride Month. It’s the fourth single off their upcoming album Under My Influence, following “My Phone is Trying to Kill Me,” “Lost Angeles” and “Daydream.”

The song is most notable for its bouncing, Caribbean-inspired beat and Santana-like guitar riff. The lyrics detail an unbalanced relationship; the singer wants something serious with a partner who wants to keep things casual. The chorus is extremely catchy, with a sing-song refrain of “Oh, Kelly/ what you doing?”

“Kelly” marks the first time the band has used gendered pronouns in their music. “In the music industry, you have people in your ear telling you, ‘Change the pronoun, don’t say that, don’t do that, it won’t sell,'” said drummer Alisa Ramirez in a BBC interview. “So if you have people saying that to you….it feels brave [to write about it]. It’s a step you have to take and that’s something straight people don’t have to think about – but when you’re queer you have to be like [deep breath], ‘OK, I’m going to do this and I don’t care if it’s going to affect sales. I don’t care. This is me’.”

In a statement released on Twitter along with the song, the band said, “The song that we released today is an openly queer love song and it feels so important to us, especially because June is Pride Month. It is also the first time we have openly expressed in our MUSIC the diversity in sexuality within our band.”

All this time at home has given the group time to start work on their third album, as well as stage a “digital wellness tour” on Instagram: fans could cook, work out, mediate and play games with guitarist Katie Henderson, bassist McKenna Petty, singer/guitarist Cristal Ramirez, and drummer Alisa.

Even though they’re keeping busy, the band is eagerly awaiting the return to live shows.

“As soon as we can, we’ll be on the road,” said Alisa. “First step small gatherings, second step concerts. We’ll do, like, a coffee shop tour first.”

Under My Influence will be out July 17.