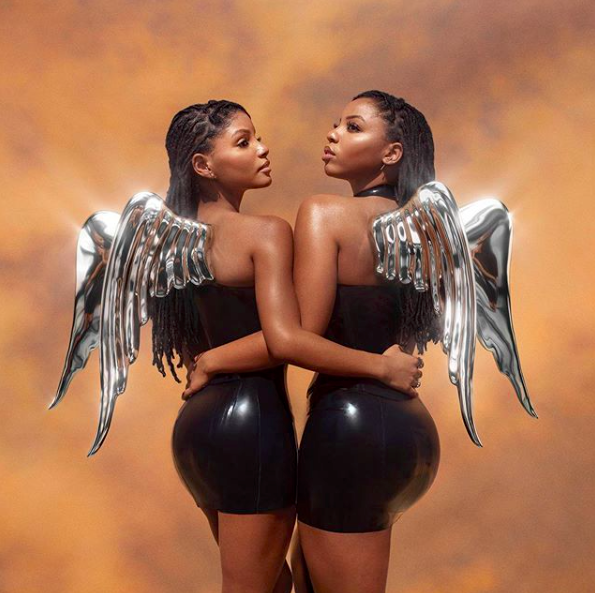 Chloe and Halle Bailey were first discovered when their cover of Beyonce’s “Pretty Hurts” went viral. Beyonce ended up seeing the video and signed them to her Parkwood label, featured them on the Lemonade visual album and had them open for her on the Formation tour. The sisters are quickly becoming stars in their own right, though; this album showcases their continued growth as singers, writers and producers.

The lyrical content is more grown-up as well, with well-written lines about familiar topics like going out with friends, unfaithful boys and complicated relationships. A stand-out track is “Busy Boy.” The sisters harmonize over a simple snapping beat during the intro before launching into lyrics like,

“It’s four o’clock // You sendin’ me too many pictures of your (oh) // Baby, are you drunk? // or did you mean to send it to another girl? // And by the way // I think I just stumbled on your girlfriend’s page // Congratulations // She sayin’ that baby coming any day.”

Chloe and Halle are masters of packing details into their lyrics, making their listeners feel like they know the whole story after listening to just a few lines. In “Wonder What She Thinks of Me,” the sisters sing about a connection with a guy who is already in a relationship. “I wish you all the best, I’ll help you pick her dress // And you can both go to Paris, you’re living the lavish // I’m actually happy for you.” With one verse, they’ve set the scene and drawn the audience into their world.

Another song that stands out is the Motown-inspired “Don’t Make It Harder On Me.” In an interview with Apple Music, Chloe said, “I love it because it feels so old-school. We wanted the background to feel so nostalgic. Afterwards, we added actual strings on the record. It just feels so good—every time I listen to it, I just feel really light and free and happy.”

Even though Ungodly Hour shows how Chloe and Halle’s sound and style has matured, the sisters didn’t want this album to be completely serious. In an interview with BBC Radio 1, Chloe said, “My sister and I, we are such music heads of real musicality and I feel like we kind of showed that on our first album, The Kids Are Alright. And for this one, we really just wanted to show how we could pair our musicianship with a few bops and letting people enjoy themselves and have fun as well as the lyrics and the messaging of the album. We called it Ungodly Hour because it’s okay to not be perfect all the time. It’s okay to have those moments of self reflection when you just don’t feel okay.”