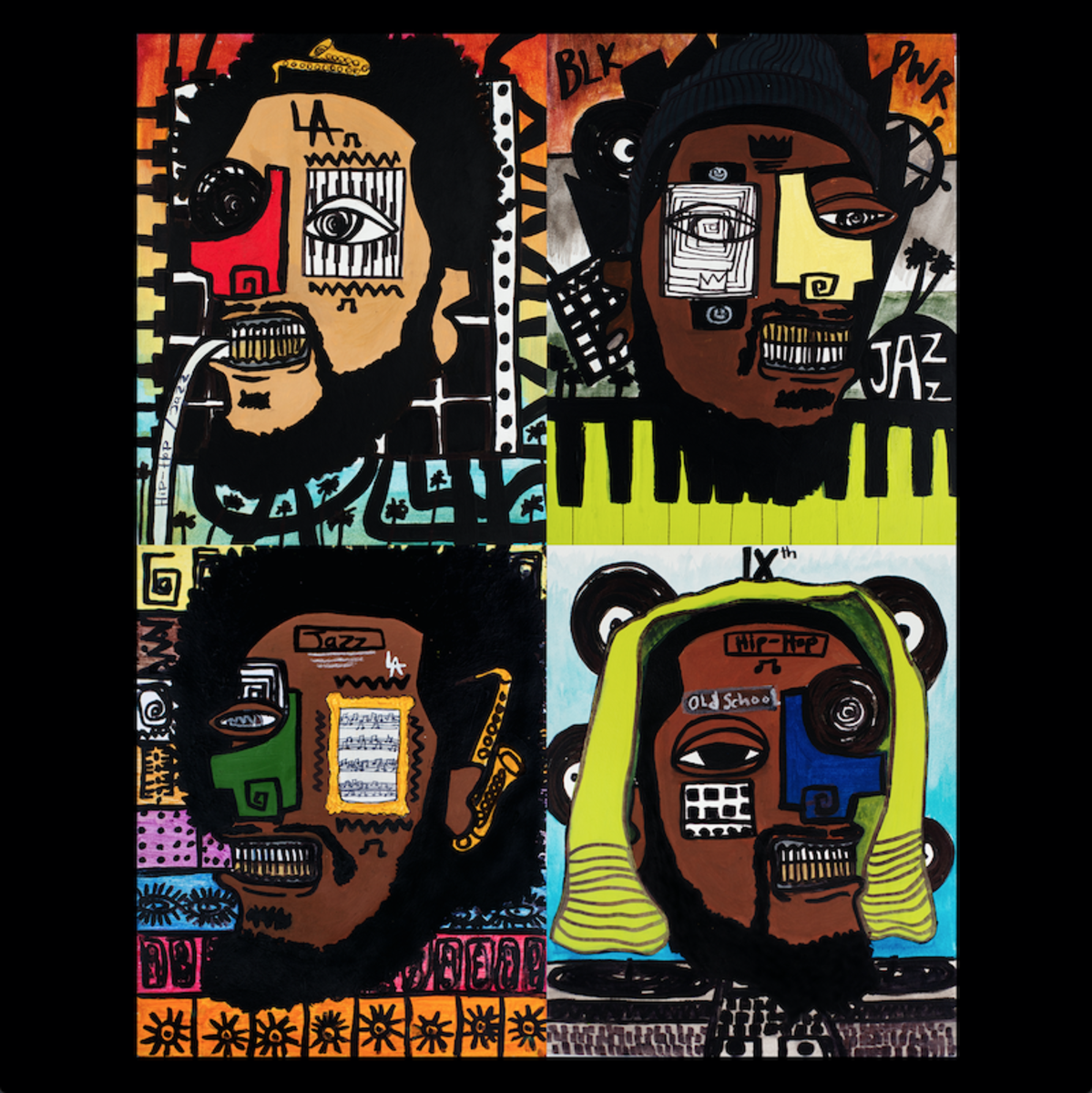 On their debut, the group is able to blend styles effortlessly and then some, innovating in the process. Opening track “Sleepless Nights” featuring Phoelix immediately sets the tone of the record, for which 9th’s crisp drum patterns and soul chops meet Improvisational Live Jazz and Funk.

The end result on the production side creates an atmosphere perfectly fit for R&B crooning, which is supplied by Phoelix on four of the seven tracks here. He is a worthy collaborator, switching styles throughout and matching the variation that exists amongst the group.

Also certain tracks like the final cut, “LUV U”, employ talk-box funk that seems both indebted to the ’70’s and forward-thinking still. The creativity and detail of most tracks here makes it abundantly clear that the recording process around this record was well thought out and communicated heavily between each of the four artists.

It is nice to see each artist step out of their comfort zone and challenge themselves on Dinner Party, making it exciting to think about not just where these artists are headed, but also where Jazz, Hip-Hop, and Soul are moving towards in general.

Listen now to Dinner Party on all streaming platforms.