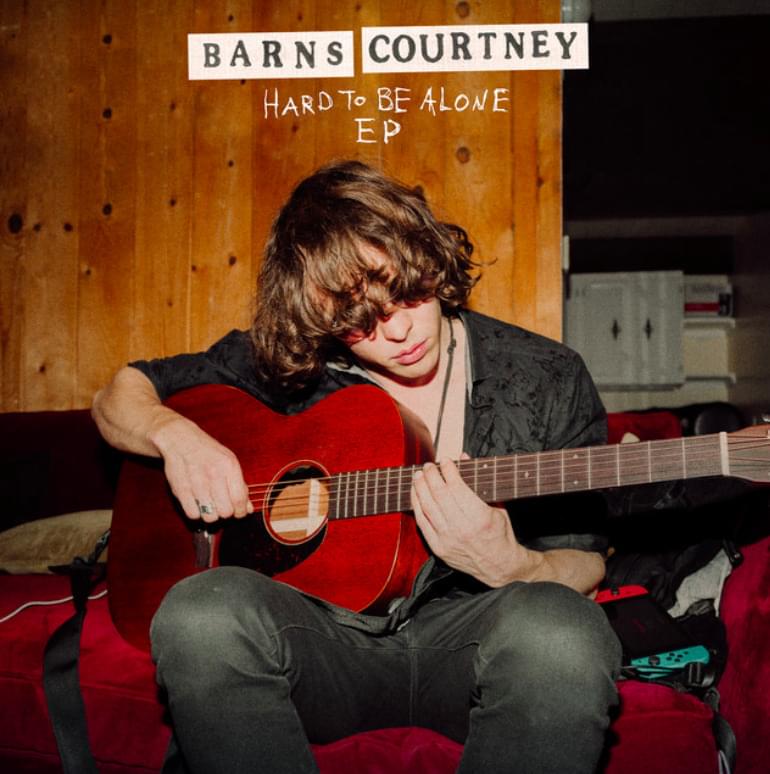 While some artists have pushed back release dates while we’re all quarantined, others are hard at work on brand new projects. One of those artists is Barns Courtney. The blues-rock singer surprised fans by dropping Hard To Be Alone, a 4-song EP, last week.

The EP is notable more for what isn’t there. Courtney’s songs usually have loud guitar licks, heavy drumbeats and lots of backing vocals, all of which add up to a larger-than-life sound. On Hard To Be Alone, he strips things down with more acoustic sounds and lighter production.

The songs all follow the same theme: Courtney’s ruminations on past relationships and wistful memories of home. A standout track is “Missing You.” The song is simple, with an acoustic guitar rhythm carrying most of the song. However, Courtney makes it catchy with some well-placed handclaps and subtle backing vocals.

“Dopamine” is another song that stands out. The mournful piano ballad describes a relationship where both parties are struggling with substance abuse. Courtney sings about a lover calling him from her hospital bed before they go out to party again. “As the dopamine begins to light your eyes // There’s nothing but the dust and dirt to keep us up tonight,” he sings over a swelling strings section. “Oh darling, if we end it all at least you’re by my side // and we can never die.”

In a statement released with the EP, Courtney spoke about how difficult it’s been to adjust to staying home when he’s been touring for the last few years, saying,

“These past few months are in such stark contrast to life in transit that even my writing process has changed. I’ve found myself back at my roots, confronted with all manner of lost lovers and loneliness. As if the moment the waters calmed, all my daemons swam up to the surface to take a look around. This EP has been a sort of catharsis for all that. In a roundabout way, this moment of stillness was just what I needed.”

Check out Hard To Be Alone here!

barns courtneybluesEPfolk rockhard to be alone