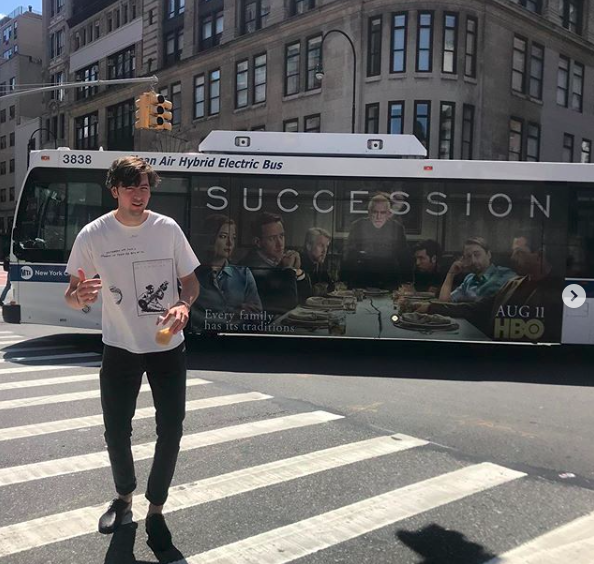 You’ve probably heard Nicholas Braun’s name before. He’s an Emmy-nominated actor, most famous now for his role in HBO hit Succession, but if you’re like me, you recognize him from 2005’s Sky High, plus his appearances in many Disney Channel original movies.

However, he’s not just an actor. Braun just dropped his debut single, “Antibodies (Do You Have The),” a pop-punk track about dating in the era of COVID-19. Yeah, it’s about as strange as it sounds.

“If you come within six feet, it’s mask on,” he sings, “But if you got antibodies, it’s pants off.” And that about sums up the song. It’s funny and almost painful because of how truthful some of the lyrics feel right now (“Do you have the antibodies? ‘Cause if you don’t you better stay away” feels especially poignant).

You might think this is a joke (a punk song about coronavirus? Come on!), but Braun s very serious about launching his musical career.

“I started writing songs like six years ago,” Braun told Rolling Stone. “I’ve just been very hesitant to put anything out. It’s always in the back of my head — making music. I’d love to perform, I’d love to tour. This is the first thing I’m officially putting out, but I love this song.”

Braun made a music video for the track, created from clips that fans and friends sent in. An announcement at the end of the video informs us that all proceeds from the song go to Partners in Health and Community Outreach & Patient Empowerment.

“Antibodies” is a weird song. But hey, these are weird times.

Check out “Antibodies (Do You Have The)” here!