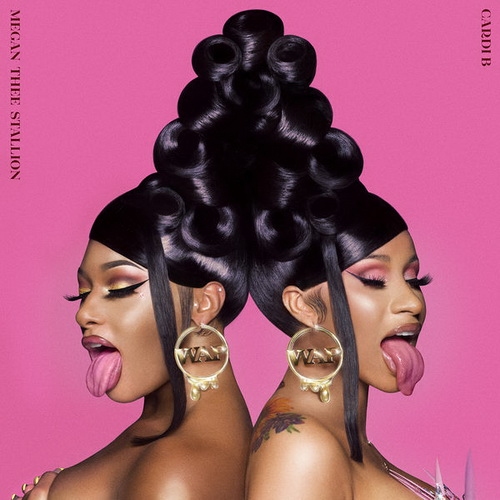 “WAP”-A Song Women Should Be Proud Of

Megan thee Stallion and Cardi B dropped their latest single, WAP, it struck a chord in everyone but for all the wrong reasons.

When the announcement for Megan Thee Stallion and Cardi B feature dropped, fans were eager to listen, they’ve both made a significant statement within the rap community.

Two women who’ve infiltrated the industry heavily, on the backburner creating a space for other female artists to do the same. They’ve created a platform that set resilience into motion, releasing one major hit after another. And for them to collaborate was a major step in the best direction.

However, when the song dropped they were getting more blame than praise. Most fans were excited about the song, it took sex into an identity most aren’t used to hearing from women. Especially in the rap community.

Which is where the criticism stems from. Within the industry, men are known to use sex as a pivotal point in most music. Usually vulgar and always explicit. Now that women have taken that same stance, they’re brutalized.

Given the rap industry is male-dominated, masculinity comes to play. Idealistically, when women talk about sex, it’s supposed to be based on the “sensuality” of making love or experiencing something sexual with a partner.

It can never be about the surface level of sex, it has to have the ‘feminity’ component, without it the message is lost. But who’s to say women can’t do it, especially if they’re doing it better.

We already went gold in 1 WEEK ??? @iamcardib thank you for having me and thank you to everyone enjoying the record !!!!??? #WAP

Cardi B and Megan thee Stallion have created a space where women can talk about sex in ordinary conversation. Opening the conversation to women to have open sexual desires and the strength in encompassing just that.

It’s always a clear depiction of how the industry is evolving. Men can’t be the only artists to talk about sex, and it shouldn’t be the set standard. Now opening the topic up to women creates a more inclusive space for artists alike.

It would be naive to say that this song is for the everyday listener, the song is completely unfiltered; explicit in description and vivid in imagery. But they both painted a vivid picture that adds to their development of being natural artists.

It’s completely direct and most importantly, it’s real. These are real women who have their own desires and wants, and they’re just keeping the same energy.