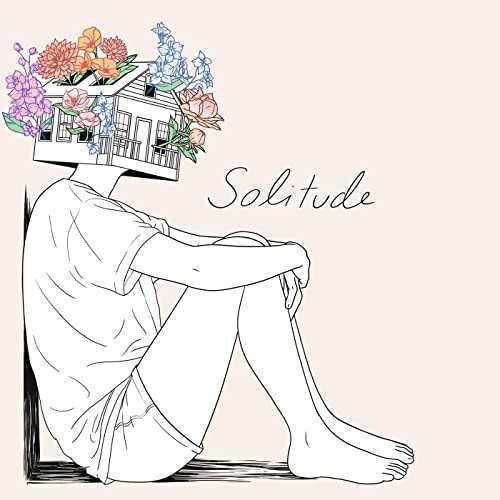 Tori Kelly did what she needed to do in her latest EP. Solitude is a compilation of five songs that individualize themselves from the other.

Kelly’s a veteran to the industry with a 10 plus year career under her belt. She’s created a platform that encompasses the rejuvenation for the need for lyricism, vocals, and instrumentation.

The soft strums of the guitar bring Value into fruition, accents of an early 2000’s energy that brings back the nostalgia. Kelly’s voice alone is the sound, but adding the accents of guitar strums we know this is a Kelly original.

The story behind the song grasps the monument in self-worth. Kelly’s lyrics emphasize that boundaries in loving oneself create an ambiance of empowerment. That being hurt, is better than being used.

Floetically falling into Don’t Take Me Home, a love song based on the comfort of being in one’s lover arms. Her first liner: “I love being close enough to hear you breathing/Sneaking little kisses for no reason,” really gauges the listener about the value of the little things in love.

She made this EP in the comfort of ‘solitude’. In the state of quarantine, finding peace and tranquility is very fluid, but Kelly brings it back to the simple things. It resembles a “young love”, where the attachment is strong when facing the world together.

“We could drive around until we get lost, dancing’ in the grass with our shoes off.”

But what is exponential in this song is not the lyrics, it’s her runs. You can really appreciate the growth of Kelly as an artist, even as a veteran she continues to challenge herself and push her limits vocally. Especially towards the end of the song, she doesn’t hold back as she gracefully ends.

Tori Kelly lives in the perfect pocket of existence. As her career unfolded she met the people to expand her artistry. Gospel, Pop, and R&B-soul all under her belt she is one of the few artists out there that have mastered it all.

Time Flies was individually peaceful. This song really shows her range as she’s able to cover a mainstream song, and put her own personal touch. Given that it’s Drake’s single, she makes it completely unrecognizable.

Collaboratively, the guitar and her voice is really all any of her songs need. It relates back to her old music like Paper Hearts, something simple in production, while her voice carries it the entire way through.

lil’ cover for your monday ⏰??‍♀️time flies by @champagnepapi. full video on my youtube… throwin it back to my youtube days

Surface level Unbother seems like another upbeat pop song, but as the song progresses it becomes a three in one combo. Kelly gave us a dual perspective of her identity as an artist, the generic pop music that she once produced and the soul energy that started her career.

Kelly wasn’t holding back with her runs, she made sure to give her listeners exactly what she wanted. But this ties into her previous theme of self-worth.

Her lyrics touch on empowerment, and choosing happiness, as she shifts into her breakdown in the song. She gave a spoken word breakdown, with effortless runs to follow. We get the best of both Kelly; the soul and the surface.

Ending the EP with Glad, is a love song to her husband. Kelly’s vulnerability in this song made it stronger, gauging that the loss of her husband would be devastating. She dives into their relationship, all the trials and tribulations that most couples go through. But at the same time giving all thanks for loving her the way he does.

Kelly does something different though, she takes accountability for all the things she does wrong, but is still working on. The song ‘humanizes’ her giving relatable content that her listeners will be able to relate to.

In Solitude she created a piece that has value, in lyrics, in production, and in vocals. Kelly made this EP as a coming of age piece. Paying homage to the music that started her career, while expanding beyond her limits and range. You can really gauge her artistry improving as we see an entirely individualized vibe in ‘solitude’.