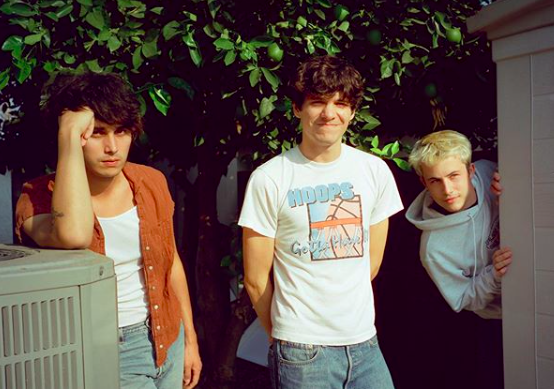 One of my favorite releases last year was Wallows’ Nothing Happens, an indie-pop album from a band fronted by Dylan Minnette, a.k.a that guy from “13 Reasons Why.” Wallows has continued to drop singles and videos throughout 2020 and even played a world tour! Of course, in present times, a world tour means four pre-taped sets at the Roxy that dropped on different days and times for fans in all time zones (the last set will be available September 27 at 2am PST).

So, if you want to catch up on the Wallows hype, check out their latest single, “Nobody Gets Me (Like You).” It’s the first single off upcoming EP Remote, which the group recorded entirely in quarantine.

“Because we were doing this remotely, this EP forced me to learn how to use my computer programs better and record stuff in a better way,” drummer Cole Preston told Rolling Stone. “As far as the songwriting goes, it was interesting to be apart because we weren’t writing on Zoom calls.”

Instead, the group sent voice memos back and forth, and even recorded all the vocals for each song on iPhones.

“Nobody Gets Me (Like You)” is an upbeat ode to that one special someone in your life: “So many people,” the band sings over a fuzzy mix of guitars and synths, “And nobody gets me like you.” You get the feeling that, even though the band recorded the song separately, it was a blast to make because it’s a blast to listen to!

“In the context, ‘nobody gets me like you,’ it’s such a simple title but I also just feel like it is really special when you feel like you find someone who you connect with in a way that’s way deeper than just surface-level stuff,” guitar player and vocalist Braeden Lemasters told MTV.

I suggest listening to it with that one person in your life who completely gets you for the maximum serotonin boost.