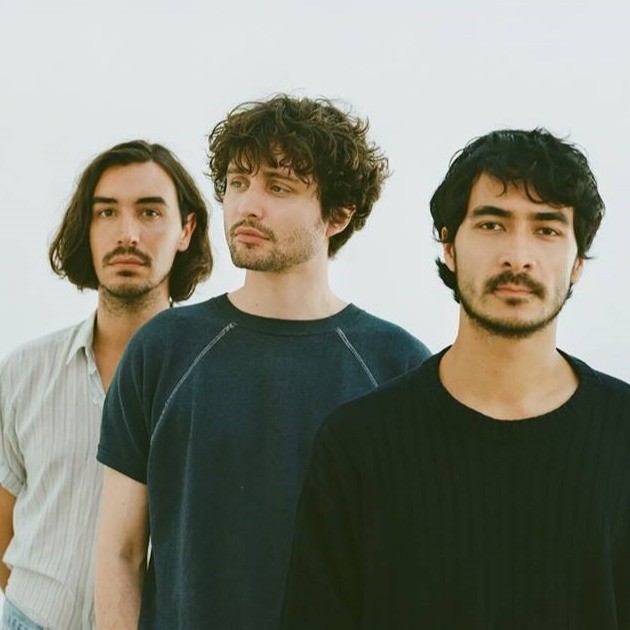 I first heard Flyte when I went to a Jade Bird concert last year. They were her opening act and after one song, I was obsessed. The British trio’s music sounds almost old-fashioned; lots of jangling piano lines and intricate harmonies.

They just released “I’ve Got A Girl,” their third single this year. The title sounds like a romance song, but the lyrics tell a different story. “I was your biggest fan // Now I want my money back,” lead singer Will Taylor howls. “I’ve got a girl // She hit the road and I killed the music // Who made me do it?”

This is about a break up, but not the one you’re probably thinking of; instead, it’s about breaking up with a friend and/or band member. Flyte was originally a foursome, but just before the group hit it big, piano player Sam Berridge left the band. The group hasn’t said outright that the song is about him, but….well, who else could they be talking about?

“Where all the other tracks on this record are about a romantic relationship coming to an end, this covers the loss of a creative one,” said Taylor. “There’s definitely a bitterness listening back to it, but at its core is the sound of a band completely letting go and having a genuinely cathartic time. We recorded it very late at night and more than a little intoxicated.”

The group has also still found ways to perform for fans; in September, they announced a show on London’s Parliament Hill with 24 hours notice. 300 fans showed up and got to enjoy some live music, while still remaining socially distanced. The group has also been playing what they call “doorstep shows,” where they drop by the homes of unsuspecting fans to play a few songs, live streaming the whole thing on Instagram.

Flyte’s upcoming sophomore album was recorded in L.A. and, based on the singles released so far, the group is taking some major influence from the Laurel Canyon sound (CSNY, Eagles, Jackson Browne). No word yet on the official release date, but fingers crossed it’s soon!