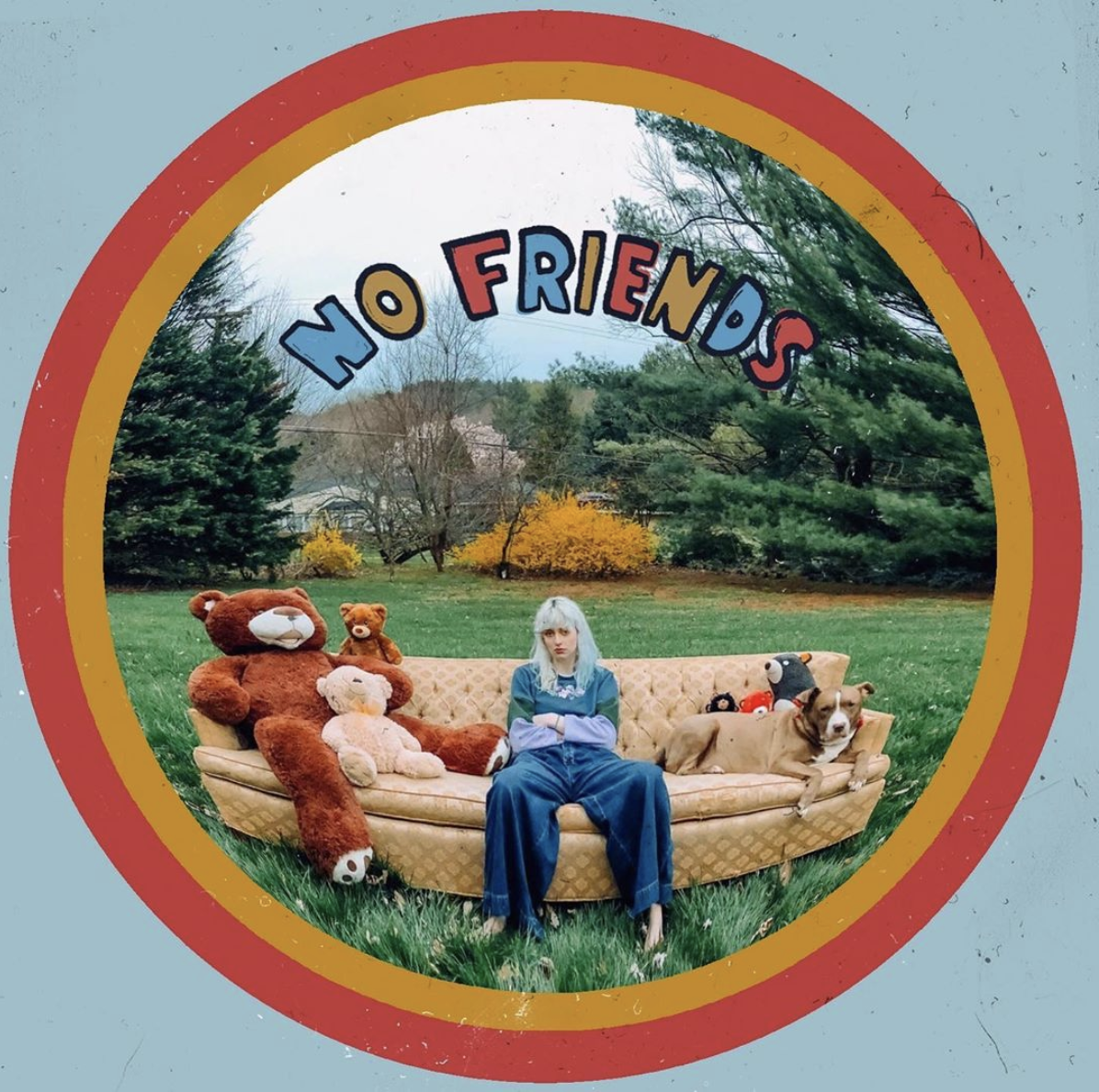 Quarantine was without a doubt the biggest shift of 2020, leaving everyone feeling isolated, unsure, and feeling like we had no friends.

Personally, I’ve been spending a lot of time trying to find new music to fulfill my many different stages of spending all day in my apartment. One new artist that has been on ALL my playlists recently is mazie, a sad girl given human form. Her demoralized lyrics are always cheerfully delivered.

She’s a newcomer, with her catalog being three songs long, all released this year. With such a limited pool to draw from, I want to discuss all of her singles, her first released in April.

Her most played track, “no friends” is the song in every introvert’s soul, perfectly capturing the feeling of yet another Friday night with no plans to speak of.

“If less is more then I’m doing the most

I’m so bored, and I feel like a ghost

I don’t wanna smoke no more ’cause I’m broke

And my window won’t open

God, my life is a joke

But then I wake up, and I do it again

But that don’t mean nothin’, and I don’t have any friends”

Speaking of establishing, the singer is well on her way to crafting her own signature style. In the majority of her written communication, I’ve noticed the distinct lack of capital letters. Is this a ploy to be edgy, piss off the grammar police? Or simply because it looks nice? I doubt we’ll ever get an answer. The next piece in her persona is her dynamic fashion sense, I don’t know what “drip” is per se, but I hear the youth talk about it, and I’m fairly certain she has it.

Her second track “i think i wanna be alone” gives us a similarly jovial beat, with standoffish lyrics.

“Remember don’t forget me at home

Of not being alone, yeah

You can’t save this side of me

Listening to the song alone paints a picture of an aggressive homebody, determined to ignore the world while they stay safe inside, the music video paints a more complete picture.

Everything about this video is peak Gen Z, the new vintage feel of the video, the moments of appreciation for the dog, and it wouldn’t be a young person’s video without taking a well-deserved *sigh* at the general state of the world.

Her most recent single, “sippy cup” is the most drastic example of happy-beat versus sad-artist she has shown us to date. With very few lyrics, mazie admits she might be depressed. One tell-tale sign of this is her room being filled with dirty dishes, namely cups.

The positive tones and joyful noise offer bombastic happiness, while her lyrics tell the real story.

“sippy cups on my bedroom floor

doin’ much worse than I was before

from losin’ my one loose grip like, who am I kidding?

i’m practically givin’ up on myself

If i was never even (oh my god)

i’ve been outta my head

but i think it’s just ’cause i might be depressed”

So far, with three songs in eight months, mazie has given us an outstanding introduction to who she is, and what she’s all about. I can’t wait to see what she’ll do in the future.