Entering the year 2020, everyone including myself had such high expectations for what this year would have to offer. When the world was struck with the virus, there was so much uncertainty and for once, a severe sense of the unknown in everyone’s day to day life.

With all of this time we have had to ourselves, one of the brightest lights through all of this has been the way artists are showing more vulnerability in their work. It may have taken a bit longer than expected, but mid-way through the year artists and their bands were finally at a point where they could resume making music in their studios.

For fans, it was not only unknown what any of it would sound like, but also what the artist themselves would be sharing lyrically. In this article, we will be taking a look at a few artists that really wore their hearts on their sleeves this year and delivered touching and open work that made life seem a little less lonely. 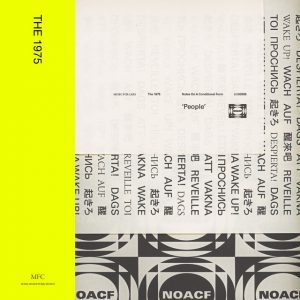 Notes on a Conditional Form was released on May 22nd, 2020 by The 1975. This is the band’s fourth studio album and one that was entirely different than anything they had released before.

Notes is the longest of the four albums, consisting of 22 songs that cover almost every genre. For the fans of The 1975, they know that lead singer and frontman Matty Healy struggled with addiction for a very long time.

Not only did it show in his work, but also during performances. He wasn’t the most vocal about it until he entered rehab, when even then, it was still a mystery what he was truly going through personally at the height of it all. Once a band that was utterly innovative in their modern 80s pop sound, Notes revealed them in a completely different light.

They showcased more instrumental tracks, more ballads, 90s post wave punk, country, and lyrics that plucked more heartstrings than before. With the last three albums, The 1975 always had the same intro track, but depending on the theme of the album, the sound of it changed.

With Notes, they decided to get rid of the traditional intro and partnered with Greta Thunberg to do a track including her voice over that touched on our global climate issues. Throughout the album, Matty’s lyricism is some of the best I’ve heard, he opens up about his personal struggles with his addiction, his relationships with his bandmates, a track with his father, and even one highlighting the issues we like to ignore in our world today.

Notes was released at such a perfect time, covering what I think people needed to hear at the time it went public. As fans, it was definitely a different sound and approach, but one that was executed perfectly. It really felt like we were reading the bands personal journals whether that be sonically or lyrically. 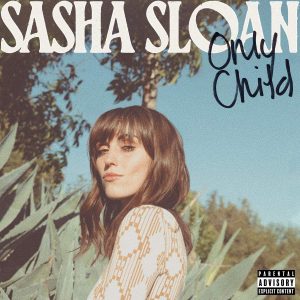 Sasha Sloan released her debut album “Only Child” on October 16th, 2020. The 25-year-old singer is notorious for her mantra “sad girl Sloan” which she definitely brought to this body of work. The 10 track album takes listeners through Sloan’s struggles, whether that be daily, or long term.

This specific body of work compared to her earlier projects really feels like a personal journal, a way for her to truly connect with her fans. From listening to it myself, I was very proud of Sloan for allowing herself to open up so much about issues that many struggles with but don’t ever focus on. The album opens with “Matter To You”, a song about feeling alone in the world, feeling unseen, but having someone that makes you feel like you are cared for.

Following “Matter To You” comes the title track “Only Child” where Sloan brings a new, lonely, and bittersweet perspective to being an only child. This track I specifically connected with due to the fact I am an only child myself. The rest of the album goes on to discuss topics such as depression, bodily insecurities, love, and overcoming early teenage, and early adulthood trauma. The closing track is “High School Me” which I feel is such a great piece to close such a personal album. Sloan reflects on her life and how insecure and out of place she felt in high school.

She used this opportunity as a way to almost talk to her younger self and in the chorus says “if high school me could see me now”. “Only Child” seems like the last chapter of a beautifully tragic novel. A body of work that will always be seen as a self-reflection to not only Sloan herself, but the many people who will hear it as well. 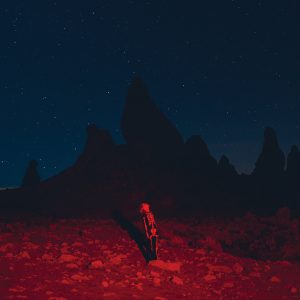 Phoebe Bridgers graced the world on June 18th, 2020 with her second studio album “Punisher“. 11 full tracks, “Punisher” is definitely another breakthrough for the indie singer. Bridgers connects with her roots and reflects on past relationships in songs such as “Garden Song” and “ICU”.

Bridgers dated her drummer and during her depressive period, she couldn’t help but feel that they would fix her, which she later realized is not a healthy way to go about a relationship. “ICU” reflects on that time in her life and talks about how we as humans can sometimes confuse our problems with the person we are with. It’s definitely an honest song and one that puts a spotlight on feelings that are too often ignored rather than confronted.

A lyrical masterpiece, “Punisher” really took Bridgers singer-songwriting ability to the next level. Combining her soft and dreamy vocals with light and airy acoustic tracks, this album is an emotional rollercoaster through her life and music career. On the track “Kyoto” she touches on tour life, how it’s a love-hate relationship, just like when she gets time off at home. The title track “Punisher” Bridger’s brings up an interesting topic I haven’t quite heard on many songs. This song is about meeting your idols and trying not to be a punisher or someone who drains them to the point they are no longer listening.

She talks about meeting her own fans and how sometimes they will catch her at the worst times, but those interactions mean the world to them. She talks about having to be as present as possible and tries not to glaze over to the point she no longers hears what they are saying, she doesn’t want to escape the conversation even if she may want to. Definitely, an album for a backcountry road at your grandma’s house, or maybe that’s just what it was for me. An album that connects you with your own roots, and even gives new perspectives on troublesome topics that I feel everyone has gone through or will go through. 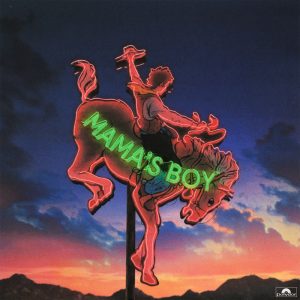 “Mama’s Boy” marks LANY‘s third album. From the boys living in a one-bedroom apartment in Los Angeles to topping the charts, this album is a milestone for the band. Lead singer Paul Jason Klein connects with his roots as he delivered this emotional masterpiece. Their last album “Malibu Nights” was a heartbreak album, as Paul began his journey of healing from his ex Dua Lipa. At that time, the band was touring nonstop, so when they began writing “Mama’s Boy” they knew they wanted to separate themselves from the stage and go back to where they came from.

Klein, now 31, has quite a lot of life to reflect on and took the opportunity to do so with this album. All three band members originated in the countrysides of the United States so when creating the sound of the album they wanted to take certain aspects from the country genre and incorporate them into the 14 track piece. Showing tremendous vulnerability, Klein touches on religion, love, family, the downsides to fame, and reflecting on past relationships.

Key tracks that really showed Klein’s songwriting ability include “if this is the last time”, “i still talk to jesus”, and “nobody else”. Highlighting what it is like every time he leaves his family for a tour, how his lifestyle has made him reconnect with his religious roots, and a love song for his future wife, the lyrical and sonic aspects of the album does not fall short of what LANY truly is…magic.

Overall, 2020 may not have been in everyone’s favor but it has allowed us to feel closer to the people who soundtrack our lives. To the artists who have contributed music as the albums mentioned, I cannot wait to see what more is released from not only them but many more! Included in this article is the playlist “Alive” curated by me for Traklife Media Group.

A collection of songs off the albums mentioned, and from a variety of other musicians who have really used this time to open up. Hopefully, these sounds can help those of you reading, and maybe you can then help someone else. 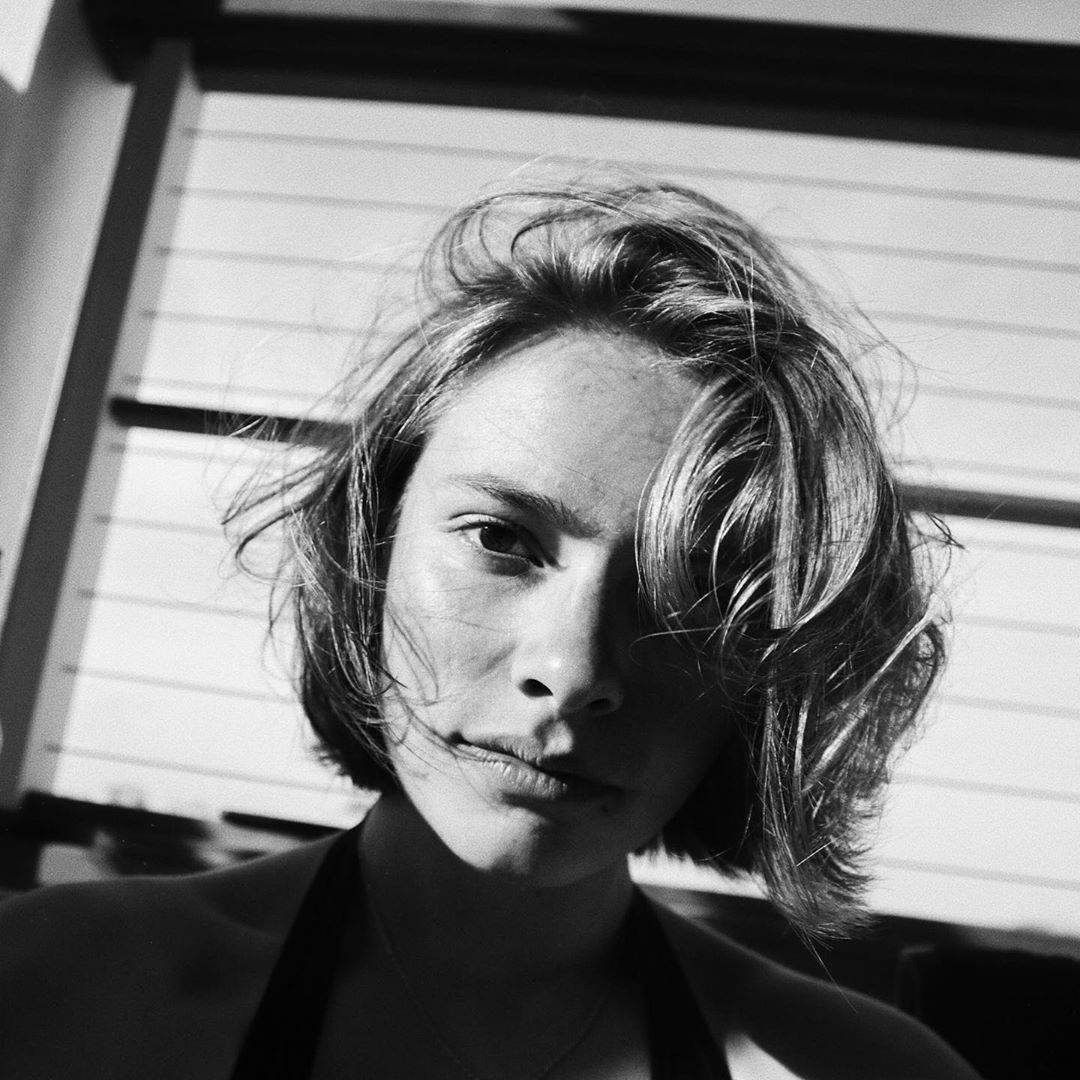