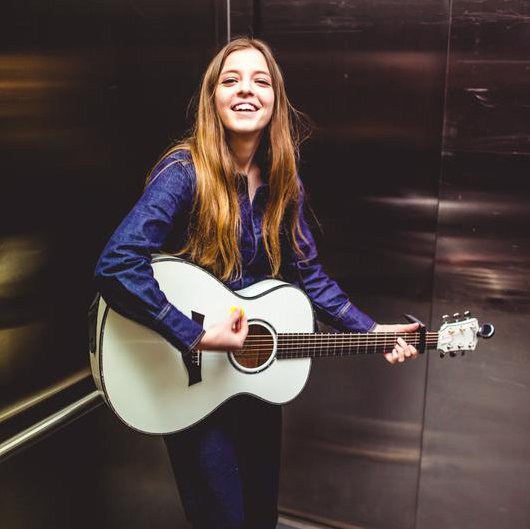 Jade Bird just released her first single of 2020: “Headstart” is a continuation of the UK singer-songwriter’s folky, Americana sound, with plenty of lyrics you’ll be singing after just a few listens.

“Headstart” is a jangling plea from Bird to the object of her affection to notice that she’s got feelings for them. “You’re the only one in the room // but you don’t see me, do you? // Must be blind not to // That’s alright, I’ll keep on // putting myself on the line,” she shrugs, before howling the chorus, “Why’s it so hard? // I’ve given you a headstart.”

My favorite line is in the bridge: “Is there a way to get your attention // without looking like a fool? // Should I slip it in our conversations? // ‘By the way, I love you.’” It’s a characteristically tongue-in-cheek moment; most of Bird’s songs have lines that are half-joke, half-serious emotion.

In an interview with NME, Bird said, “For me, it was really like a clearing in the clouds. It’s less about the simple meaning of liking someone and someone not liking you back. That’s universal and I like the sass in the chorus.”

“Headstart” is the lead single off Bird’s upcoming sophomore album. No word yet on when we can expect it to drop.

“I wrote most of the album in January before we locked down – I was in upstate New York, actually, where I wrote my first record,” Bird told NME. “I was really feeling a bit dry creatively after touring so much the year before. Then I just had this real breakthrough and I was just desperate to record the album, I just didn’t want to move on creatively from it. So in June we ended up going over to Nashville via Mexico….I wrote about four or five tracks for the album in the two weeks before we recorded it in Mexico, as you do. But it was a weird, weird time and journey.”