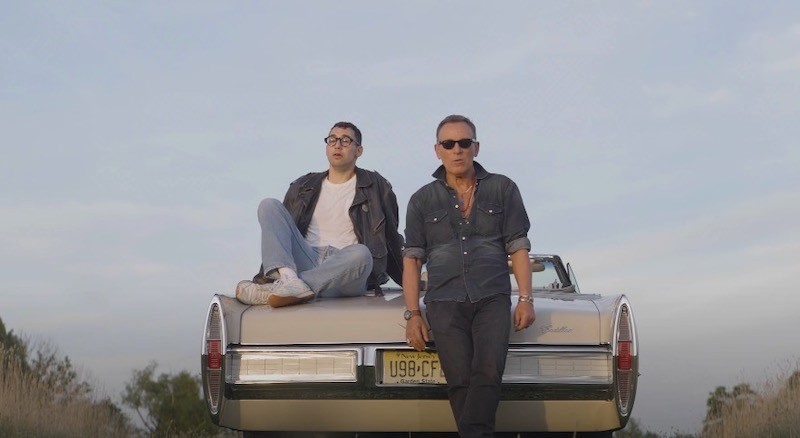 The Return of Bleachers

2020 might not have been our year, but at least we can say that it was the year Bleachers came back.

Jack Antonoff’s group has been pretty silent since their sophomore album Gone Now, released in 2017. Fans have been not-so-patiently waiting for a follow-up.

Antonoff started rumors of new music a few months ago when he started tweeting the phrase “take the sadness out of Saturday night” on (you guessed it) Saturday nights. Last week, he dropped a double-whammy: “45” and “chinatown (feat. Bruce Springsteen).”

Both songs feel nostalgic, in only that way a Jack-Antonoff song can. His music – whether it’s his own Bleachers project or a production credit on another artist’s track – manages to feel fresh, while still sounding like something you’ve heard a hundred times before.

“‘Chinatown’ starts in NYC and travels to New Jersey,” Antonoff said in a statement released with the songs. “That pull back to the place I am from mixed with terror of falling in love again. Having to show your cards to someone and the shock when you see them for yourself. Thinking you know yourself and where you are from ….having to see yourself through somebody who you want to stay.”

“I started to write this song with these ideas ringing in my head,” he continued. “To further understand who you are pushes you to further understand where you are from and what that looks and sounds like. There are pieces in that that are worth carrying forever and pieces worth letting die. ‘Chinatown’ and ’45’ are both the story of this — ‘Chinatown’ through someone else, ’45’ through the mirror. As for Bruce, it’s the honor of a lifetime to be joined by him. He is the artist who showed me that the sound of the place I am from has value and that there is a spirit here that needs to be taken all over the world.”

No word yet on when we can expect any more songs, or if there is an album coming, but I have a feeling Antonoff won’t leave us hanging.