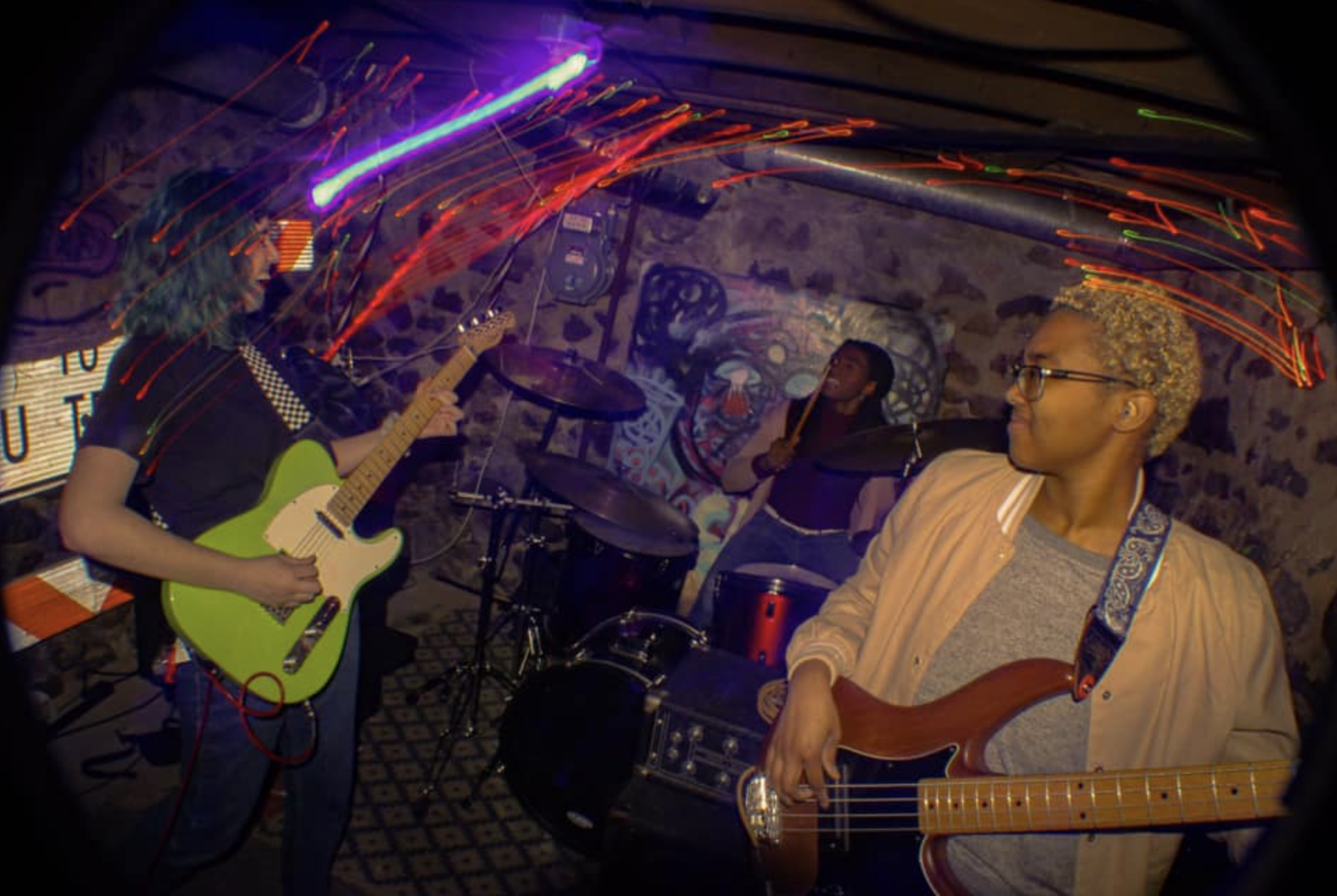 The moment the calendar strikes November 1st, the entirety of the U.S. starts ringing bells, to summon Mariah Carey and begin the nonstop bombardment of Christmas music that’s usually played well into January.

Quite frankly, I am sick of it. Call me a grinch if you must, but I have a proposition for everyone. November distinctly lacks Thanksgiving music, because songs about fighting with your family and overeating rarely do well. But you know what people are in the mood for as soon as the sun starts setting at 4 p.m.? Nostalgia! And one of the best genres for nostalgia has to be in the alternative spectrum.

Self-described as emo bummer-pop, Hospital Bracelet is a Chicago-based band that tackles heavy themes like addiction, unrequited love, and feeling like you aren’t keeping pace with your friends.

Fairly new on the block, their first singles dropped in 2019 followed by their first EP, Neutrality Acoustic, a few months later.

Their latest release, “sober haha jk unless” is as heartbreaking as it is healing. Lead vocalist Eric Christopher truly pours their heart out in this honest plead for a reprieve.

The lyrics paint a crystal clear picture of someone who is surrendering completely.

about it every hour

lights are off and its harder

to do without power

the snow is falling down

my feet are broken knees are loose

and I end up on the ground

and I don’t really know

if I want to overdose

of being on my own”

But what are they surrendering to? To addiction? To sobriety? To the awkward in-between stage where it could really go either way?

Personally, my little world has taken a somber tint, and after listening to Silver Cactus 2.0, I feel a tiny bit less alone. Which in my opinion is the entire point of music, really.

These handmade songs can serve as a historical record in the coming decades. Seeing the artisans of Gen Z complete these projects, being too young for their own good, leads one to wonder what the future will look like now that the youth has given up hope.

Currently, the band is keeping busy playing virtual gigs, and preparing for some sort of mystery release in the coming weeks? Is it selfish to hope for a brand spanking new album? Maybe.