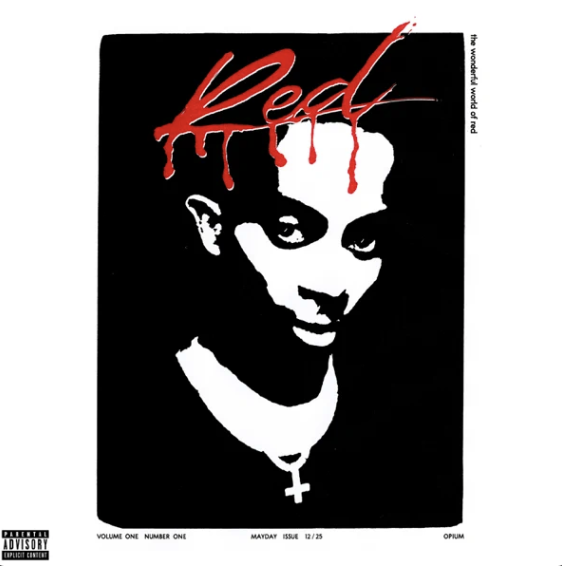 It’s a Christmas miracle that many of us thought would never happen.  We often lost our faith and, sometimes, our sanity.  After over two years of speculation, teasers, leaks, and cryptic posts, it’s finally here.  The extremely hyped, oft-delayed second studio album from Playboi Carti, Whole Lotta Red, has arrived.

Playboi Carti has long been one of the most polarizing figures in hip-hop – straying away from the role of traditional lyricist MC and instead serving as conductor of the hype train.  Carti’s unique style and unearthly sound compared to standard rap music is vastly similar to what punk was to rock music, throwing any preexisting rules out the window in favor of whatever brings the most energy.

Whole Lotta Red was met with extremely mixed reviews from amateur critics on Twitter soon after releasing, several of whom managed to magically speed run their first listen to the hour-long album in under twenty minutes.  In the two years between Die Lit and WLR, over 125 Carti songs were leaked, resulting in WLR being consistently delayed and altered.  Certain individuals having the audacity to trash the final product after such rampant impatience is downright indefensible.

In spite of these leaks, Whole Lotta Red delivers some of Carti’s sharpest work.  With a unique level of depth, Carti’s presence on a track and his artistic vision has developed greatly since Die Lit.  While the project may seem a bit rough around the edges at first, it’s a stylistically cohesive body of work over the course of 24 tracks.  The closing track “F33l Lik3 Dyin” shows a more refined and polished Carti singing “I’ve done been across the world / Now’s the time to show ‘em what I learned,” over a Bon Iver sample.

Though there were no features from Travis Scott, Drake, or Lil Uzi Vert as fans had anticipated, there’s still a strong possibility that Carti hops on the trend of putting out a deluxe edition in the near future.

Be sure to listen to Whole Lotta Red on Apple Music and Spotify.