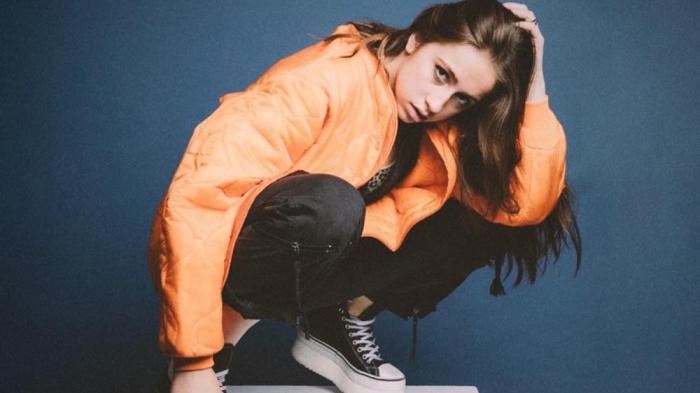 2020 might be winding down, but Canadian up and comer Tate McRae is getting one last single in before the year ends. “r u ok” is the first song McRae has released since October’s “Lie To Me,” a collaboration with Ali Gatie.

It’s a lowkey recitation of McRae’s lover’s faults: “You missed my birthday and my shows // you made me feel so damn alone.” But not only is this old partner no good, they’re also trying to win her back, prompting McRae to sing, “Are you okay? // ‘Cause you’re the one who needed space.”

“‘r u ok’ is a song that I never thought I’d write. It has a very sassy and feisty tone, which made it a challenge to dive into that perspective – as I think I’m quite the opposite,” said McRae about the song. “I love that in this song there is a lot of emotional meaning behind the lyrics, with very trappy, bright and contrasting production at the same time.”

The song’s release was accompanied by a music video that takes place inside a car. We see McRae cycle through every emotion with her boyfriend in the video, from smiling sweetly as she opens the car door, to arguing in the front seat, to sitting in stony silence on either end of the back seat.

“r u ok” is not necessarily a groundbreaking song, but it’s the kind of song you find yourself singing to yourself hours after you first heard it. It’s catchy, the production is current and McRae provides smooth vocals. After a rousing performance of single “you broke me first” at the 2020 MTV EMAs, it wouldn’t surprise me if McRae was on her way to bigger and better things. Who knows what 2021 might bring?