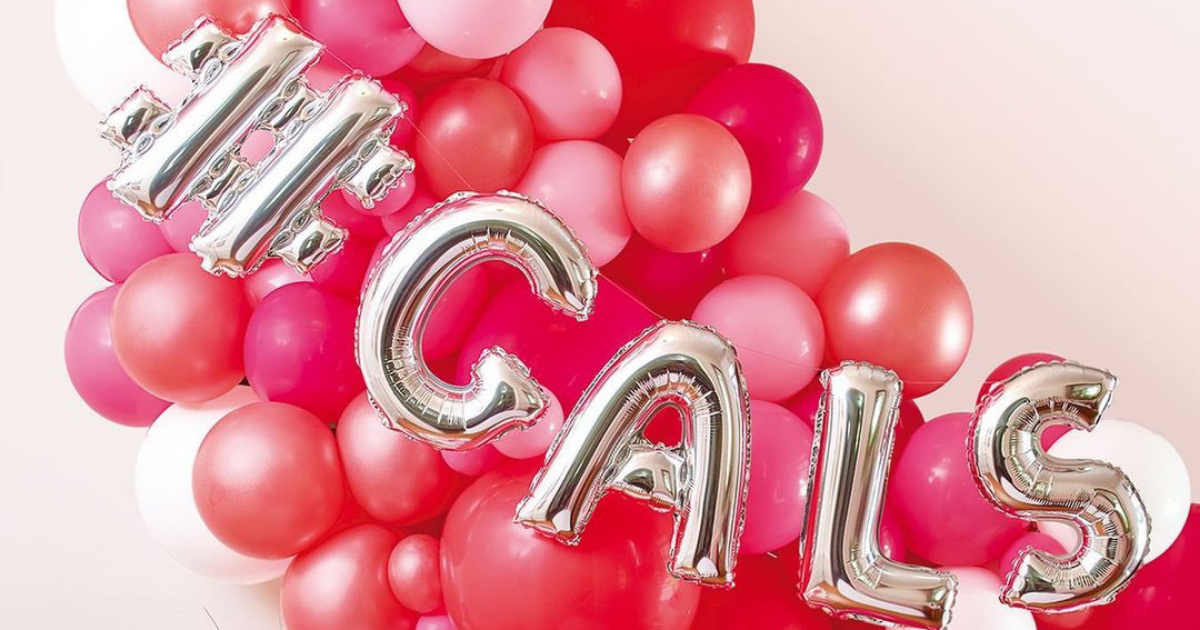 While February brings excitement to a few due to the upcoming romantic season, many women are breaking the tradition by celebrating a different kind of holiday. What started as an episode trope from Amy Poehler’s Parks and Recreation, Galentine’s Day debuted in 2010 and has since become a cultural phenomenon. Defined as the day for ladies to celebrate ladies, Valentine’s Eve was appropriately changed to honor the female-founded festivity.

Now how does one celebrate Galentine’s Day? By being a boss bitch, of course. Whether you’re single or in a relationship, take the night off to appreciate the women in your life.  That can include gathering your closest girls for a bad and boozy brunch, throwing a self-care slumber party or hosting a rom-com movie night. No matter how you spend it, you’re going to need a playlist to dance to all day long.

We compiled a list of female empowerment anthems by our favorite leading ladies to party to for your sisterhood soiree. From classic girl groups like Destiny’s Childs and TLC to solo songstresses like Rihanna and Ariana Grande, this playlist will make you want to leave the scrubs on the passenger side.

Featured in the 2000s film version of Charlie’s Angels, “Independent Women” is the empowerment track of many of our childhoods. Destiny’s Child did not come to play in this song, showing an early spark in the feminist movement by declaring that everything from the shoes, the clothes, the watch to the house and car, we bought it! During a time of women’s entrepreneurship, this song is the perfect way to show love to the boss babe in your group.

Twenty plus years later, and this song is still relevant as the day it came out. The Atlanta term “No Scrubs” was coined by Xscape members and songwriters Kandi Burruss and Tameka “Tiny” Cottle to describe a man with no purpose or motivation. The groundbreaking group TLC has already tackled strong topics such as safe sex, cheating and insecurity. Leave it to the trio to bring it home about the men who are simply just along for the ride and not willing to put in the work. This 90s song will for sure get the party started for your karaoke night.

I’ll say it once, and I’ll say it again! ANTI deserves all the awards that it didn’t receive in 2016. Arguably Rihanna’s most unskippable album to date, ANTI had many great tracks including, the bad bitch break-up anthem “Needed Me.” Expect this track to be on many girl’s playlists, both the good and the sad. Sing out this tune in frustration for all the f*** boys who came and gone.

Controversial yet celebrated, “WAP” is one of the most notorious songs featured on this playlist. At a time when female rap is finally getting the recognition it deserves, two female powerhouses, Cardi B and Megan Thee Stallion collaborated for a sexy Black female empowerment track. Reminiscent to the past works of legends like Lil Kim, Trina and many more, “WAP” isn’t afraid to hold its tongue. Throw this track on, stick out your tongue and make sure you’re TikTok ready!

We just took a DNA test and turns out this is one of the best bad bitch anthems of all time. Singer, rapper, songwriter and flutist, Lizzo does it all, and this is the track that placed the queen on her throne. Whether you just finished a toxic argument or closed the door on a relationship that no longer serves you, “Truth Hurts” is relatable and relentless. Sing it with me, “Why men great ‘til they gotta be great?”