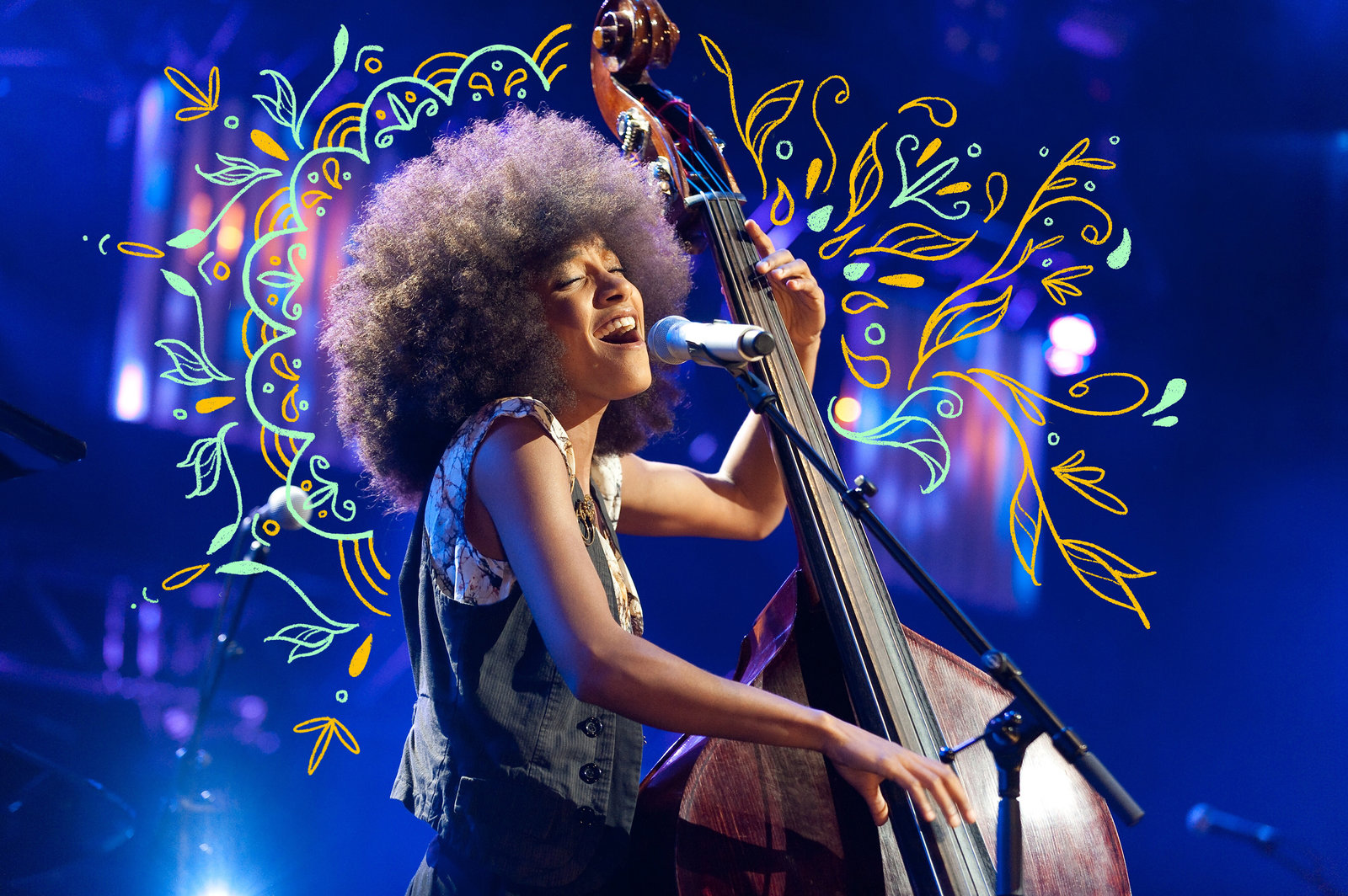 Modern Jazz: A Look at Its Influence, and Where Its Going

Tony Madden contributed to this article.

Jazz music is perhaps the genre most richly ingrained into American culture, and rightfully so. Its effortless beat, haunting lyrics, and intricate instrumentation have cemented jazz as one of the most highly respected and revered musical genres. And while some consider jazz to be a genre of the past, the music has transcended through decades and managed to even weave its way into Pixar animation.

You’ve most likely already cried your entire way through the movie, but Pixar’s Soul proved to be the best-animated film of 2020. Telling the story of an aspiring jazz musician who embarks on a rather out of the box quest to find himself, Soul uses jazz to beautifully illustrate the magic of life and all its moments.

While the score of the movie is completely original, it was not without inspiration. Director Pete Hancock lists Miles Davis as his greatest inspiration for the music behind the film, explaining that his “Don’t judge. Take what you’re given. Turn it into something of value” attitude perfectly embodied the protagonist of the film’s journey. The musicians in charge of scoring Soul recognized their film took place in the modern-day, but could not neglect the influence artists such as Miles Davis had on the genre.

Jon Batiste, who was responsible for many of the jazz compositions of the film, said “Every song has those kind of harmonic, melodic, and rhythmic textures [that] bring you to a place spiritually. We channeled all of the greats that I had the pleasure of playing with in jazz clubs around the world.” 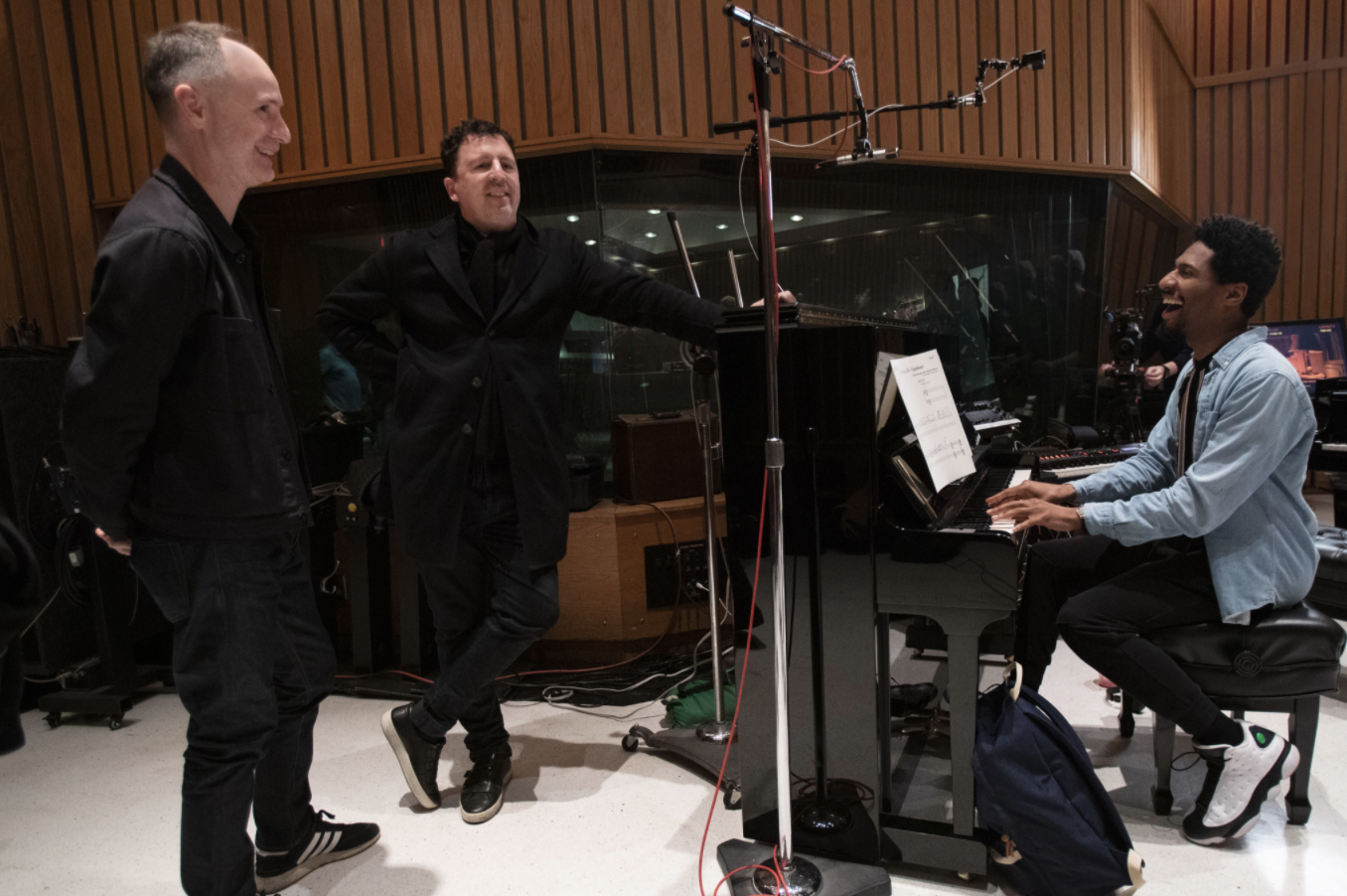 Pixar’s Soul is not the only project to incorporate the influence of past greats, as many 21st-century jazz musicians are working to carry on the genre’s legacy.

While not necessarily a jazz musician herself, Lana Del Rey has a distinct appreciation for the music. Just recently, Lana released a cover of “Summertime,” the melodic and jazzy aria from Porgy and Bess. While the original recording has been covered a variety of times by great jazz musicians, Lana’s cover was able to reach a wider audience of those who may not necessarily listen to, or know much about the genre. If there’s one thing Lana knows how to do, it’s a cover, and her beautiful and effortless vocals make for the perfect track.

Leon Bridges has quickly risen to fame as a soul and R&B musician. From Fort Worth, Texas, Bridges incorporates elements of smooth jazz into his music. One of his greatest songs is “River,” a bluesy piece about missing someone and wanting to come home, borrowing a popular jazz trope used by many of the past and present greats. While Bridges does not exclusively identify as a jazz musician, there is no doubt a strong influence of jazz in his music.

Deemed one of the greatest jazz musicians of the 21st century, Esperanza Spalding has proven herself a force to be reckoned with. Often recognized for her controversial Grammy win against Justin Bieber, Spalding has proven her win was well deserved. In a male-dominated music genre, Spalding has managed to break through barriers, saying “a hot – hey, I’m still hot – brown lady of indeterminate ethnicity. There was a novelty that drew people to me as an entity before the merit of my work could make a place for itself. Many times people didn’t expect anything from me because I was a pretty girl. And those in the industry didn’t care how I played because they saw I was marketable.” A particularly great song of Spalding’s, “Good Lava,” incorporates subtleties of rock into its jazzy beat, and makes for a great track.

Tom Misch is best known for finding the perfect intersection between hip-hop and jazz, incorporating the music alongside his glorious tenor. Having played across the country and even Coachella, Misch has proven that jazz is not a dying genre. One of his more popular tracks, “It Runs Through Me,” is effortlessly easy listening, as his voice beautifully accompanies the instrumentation.

A Grammy Award-winning veteran of instrumental jazz, Terence Blanchard has been lending his talents as a trumpeter to Hollywood endeavors for decades. While Blanchard has appeared on the soundtracks for “BlacKkKlansmen,” “Harriett,” and Netflix’s “Da 5 Bloods” in the recent years, perhaps his warmest and most praiseworthy performance is that which gave jazz a place in the 90s on the soundtrack for Spike Lee’s “Mo’ Better Blues.”

Blanchard teamed up with the Branford Marsalis Quartet for the title track on the 1990 film’s soundtrack for a brass-heavy dreamboat of jazz instrumentation that will leave you feeling anything but blue.

Where the film follows the troubled decisions of fictional trumpet player Bleek Gilliam, the title track’s bold and brash melody stands out like a warm day in the dead of winter. Repetitive as the instrumental track appears, Blanchard improvises just enough of his trumpet’s breathy vibratos each time the riff comes back around.

There is no denying that Stevie Wonder’s sound in the 1970s helped to define a soul and Motown sonics for an entire generation. But records like 1966’s “Up-Tight” – released when Wonder was only 16 years old – perfectly demonstrate his early knack for the syncopations and improvisation of jazz.

This is defined perhaps most beautifully in 16-year-old Wonder’s cover of Bob Dylan’s “Blowin’ in the Wind,” sonically a far cry from the original. Where Dylan opts for the pure-country vibe of a harmonica and acoustic guitar, Wonder draws out every last syllable in a flourish of piano, percussion and brass instrumentation.

Smooth jazz aficionado Tony Bennett and industry Renaissance woman Lady Gaga effortlessly brought jazz back into the zeitgeist with their jazz cover album “Cheek to Cheek” in 2014. Bennett and Gaga brought a new life to the greatest classics the genre has to offer, from the kind melody of Cole Porter’s “Anything Goes” to Duke Ellington’s scatting on “It Don’t Mean A Thing (If It Ain’t Got That Swing).”

Perhaps most compelling, still, is the first duet Gaga and Bennett had the pleasure of recording back in 2011 on Bennett’s “Duets II” album: “The Lady is a Tramp.” Gaga’s improvised call-outs blend with Bennett’s classic, reliable belts in a jazz resurgence like no other.