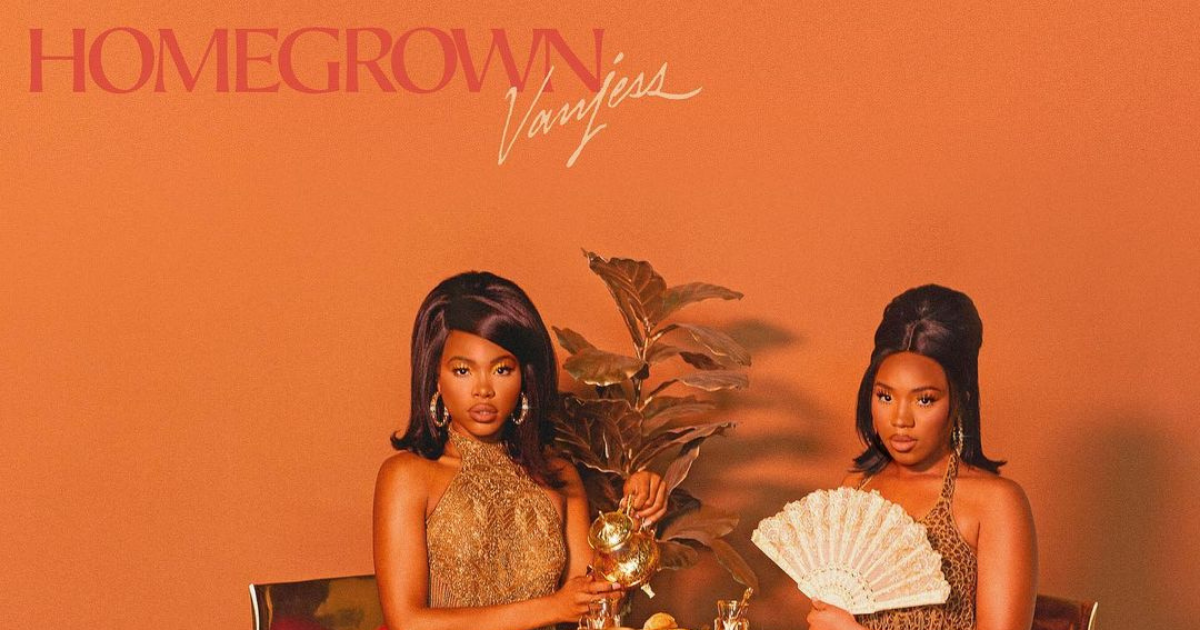 Nigerian-American sisters Juliana and Ivana Nwokike began their music careers in the most millennial way, via YouTube.

They started posting their acoustic mashups of pop hits, the singing siblings became viral sensations and cemented their transition from cover performers to original artists. Like many contemporary R&B musicians, the girls developed their sound from the church pew. After dabbling with different names, the group VanJess was born. From the computer screen to the small screen, the ladies then took their talents to reality tv on VH1’s The Linda Perry Project. Even though the girls were eliminated from the music competition, it was only a stepping stone to VanJess’ widening career.

Finally giving their decade-long audience what they’ve been waiting for, VanJess released their first debut album Silk Canvas in 2018. Blending techno and soul, the two women harmonized beautifully on the introductory album. Paying respects to 90s R&B and their Nigerian culture, Silk Canvas offers a fresh take on the growing genre.

Tracks on this album emulated the styles of music legends including, Aaliyah and Tionne “T-Boz” Watkins. Ahead of their time, VanJess was one of the first of many artists to modernize Contemporary R&B. This category is sparkling with top-tier artists such as Brent Faiyaz, Chloe x Halle and Ari Lennox, just to name a few. We were given a tiny glimpse of what the duo was capable of however, their latest release further proves how slept on the group truly is.

With this era’s obsession with depression, it’s been a minute since we vibed out to feel-good R&B music. And after a year like 2020, we need it! On January 25, 2021, VanJess announced that their EP Homegrown would be released on Friday, February 5. Homegrown has surprisingly been in the works since before Silk Canvas. Inspired by the duo’s independent status, the project was scrapped in favor of the debut drop.

Luckily, they decided to revisit the project when Covid hit. While global tours, studios and other music venues closed, this album was legitimately made and grown from home. Returning to its roots, the album’s creativity splurged and they were finally able to finish their four-year-long hit, “Come Over.” Announced as the leading single of the EP, this enticing track showcases their signature 90s nostalgia all the way. It’s giving us Jill Scott meets Zhané, with a twist of bedroom disco. Capturing the tales of late-night DMs, this soulful track is a calling card for badass women who know what they want and when they want it.

This new @vanjess project is EVERYTHING I've been needing. It's like a big hug. A sip of hot chocolate. The first bite of a warm cinnamon roll. Taking a nap under a weighted blanket.

The sound is so fun, intimate, and sexy. EXCELLENCE! pic.twitter.com/LHB7VLDvqH

Throughout the EP, VanJess continues giving their fans an uplifting take on the rhythmic genre. Our track of choice, however, is the second single, “Slow Down.” We can’t resist a good Lafayette Afro Rock Band sample! The “Darkest Light” horn is perhaps the most recognizable sound in the Black music community and has been featured on songs by Jay-Z and Public Enemy. Switching the hard-hitting hip-hop beat to a sexual joint, VanJess displays their sensual style in their second release.

Cue the Red Light Special and merlot for these next tracks! Sticking to their seductive theme, “High and Dry” quenches our thirst for some #BlackGirlMagic. “Something in the water, that’s why you can’t wait to taste it/ Tip-toe in the garden of my Nubian oasis.”

Sharing a bit of king and queendom relationship goals, it’s refreshing to hear a harmless love song free from cheating, insecurity and other toxic tales.

While the release of a plethora of singles like “Roses,” we also have to acknowledge the features on the nine-song collection. The collaborative song “Curious” perfectly blends the vocal talents of the sisters and emerging artists Jimi Tents and Garren. The full roster of features includes Phony Ppl, Devin Morrison and KAYTRANADA.

The genre-blending project is perhaps one of the most impressive takes on modern R&B to date. Praised for introducing electronic soul to the industry, VanJess has excelled on maturing their voices and proving they are more than a one-click-wonder viral meme. Managing to pay homage to an era while adding their own twist, VanJess is building their legacy and we are excited to be along for the journey.

What are your favorite songs from Homegrown? Let me know your thoughts in the comments!