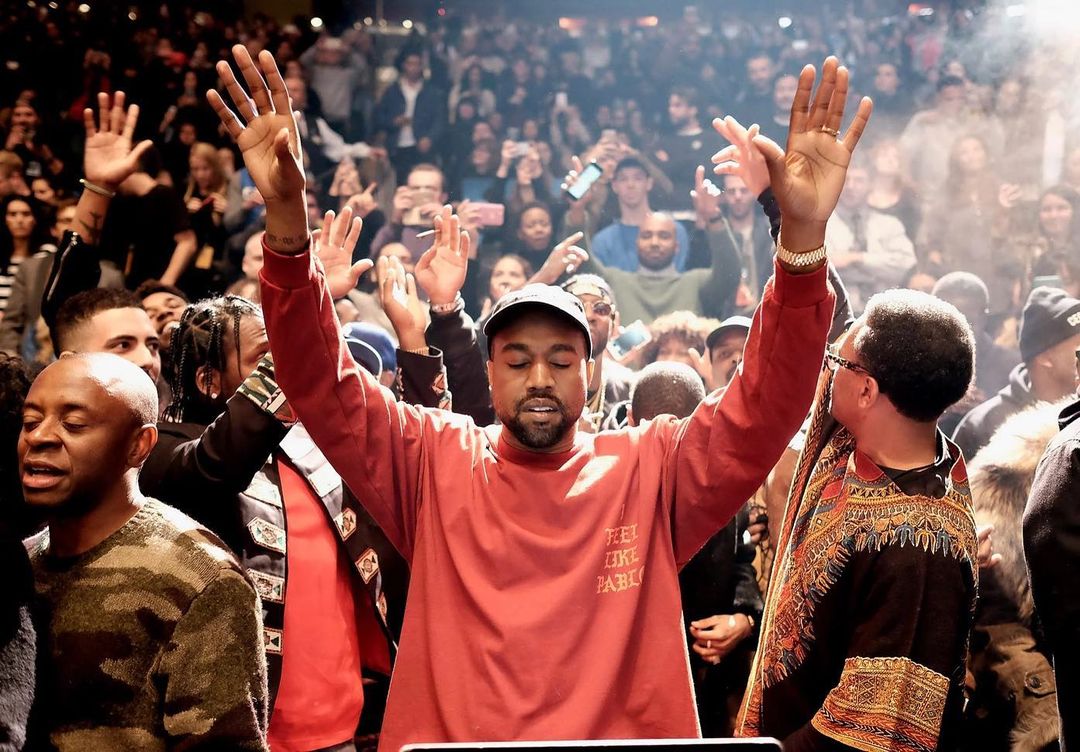 When hearing the name Pablo, who exactly comes to mind? Creative thinkers look towards the Spanish painter Pablo Picasso, while those who are more daring, point to Columbian drug lord, Pablo Escobar. Religious figures will also nominate Paul The Apostle, aka St. Pablo. Coincidentally, all of the words to describe these three Pablos also characterizes the future-figure to use their name for success, Kanye West.

After months of controversial tweets, Kanye West finally revealed his seventh studio album’s definitive name The Life of Pablo on February 9, 2016. One of the most anticipated drops of the year, the album’s production technically started in 2010, while the recording sessions took place between 2013 and 2016. When finally delivered on Valentine’s Day, the album was met with mostly positive reviews applauding Ye for switching up his consistent coordinated style. Chaotic yet captivating, The Life of Pablo generated enough hype to make it a positive selection on West’s acclaimed discography. Five-years later after its release, we decided to revisit the album and take a trip through West’s unholy journey to put together this devotional collection of songs. 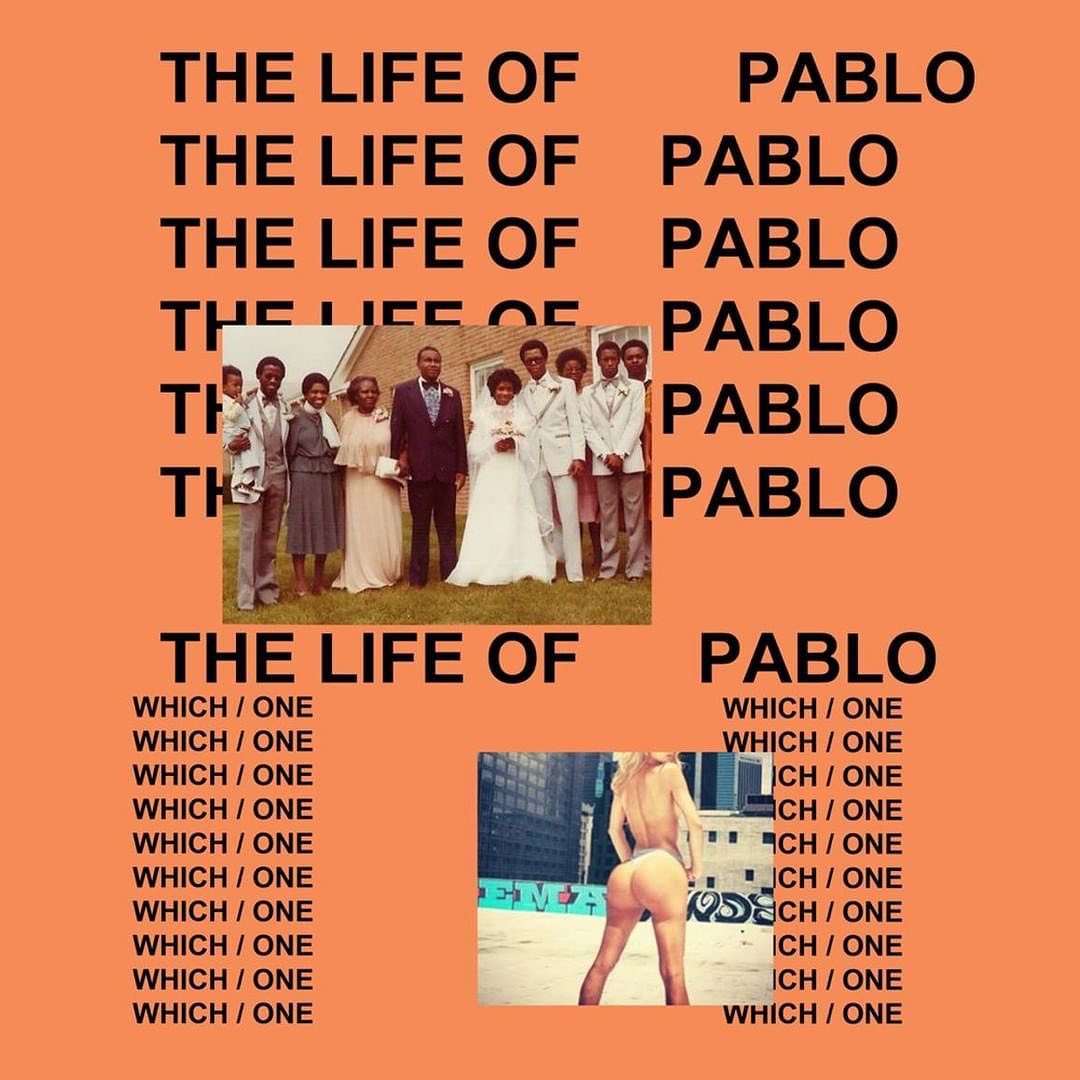 You would think getting called an “asshole” by one of America’s favorite presidents would humble you? But, no sadly not for Kanye West. Unfortunately, the controversial crusader took on a whole new platform to display his outlandish beliefs. Surprisingly, Kanye’s 2015 to 2016 run on Twitter was beyond career-damaging compared to his 2020 political rants. Day after day, Kanye would hop on his account and then wrote anything that would further tarnish his reputation, just to prove if he can get it back with more music announcements. We hate to say it but, Kanye’s theory was correct! Igniting and sparking controversy wherever he could, the Chicago rapper was still considered a pop-culture pariah. But, people were still willing to listen to what Yeezy had to say!

TLOP was the follow-up of West’s most polarizing album, Yeezus. The line between Kanye fans was officially drawn after the release, as he gained a newer and younger crowd, yet lost his backpack-rap fans from his previous works. “I used to love Kanye, I used to love Kanye, I even had the pink polo, I thought I was Kanye.” Speaking from the perspective of his alienated followers, Kanye mocks the shift of his audience and calls them out for not respecting the changes of his career in his ninth track, “I Love Kanye.”

Audiences didn’t know what to expect from Ye’s latest release. Was he going to head back to his nostalgic College Dropout roots? Or was he going to go back to his creative camp to replenish the chaotic concoction that was My Beautiful Dark Twisted Fantasy? Apparently, Kanye didn’t know what step he was going to take either. After continuously changing the album’s name, tracklist, feature artists and release dates, the album gained even more publicity due to Kanye marketing all these alterations on Twitter. Beyond the rapper/producer’s antics, the world was excited to see what Kanye West could musically do for a year like 2016.

With the releases of Chance the Rapper’s Coloring Book, Travis Scott’s Birds in the Trap and Danny Brown’s Atrocity Exhibition, the industry was exposed to various genre crossings that blended rap, trap, EDM and jazz. One unexpected genre twist that came out of the year was the blend of gospel hip-hop courtesy of TLOP. “This album is actually a Gospel album,” Kanye tweeted. Now off of the first hearing, we can call most of the tracks out for being anything but religious. Yet, we can still see many signs of gospel music sprinkled throughout the project. 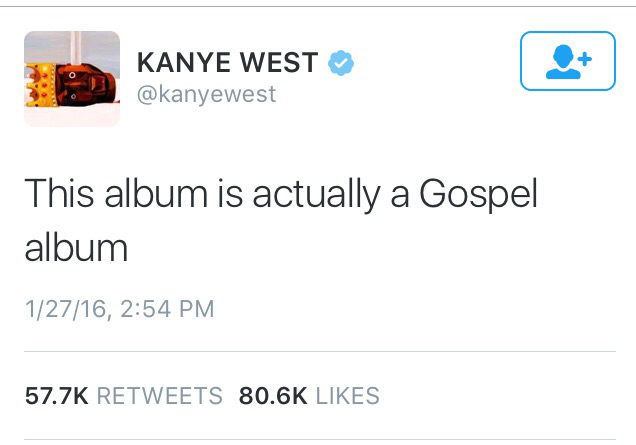 We enter The Life of Pablo with a ceremonial service denouncing the devil and calling for the Lord’s name. The Dream and a ten-piece choir following Kelly Price then appear to share their testimonies about keeping their faith in the Lord and following the “Ultralight Beam.” Chance the Rapper then humbly hollows into the track pouring his heart out on arguably his best feature verse of all time. Surprisingly closing the 5:21 track is an outro from urban gospel legend Kirk Franklin. Utilizing the power of the human voice over heavy productions, TLOP’s introductory single kicks off Ye’s quest of showcasing his journey with the Lord.

This wouldn’t be the first or the last time Kanye West attempted to blend the opposing genres. Established fans will look to “Jesus Walks” for reference as Kanye’s redemption song to the Lord and his first time blending hip-hop and gospel. Now in 2021, the rapper is not only known for his contributions in the music and fashion world but, he is also recognized for his public rebirth in Christianity. More biblical characteristics can also be found in other tracks including, “Highlights,” “Low Lights” and “Wolves,” which he assigns the role of Mary and Joseph to him and his wife, Kim Kardashian-West. 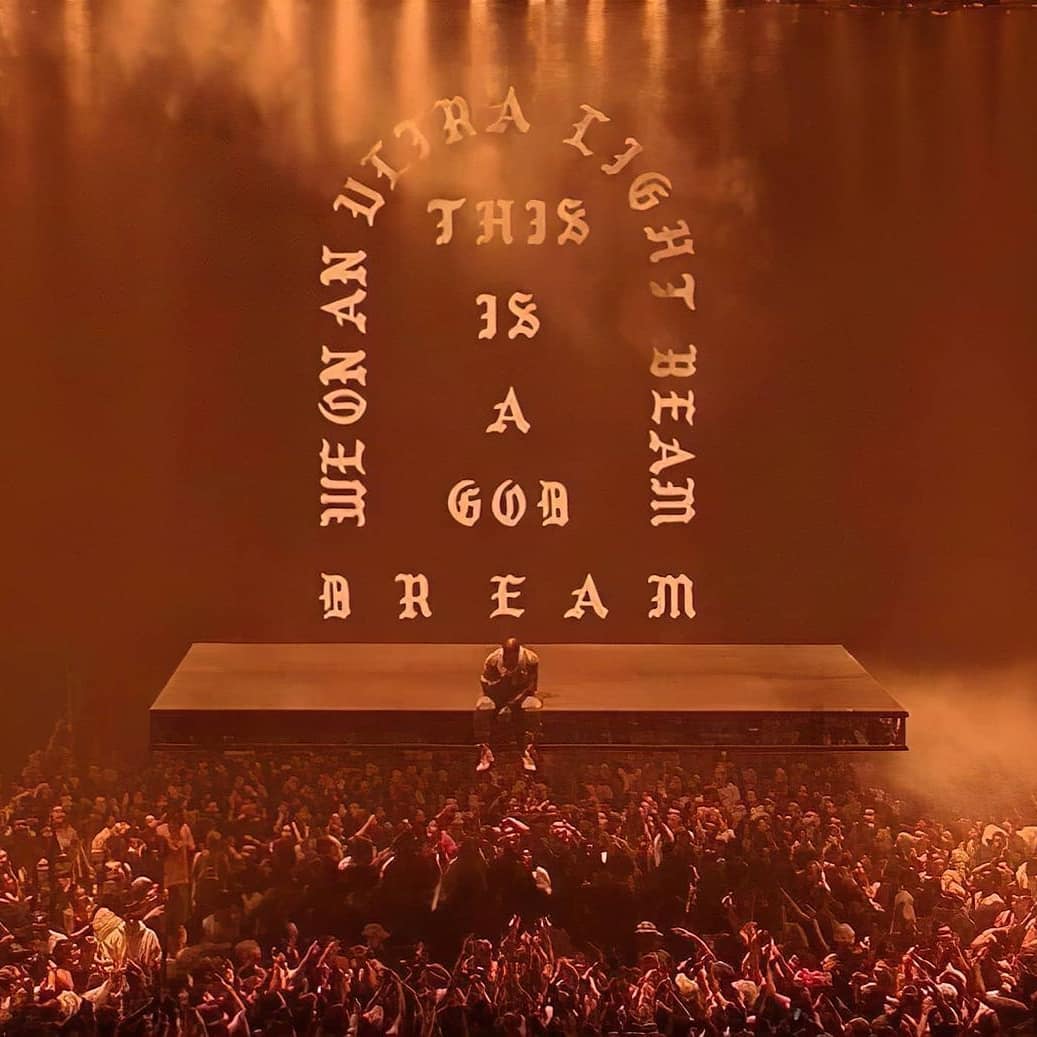 Just as we begin to become comfortable with the idea of a “Jesus Meets Jay-Z” type of album, Kanye West coldly closes the door on religion in his first verse on his second track. “Now if I fuck this model, And she just bleached her asshole, And I get bleach on my T-shirt, I’mma feel like an asshole.” Five-years later, it still hurts to think of the amazing productional set-up Metro Boomin and Kid Cudi placed in Kanye West’s hands, to fall within seconds. Beyond the album’s erotic turn, many can question how Kanye uses lyrics that are such a strong juxtaposition against religion within a church-inspired production.

Why is Kanye so boisterous yet deeply insecure? Why is he also brilliant yet self-defeating? Kanye West is a walking contradiction and The Life of Pablo taps into that side of him way more than previous albums. His indecisiveness over the album travels well into the sporadic song choices and features. Lyrics tackling his longing for a peaceful and blessed life yet, re-engaging in a long-ended feud in his fourth track, “Famous”, reveals that Kanye doesn’t know what he wants. “Feedback” and “Freestyle 4,” are also random tracks that challenge the flow of this album.

The power of opposition in The Life of Pablo also represents the concept of religion in the hip-hop community. The most famous musicians got their start in the church and were told if they used their talents for worldly music they were sinning. Yet, these artists broke free and pushed towards their career. The hip-hop world is Black culture, and a huge part of that society’s source is religion. Kanye West discusses his struggles with having a foot in both worlds. Living in pure sin based on the talent God gave you is the dominant irony of Kanye’s career. What’s his solution? Blending both worldviews, and answering the larger question, if faith and profanity can walk together in the same respects.

Through all of Ye’s various antics, it was nice to see that his shenanigans didn’t scare away the music industry completely. Kanye tapped into some “Real Friends” like Ty Dolla $ign, to help complete the album in its entirety. Not too many artists can pull off an album with tracks produced by both Metro Boomin and Madlib! He also managed to feature the musical talents of soulful singers including, Chris Brown, Sampha, The Weeknd and Frank Ocean. Kanye also called on fellow G.O.O.D. Music artists, Desiigner and Kid Cudi, for “Father Stretch My Hands, Pt. 1 and Pt. 2.” Despite heavy-hitting artists like Young Thug and Post Malone making an appearance on TLOP, the most impressive feature from the album comes from Compton artist, Kendrick Lamar on “No More Parties in LA.” Originally offered to Gary rapper, Freddie Gibbs, the Madlib-produced beat was given to Kanye and Kendrick. By pulling audiences into his story of being tired of the Hollywood lifestyle, a glimpse of the Old Kanye finally reappeared. On the other hand, Kendrick kept up with the veteran on his verse about love and lust in Los Angeles. With both rappers heavily praised for their verses, “No More Parties in LA” is still the most lyrically impressive track on TLOP.

On Valentine’s Day 2021- as we look back 5-years-ago on The Life of Pablo we can admit that we see a larger message than we did back then. What once felt like a collection of deranged detailed tracks, now resonates as a larger message of character development from Kanye West. Within the last song from the album “Saint Pablo,” Kanye confirms the album’s name was inspired by Paul the Apostle. He directly compares himself to the religious leader, correlating the strength of each other’s messages and the power of each other’s influences.

Kanye finally knows that he is one of the most influential figures of all time. Tackling his insecurity of the audience’s and critic’s expectations of him, Kanye uses this album to pour out his creative opinions all at once. After years of trying to prove it to himself and others within his six previous albums, he finally fought back against his self-doubt, which has been clouded by his arrogance for years. For once, the world was finally able to see behind the tweets and award interruptions, to take a look at the most flawed figure of Hip-Hop’s perspective.