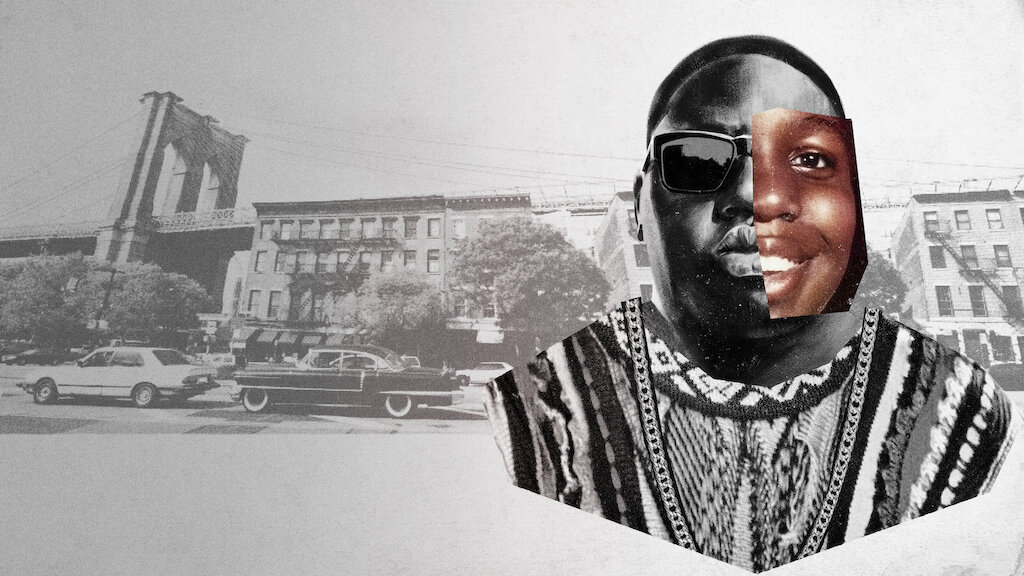 5 Things We Learned from Netflix’s Biggie: I Got A Story to Tell

“It was all a dream!” From drug dealing on Fulton Street to sharing a studio space with Sean “Diddy” Combs and Faith Evans, a Brooklyn boy’s lifestyle transformed dramatically after he put down the tray and picked up a pen. Hailed as the greatest to ever touch a microphone, Biggie Smalls was at the height of his career and lauded as a trailblazer in 1990’s rap music. However, just as the young rapper predicted, “Mo Money, Mo Problems!” With the rise of his fame also came unwarranted attention and the start of hip-hop’s highest-profile beef which led to the tragic death of two of the genre’s greatest figures.

On March 9, 1997, while leaving a Soul Train Music Awards after-party in Los Angeles, tensions were brewing between the west coast civilians and the Bad Boy label. While stopped at a red light on Wilshire Blvd., a dark Chevy Impala pulled up next to Biggie’s vehicle and shot him four times. He was pronounced dead at 1:15 a.m. at Cedars-Sinai Medical Center. The case remains unsolved to this day.

Posthumously, Biggie’s legacy continued with the release of his second album, Life After Death, and through multiple documentaries chronicling his career. Thanks to biographical films like 2009’s Notorious, hip-hop heads are familiar with the streets-to-stardom story of Biggie Smalls. Nonetheless, the acclaimed persona of the Notorious B.I.G. often clouds the story of the man behind the stage name, Christopher Wallace. Netflix’s Biggie: I Got a Story to Tell, details the rapper’s upbringing through never-before-seen archive footage and interviews from relatives and childhood friends. Differing from previous films, this documentary takes us on a journey before Biggie’s acclaim. Directed by Emmett Malloy, the docudrama was also executive produced by Combs and the late rapper’s mother Violetta Wallace. We finally get a full look at how the hood-hustler came to be from the perspective of his mother, lifelong friend, Damion “D-Roc” Butler, past Junior M.A.F.I.A. members, and his relatives from Jamaica.

Released only a couple of days before the 24th anniversary of his murder, the documentary reminds us of what could’ve been for the 24-year-old slain rapper. A promised career that was cut way too short, Notorious B.I.G. will never be forgotten with the help of celebratory visuals that keeps his legacy going. Within this documentary, we were also able to see the New York rapper from a new light. Here are five captivating and puzzling facts we’ve learned about the Notorious B.I.G. from Biggie: I Got a Story to Tell.

Fans are aware of the New York rapper’s Jamaican heritage, however, not too many have heard of his stories on the Caribbean island. As a child, Big would visit his mother’s homeland and visit the shack joints with his uncle Dave Wallace. These local concerts inspired his rap battle career, learning how to maintain a stage presence and igniting a flame on the microphone. When he would come back from his Jamaica trips, he would express his interest in other genres like rock, reggae and country. His gift for music allowed him to almost switch genres, but luckily hip-hop had his heart. At 12-years-old, Big started writing his own raps after listening to his Run-D.M.C. and The Fat BoysCDs.

His Jazz Influence & Ties to the Legendary Donald Harrison

Donald Harrison was a young jazz artist who lived on the same block as Big and his childhood friend. Working with stars from Lena Horne to Miles Davis, the young saxophonist was a legend to the self-proclaimed Stoop Kid. During their times and to the theater to explore the world of jazz. These museum visits even inspired him to want to become an artist when he was in fourth grade. Learning cadences, bee-bop and rhythms from Harrison, The Notorious B.I.G. used these musical tactics for his future rap career. Donald even admitted that he was originally grooming the star to become a successful jazz musician. When the rapper started growing attached to the street life the two eventually parted ways.

Mother Wallace tried her hardest to keep Christopher out of trouble! She enrolled him in two catholic schools, Queen of All Saints Middle School and Bishop Loughlin Memorial High School. Growing tiresome of the program, Big requested to transfer to a vocational high school. That’s where the problems started! Taking notice of his surroundings, he realized the real street shot-callers weren’t in class but, on the streets hustling. Former Junior M.A.F.I.A member, Chico Del Vec introduced the teenagers Big and Suif “C Gutta” Jackson to hustling. They proceeded to become the neighborhood plug selling crack in Brooklyn. Violetta’s worst nightmares came true when she found a plate of dry “mashed potatoes” in his room and realized what it truly was. This led her to kick him out of the home.

Roland “Ollie” Young’s Death was a Wake Up Call 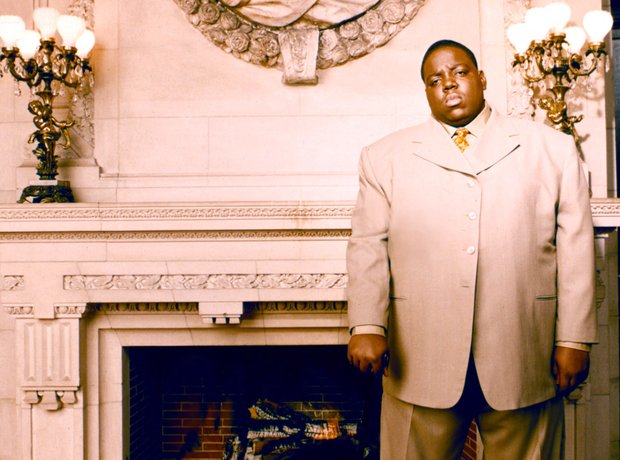 Ollie and Big were inseparable as kids, and the latter looked up to Ollie’s hustler lifestyle. Ollie’s uncle was a Brooklyn king pen, and it gave him the juice to act out in various ways. A fellow dealer himself, Ollie would sell on the same corner with D-Roc, and the trio would have hip-hop debates on their favorite artists. Now and then, Big would drop a hard-hitting freestyle to entertain the group. Big-O made it his mission to get him to fully pursue rapping. Sadly, the documentary revealed that the influential figure was gunned down on the night he was supposed to meet up with him. Barely avoiding this early death, pushed Big to finally take his career seriously and quit the street life.

The rest was history!

Shift from the Studio to the Big Screen & Fashion Scene 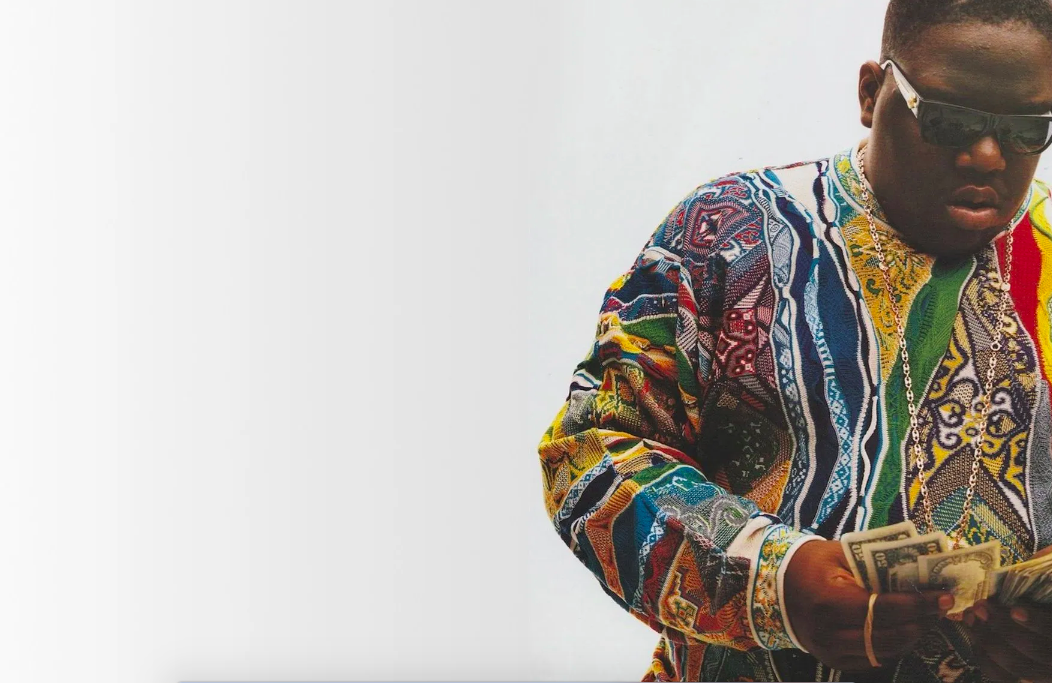 One thing that was always apparent about Biggie, was his entrepreneurial and leadership skills. After growing his audience, he decided to put his neighborhood friends on and named them Junior M.A.F.I.A. This group included Lil’ Cease, Trife and the legendary Lil’ Kim. Before his death, he had plans to eventually start his own label so he can continue to shine a light on artists from the Borough. He also was finally getting his chance to show his talents in other fields like acting and even designing. Sadly, we weren’t fully able to see what The Notorious B.I.G. could do with given time.