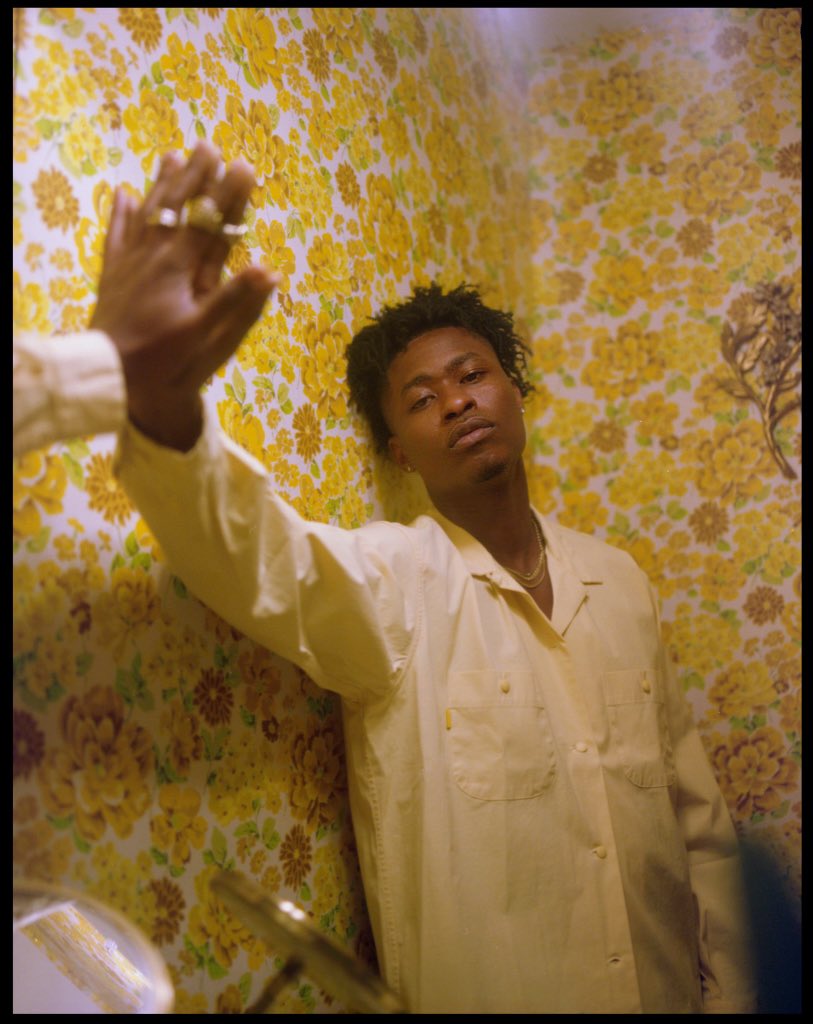 Artists On The Rise: Lucky Daye

This New Orleans native takes neo-soul to rising levels, while collecting various features with R&B favorites such as Kelani, and newcomers Buddy and Victoria Monet. Lucky Daye began his career back in early 2018, but with a revamp this year with the release of Painted (Deluxe) Album allowed the artist to shine.

i know the climate of the world right now has been heavy. it saddens me to see what’s happening right now, and we have to share as much light as we can. before all of this was going on, we planned to release a deluxe version of my very first album, and this time it’s feeling bittersweet. i’m praying for the city of Minneapolis and the family of George Floyd, Ahmaud Arbery, and Breonna Taylor. i pray that if you're protesting anywhere in the world to please be safe and i pray that all of my fans are staying positive and healthy during these times. #painted deluxe is everywhere, and i hope you enjoy the new additions🙏🏾 i hope this music spreads light into the world. Thank you @dmile85 @jkercy2085 for making this music come to life. Thank you @keepcool/ @rcarecords, and my team @natalieprospere @iamsamwatters @paris_cole @ceedaphne 🙏🏾 🍀 | 🎨: @christeddypaints + 🎥: @bychild

“I needed to get this album done and get it out of my system and let me know if this is my purpose or if I’ve just been wasting my time,” Lucky said in an interview with Fader Magazine. “I was scared because I didn’t know the ending, but it turned out to be something good.”

Lucky Daye was born in a very strict Christina household, where popular music was considered secular/or a sin in the eyes of the church. Like many other R&B artists, he began his talents in church singing hymns and praises. After years of forbidden listen,  he discovered his love for R&B and influence from classics such as Prince, Lauryn Hill, and Stevie Wonder.

After previously competing in American Idol Season 4 in 2005, he re-established himself as a singer/songwriter and began to focus on his craft shortly after he moved to L.A while collecting various music credits along the way. In October 2018, he was signed to RCA Records and released his first single, “Roll Some Mo‘”

Now with the release of his 15 track Painted(Deluxe) Album, he’s more than ready to display his vocals to the world. The title Painted was used to describe his colorful life and reflects many life moments in the artist life as he grows through the pains of his childhood. In an interview with VICE Magazine, he recalls the last four songs on his album that hold the deepest wounds.

[Those songs are] about the pain that hurt the worst when I was in love,” he says. “I didn’t want [her] to think I thought I was the victim, but this pain was not leaving.”

Lucky Daye’s childhood religion plays a major role in his creative process, and as listeners who also grew up in a strict Christian household, we all can relate to his neo-soul sound and tenor vocals that resonate our ears with each listen.

In the near future, you will hear the name Lucky Daye and it won’t be in regard to your weeks fortune. For now, you can continue to listen and support Lucky Daye with the release of his new song “All About You” featuring Leon Bridges.