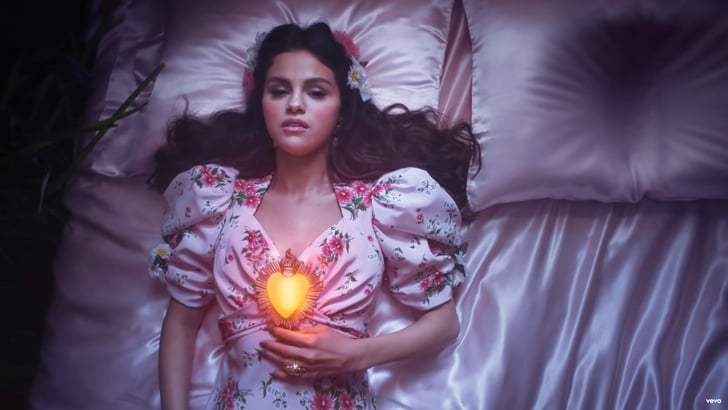 Selena Gomez just dropped “De Una Vez,” her first Spanish single since 2010’s “Un Año Sin Lluvia.” The song was announced with little fanfare; Gomez tweeted that she would be dropping the track later that day, along with a music video. However, superfans had a suspicion something was coming after murals promoting new music were seen in cities across Mexico.

The song is about strength after heartbreak. The song opens with “Ya no duele como antes, no // La herida de tu amor sanó” (It doesn’t hurt like before, no // the wound of your love healed.” That theme of healing continues throughout the song, with Gomez declaring in the chorus, “De una vez por toda’ // Soy más fuerte sola” (Once and for all // I’m stronger alone).

The song’s release was accompanied by a fantastical music video, showing the singer wearing a glowing heart on her chest as she explores a house.

‘De Una Vez’ is the first single from Gomez’s upcoming project. No official word yet on whether it will be a full album but the words “Baila Conmigo” appear at the end of the “De Una Vez” video, leading fans to believe that another Spanish single is on the way.

“I am incredibly proud of my Latin background,” Gomez said in a statement about the song. “It felt empowering to sing in Spanish again and ‘De Una Vez’ is such a beautiful love anthem.”