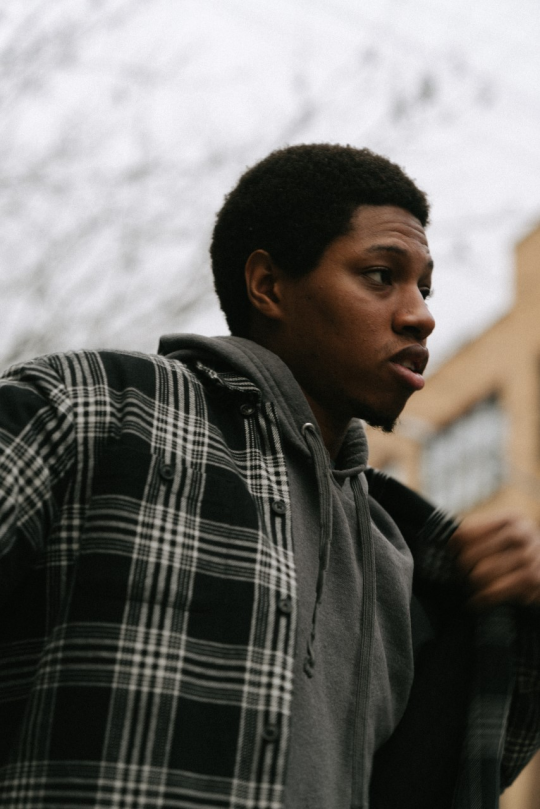 It’s the story of the in between. Being able to accept the vulnerability of being human, to only endure the aftermath of the inevitable.

Pilot starts off with a mesh of psychedelic sounds, gradually into one word, “Facts.” Which is particular because to the generic ear, it may be hard to articulate. Especially with his elevated level of thinking, his lyrics sometimes challenge the listener to encompass the meaning.

His production behind his lyrics is also sometimes distracting to really encapsulate his words, but in the midst of all the sound his message gradually reveals itself.

It’s the story of a person in the midst of someone finding the falsehoods of life. In the midst of falling into life, but challenged by past experiences. It describes a person fighting the urge to continue, because of the pain that’s inevitable in stages of life.

“I’m trying to be open, but I’ve never been more afraid.”

With his latest release his artistry continues to thrive, even being out of the music scene for over a year. He’s reached audiences by combining R&B, indie, and soul.

Emawk doesn’t have to do much to encapsulate the essence of using the beat to drive the lyrics.

It’s honest to see a man’s perspective of pain, and for him to depict it so well speaks volumes. But that’s what’s so unique about, he’s never had to produce numerous singles or a tracklist to get his message across.

His other song, ATLANTIC, has a more mellow vibe. With the strings of an electric guitar accompanied by his echo of lyrics, “I’ll go visit in the summer,” picture a man of growth. Creating boundaries based on his learning of who he is, and what life has yet to show him.

It’s only two songs, little in stature, but so much depth behind the message. As Emawk grows into his abilities, his music will continue to create pictures that some are still trying to find within their music. His absence, created a more intuitive sense of self that is depicted perfectly within his latest EP.