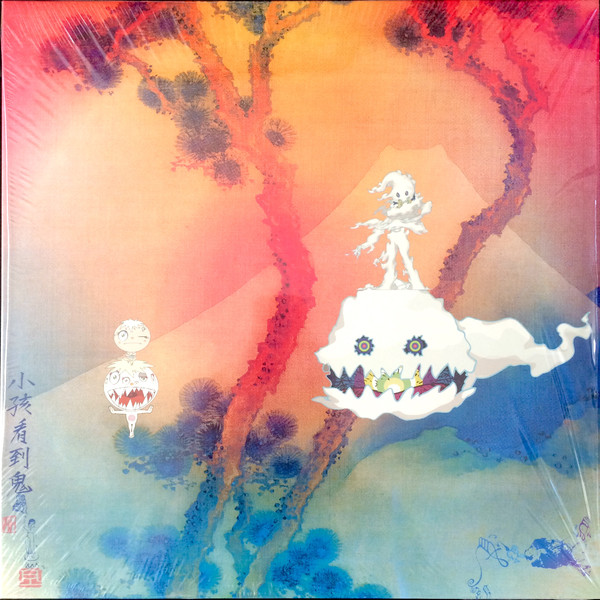 Kids See Ghosts at 2: A Masterful Dive Into Self-Exploration

At a listening party based in Los Angeles two years ago this week, Kanye West and Kid Cudi debuted their high profile collaborative effort, Kids See Ghosts. As the third album release from West’s now famous “Wyoming Sessions,” in which he turned to music as a means of therapeutic escape from political backlash and the effects of Bipolar Disorder, this record seemed as if it would be the most encouraging haven for the mega star finding inner peace through sound. Much of that has to do with everything Cudi and ‘Ye could empathize with each other on, considering that each had experienced longstanding mental issues and had both turned to drugs as coping mechanisms. This reunion between the two was a signal to fans that demons were truly being hashed out in the studio.

Although, the complexity of this project could not be foreseen, as it combines concepts of inner-being and spirituality with extreme levels of societal consciousness, so seamlessly that it really did seem as if each artist had truly been reborn and been provided deeper levels of understanding on the human experience. When released, it was surprising to hear Pusha T as the first voice on the album, but it makes more sense upon further listening. Pusha raps about dope dealing and the excesses he has gained from such. Even though he has come from the bottom into the realms of the 1%, he did not get there from being noble. Later on the album, on the title track, Yasiin Bey points at the philosophical shortcomings of society, and how perfect societies cannot have “stability without stasis.”

Imprecise, or Untraditional routes to success, such as Pusha’s, paradoxically divide wealth and keep complete control out of the hands of a single ruling class. It is posited that this is the most direct way for those in mostly black lower class communities to thrive and have power in America, but it still comes back around in terms of the cycles of violence it initiates, as well as the prisons it helps populate. Essentially, Pusha has become a mogul through drug dealing and rap, but he just as easily could have been killed, or swallowed up by the system and been under its control and direction. The jarring gun shot sounds ad-libbed by Kanye after Pusha’s verse represent these ever-existent threats that exist for those vulnerable to systematic control, making Cudi’s exclamation that he can still “feel the love,” ever more powerful.

The focus on inner peace for Cudi and ‘Ye throughout is fueled by spirituality and religious adherence. On “Fire,” Cudi repeats “on this road I find, these scars I left behind, heaven lift me up, heaven lift me up,” which cuts even deeper after his mention of trying hard to find god through the pain and not being able to “find a way.” Over a menacing sample of “They’re Coming to Take Me Away, Ha-Haaa!” By Napoleon XIV, one can really feel how close these two artists, especially Cudi here, were to arriving at a point of no return in their own mental degradation. And that emphasizes how blessed each feels to have survived through such inner pain and hurt. The stasis that Bey refers to can also be a symbol for inner pain and conflict, and how one must be able to accept each in order to move on individual. That understanding of self is vital for redemption and growth.

This idea seems understood on “Free,” a pseudo-hard Rock song within an album full of blended styles and experiments. The song starts out by sampling a Marcus Garvey speech, in which he proclaims, “When Man becomes possessor of the knowledge of himself, he becomes the master of his environment.” Sampling Garvey alone should prove the immense focus on spirituality and inner worth that each artist is navigating here as black men in America, but this individual speech provides profound context into their mind states. Kanye seems to fully understand that “one day they hate you, next day they love you,” which is vital for someone who has traditionally allowed his doubters to take control of his being. He reclaims control on this track, with numerous mind-bending, forceful proclamations about feeling free.

“Reborn” finds each artist looking back at their past sunken states and reflecting. Cudi continues to express his blessedness in finding redemption, seemingly calling out to his “Lord” to express his immense amounts of gratitude and joy for being saved. His hums on this track make some of the best Gospel music seem secular, while his chorus is meditative and therapeutic in its very nature. ‘Ye accepts and reclaims all the pain in his life, stating “I want all the rain, I want all the pain, I want all the smoke, I want all the blame.” These combined sentiments make this arguably the most powerful track on the record, which is saying something.

The title track, as previously mentioned, is the philosophical peak of the album, as well as it’s most psychedelic. In making the record, Cudi and ‘Ye did partake in psychedelic drugs and rituals, which starts to make sense the more one experiences it. The levels of inexplicable calm and altered sensation that one feels throughout this listening experience is profound. In a way, the track is a meditation on the importance of living, but it is also structured like to convey the ebbs and flows of mental illness. Over the hazy, sinuous twists and turns of the instrumental, Cudi discusses how close he was to suicide, describing that feeling as hearing “the angels coming.” Kanye’s verse is an answer to Cudi’s in all its mania. Hopping from topic to topic like a madman, ‘Ye paints the scene of a person with no bounds, an over active ego, and a need for validation. He sounds almost child-like in his exuberance here, but there is something performative about it, a way in which it is understood that he is looking at this mania from the outside and has fully understood these bipolar episodes in order to master them.

The song ends with Bey philosophizing more and asking rhetorically, “what’s a crown to the clouds.” Whether it be through bipolar high’s or suicidal depressive lows, this line represents the general sentiment felt all around that any grandiose feelings about their own high profile statuses in culture, or each’s wealth, means nothing to the higher religious forces they believe in. This has external meaning too, in general commenting on the greater nothingness embedded in acquiring wealth or power, especially if doing so risks either possible death or moral dissolution. On “Cudi Montage,” Cudi again asks for God to shine his love on him and save him. As stated, there are numerous allusions to Gospel music throughout the album, but this here is the strongest. Coupled with his pleading for salvation, Cudi repeats the phrase “stay strong” multiple times throughout the song, almost playing the role of God himself responding back to his prayers. Kanye’s verse is his most socially conscious in years, discussing the cycle of violence that pervades black communities, especially in his hometown Chicago. He portrays how difficult it is for a young person in the inner-city to be at peace with the high levels of murder that exist around them, and how that bitterness that comes from having someone close to you killed can boil over and kill you yourself. As much as Kanye is urging himself to lean into a belief system, he is speaking to his young fans about doing the same, given that without it one can easily become vulnerable to having themselves, or their freedoms sacrificed.

Kids See Ghosts is a deeply affecting album that functions on multiple planes of internal and external consciousness. It is a look within to aid the many in finding self fortitude and pride. In reclaiming their anger and fears, Cudi and ‘Ye bring us on a journey towards fighting feelings of hopelessness that is relevant now, and always will be.