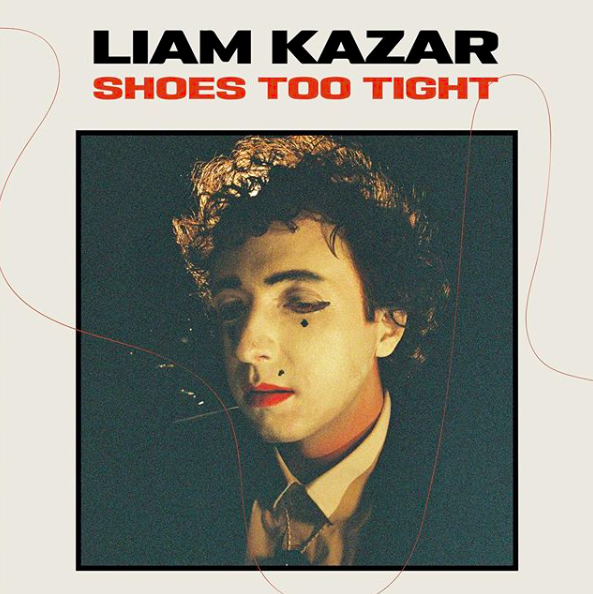 Liam Kazar Makes His Solo Debut With “Shoes Too Tight”

Earlier this year, Liam Kazar dropped his debut single, “Shoes Too Tight.” He’s been a regular on the Chicago music scene for the last ten years, performing in groups like Kids These Days – Vic Mensa was also a member- and Marrow. He’s worked with Chance the Rapper and Jeff Tweedy and played at SXSW and Lollapalooza, but this year marks his first steps as a solo artist.

Kazar’s debut track is a funky, upbeat track with lyrics that reflect on lost time and chances that the singer never took. However, you never get the feeling that Kazar is looking back in regret. The opening guitar licks and synth lines are unique, with a retro sound that makes the song feel familiar from the beginning. The production keeps things light, while also showing off Kazar’s skills; he produced the song, as well as providing guitar, keys and vocals.

The song features many of Kazar’s friends, with Spencer Tweedy on drums, former bandmate Lane Beckstom on bass and background vocals from Kazar’s sister’s group, Ohmme.

A music video for “Shoes Too Tight” was released along with the single. The video was directed by Austin Vesely, who has worked with Chance the Rapper and Kazar’s former group, Marrow.

There are no announcements yet on when we can expect a full-length project, but Kazar is continuing to work on music. Since the release of “Shoes Too Tight,” he has put out the demo for a track called “Holding Plans,” with an accompanying lyric video. He has also raised money for Chicago restaurant and venue The Hungry Brain, which has suffered financially during the pandemic. For $25, Kazar would learn and record a song of your choosing. The full album is available on Bandcamp, with all profits going to The Hungry Brain.

“Shoes Too Tight” is a song that will be stuck in your head for days after just one listen, so hopefully Kazar will follow up with more music soon!