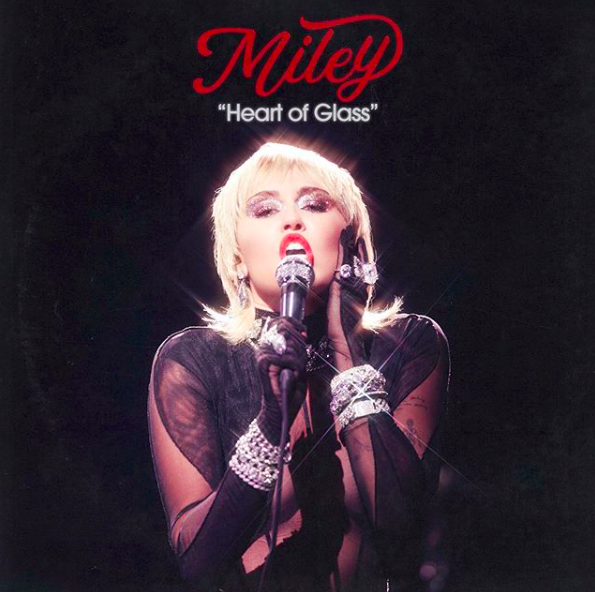 If you’ve been online at any point over the past few days, you’ve definitely seen it. The video of Miley Cyrus belting Blondie’s “Heart of Glass” for the iHeartRadio Music Festival went viral pretty much as soon as it aired, and fans were clamoring for an official cover version. Well, we asked and she delivered. Cyrus dropped an official version on all streaming services just a few days later.

Her take on the 80s new wave hit is more rock ‘n’ roll, complete with pounding drums, crashing cymbals and wailing guitars. Cyrus’ voice has always had a rocker’s edge to it, and she’s leaning into that vibe for this latest music cycle. Her last single “Midnight Sky,” is more pop than rock, but it features Cyrus’ powerful vocals singing lyrics that describe her carefree and rough-and-tumble personality.

There’s no word yet on whether Cyrus has an album in the works, but I wouldn’t hold my breath. In an interview with Zane Lowe when “Midnight Sky” dropped, Cyrus said, “It doesn’t make sense for me to try to wrap up that big of a body of time in just a few songs and even in a record, I really have always enjoyed dropping singles, rather than the full body of work.”

Cyrus is kind of the queen of classic song covers (check out her versions of “Jolene,” “Maneater,” and “Babe I’m Gonna Leave You” to see what I’m talking about), but “Heart of Glass” has fans wondering: when will she finally do us all a favor and release a whole album of them?

Check out her “Heart of Glass” cover here!

The “Fearless” Re-recordings: What to Expect

Braun Bought Out: One Of Music’s Biggest Managers joins HYBE

“I Think You Should Leave” – Single Review