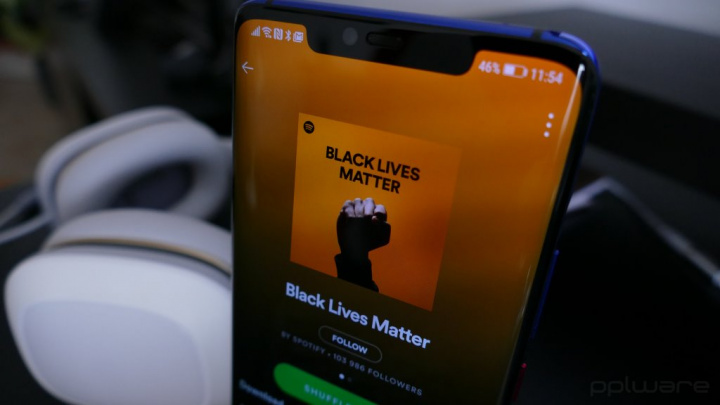 “Our art is a reflection of our reality.”- N.W.A, Straight Outta Compton

Historically, Black musicians used their art to mimic the raw realities they face every day. It’s been an avenue to empower, to voice, and to raise awareness of the continued injustices against them.

“I remember Marvin Gaye, used to sing to me

He had me feelin’ like black was tha thing to be

And though we had it rough, we always had enough.”

Music has been a consistent way to air the frustrations and cries within the Black community. And we see that bridged over in today’s music platforms. Tidal and Spotify have broadcasted taken a stand and used their platforms to advocate for the Black Community.

Spotify has dedicated an entire section designated to the music of Black artists. It’s called, ‘Black Music Matters.’ But they also highlighted other marginalized groups within the Black community including women and LGBTQ, which also have their own individualized playlists accordingly.

Songs like Sam Cooke’s “A Change is Gonna Come,” Childish Gambino’s “This is America,” Nina Simone’s “Baltimore” -highlight Black music that has changed the world.

How, you ask? These songs have fueled conversations, sparked movements, and drive the continued progression of the Black community that instill the fight for equality.

But Tidal has also made a point to commemorate some of the greatest Black Leaders of all time. The category is called, ‘SPEECHES’, which features Angela Davis, Malcolm X, Martin Luther King Jr., Ossie Davis, and more. Displaying the audio for all these speeches is a means to inform their subscribers, but to create an inclusive music community.

These are all social activists that have created a legacy that our leaders today are still fighting for. But they started the revolution.

The music industry is home to plenty of talented Black artists, musicians, composers, and producers. It’s because of these people there is a music industry, so these platforms advocating for the people that created their companies are not only vital, but it also sends a message.

Without the influence of Black culture and expression, the music industry would be almost unrecognizable.