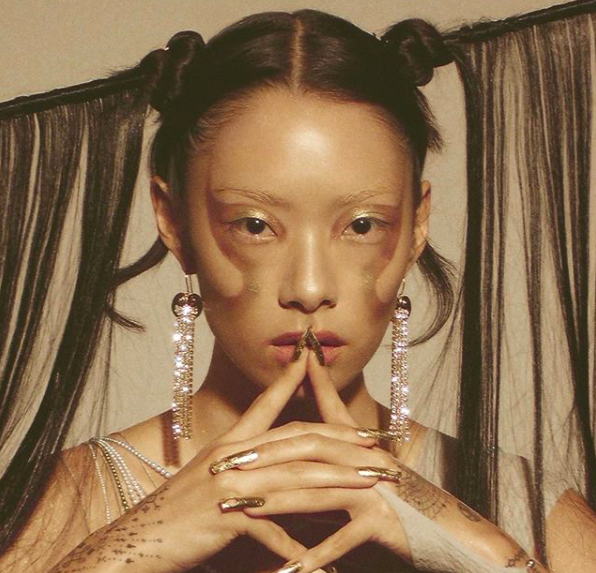 Earlier this year, up and coming pop artist Rina Sawayama dropped her debut album SAWAYAMA. The album is full of nods to 90s and early 2000s pop songs, which is a departure from the 80s nostalgia pop music seems to be reveling in right now.

Sawayama’s music pivots from Britney Spears-esque pop songs to glam rock to synth-heavy ballads. Her music’s appeal is her chameleon-like way of adapting and fitting into every genre she tries out.

Songs like “XS” and “Paradisin’’’ sound straight out of the early aughts, but Sawayama puts her own twist on them, adding grungy guitar riffs and playful lyrics. “Then you threaten to send me to // boarding school for the seventh time // I know we can’t afford that, so I’m fine,” she sings in “Paradisin’” while retro video game sound effects blip in the background.

Sawayama also tackles serious topics, most notably in fan-favorite track “Bad Friend.” In an interview with Apple Music, Sawayama said, “I think everyone’s been a bad friend at some point, and I wanted to write a very pure song about it. Before I went in to write that, I’d just seen an old friend. She’s had a baby. I’d seen that on Facebook, and I hadn’t been there for it at all, so I was like, “What!” We fell out, basically.” The vocoder effect and lush production make the song stand out musically, but lyrics like “God it’s insane how things can change like that // Don’t even know where you are // what you do and who you do it with” are what will stay with the listener.

The song topics turn to familial struggles; in “Dynasty,” Sawayama explores intergenerational pain, while “Akasaka Sad” draws parallels between her loneliness in a new city to the experiences of her immigrant parents.

Every song on SAWAYAMA sounds like the future of pop music, even while they also inspire feelings of deja vu. From cinematic music videos to endorsements from Elton John (“This is my favourite album of the year”) to high-energy live performances, Rina Sawayama is definitely a pop star in the making.