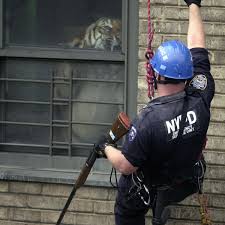 Standout Track From NYC Rap Duo’s Latest Album Is a Meditation on Power, Race, and Retribution

The Rap duo Armand Hammer, composed of NYC’s own Billy Woods and Elucid, have been at it since the early 2010’s dropping underground gems. On their latest project, Shrines, the two are at their peak, delivering rhymes as visceral as they are poetic.

One of the album’s high points is the penultimate track, “Ramesses II”, a song that paradoxically matches hazy dreaminess with political awareness. The instrumental, produced by Navy Blue, comes across as breezy and easy-going, but in reality it lends itself towards allegorical poetics concerning race, imperialism, and the American experience.

In the first verse, guest Moor Mother spends time fleshing out her African roots and the bloody history engrained in that lineage, tying everything in with forceful quips such as “I’m a Black Panther knife to the neck of King Leopold.” This stands as a  “fuck you” to the history of Belgian Imperialism that ravaged the Congo and its people, and is appropriate in times like these in which Black Americans have been assessing how the “powers that be” in the U.S. function to do the same.

Woods’ verse sheds light on the “zero-sum” game being played, while guest Earl Sweatshirt continues the theme started by Moor Mother with lines like “Eyes baggy, wire transfer hemorrhaging blood money bags,” which speak on the bloodshed and suffering engrained in his being as a black man.

The beat switches midway through and Elucid comes in with a verse that features him pondering on the non-static nature of life and how people should be uncomfortable since things are always changing regardless. It’s an effective philosophical sentiment for a track full of metaphorical allusions to history and the root of being.

Stream “Ramesses II” and Shrines now on all platforms.