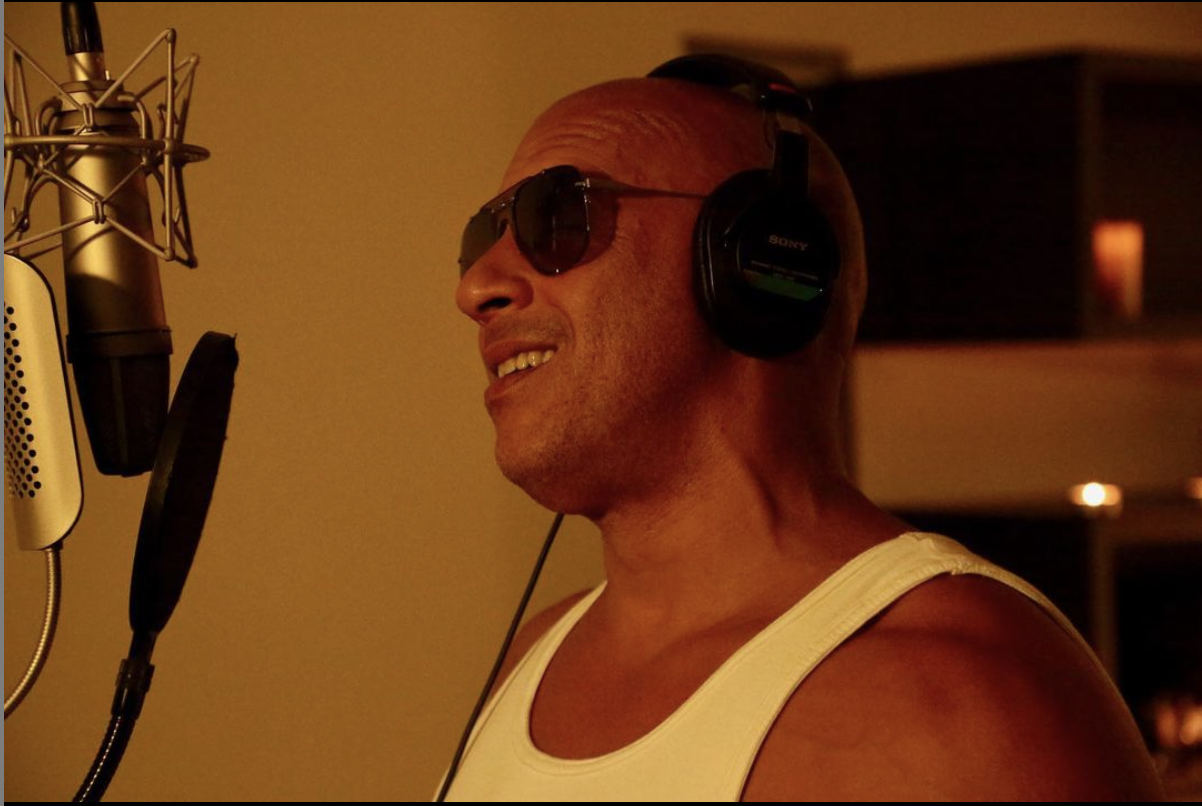 I do not care how psychic you claim to be, there is zero chance ANYONE had American actor, “Fast and Furious” star VIN DIESEL releasing music on their 2020 bingo card.

I’m not kidding. Further down in this article I will link you to his Spotify page as proof. But first, let’s talk about this a little more. When my brain first conceptualized this sitcom premise, I immediately dove into research mode. I was surprised to learn that in Hollywood, Diesel’s singing ability is a non-secret.

Growing up doing musical theater, and busting out karaoke hits every few years, die-hard Diesel-heads (Diesel-ites?) knew it was only a matter of time before this man graced a recording studio in an official capacity.

Now let’s talk about genre. With his legendary tough-guy persona, one would assume Diesel would be rapping, rocking out, maybe even EDM. But that’s not the way this Riddick was chronicled. Contrary to what people might have expected, his songs are neither “Fast,” nor “Furious,” if I can be so bold, I’d describe them as “Slow & Calm” (!)

Both of his tracks, “Days are Gone” and “Feel like I Do” are bonafide pop songs. His lower than low voice punctuates every beat, almost acting like a metronome in the best possible way. If I were to compare him to a more established group, I’m not afraid to say Vin Diesel gives me serious OneRepublic vibes.

His latest release, “Days are Gone” is a somber reminder that every day we live is also a day we spend. The lyrics paint a picture of someone looking back fondly on their youth and mourning the loss of their own childhood. There’s also a recurring line where Diesel just lists the days of the week. So do with that what you will.

This next comparison is for a very niche audience, but I will still write it nonetheless. Mr. Diesel’s album is giving me heavy flashbacks to 2006 when Paris Hilton released her studio album, the randomness, the unexpected nature of it all. It’s uncanny.

The Voice of Groot’s other song, “Feel like I Do” first premiered on the Kelly Clarkson show back in late September.

There’s no way around it, this song kind of slaps. I imagine someone’s parents shopping at a grocery store, hearing this bop, and halting chip-aisle traffic to shazam this jam.

Further evidence that the move to music was to be expected, Diesel was featured on a Reggaeton track from El Alfa, back in February. “Coronao Now” features The Pacifier spitting fire in Spanish.

After emotionally recovering from learning all this new information about Vin Diesel, I have to say, I’m not mad at any of this. Whether or not his newfound musical ambitions are a pandemic-project, this is a reminder that everyone has a song in their heart, and we should all just go for it.