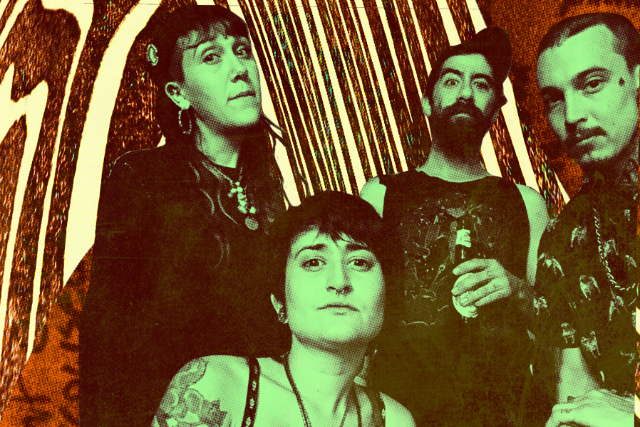 A four-punk posse, strapped with the usual tools like guitars and ukuleles, along with irregular instruments like the mandolin, muntamonika, gutbucket, and washboard are essential items for one of my new favorite bands, Days N Daze.

The Houston-based music group is folk-punk in name but has just enough funk to warrant me labeling Ska as an influence on their sound.

Their latest album, Show Me the Blueprints. dropped in May and I have never wanted to start a band as much as I do now. This album features some of the best banjo work (which is a phrase I never thought I’d say) in the punk scene. Some tracks, like the introductory song “Flurry Rush” start at 90 miles per hour, which is bliss if you need to start raging at a moment’s notice.

The only single on the album “My Darling Dopamine” utilizes the familiar hurried lyrics and accentuated drum beats. It’s a nice commentary on what people will endure for that quickly fading hit of pleasure. Existentialism is sprinkled throughout the album, but nowhere more explicit than this track. Hearing this makes me wonder if life is so great, why are people always trying to escape it?

If you have read my other reviews, you’ll notice I have no qualms about picking favorites off of albums or labeling a track as best. That’s not changing for this review either.

“Addvice” is the heart of the album. Sprinkled throughout the record are mentions of using drugs, alcohol, whatever vice you favor. The sustained abuse of substances in order to try and make life seem bearable will eventually have the opposite effect, as any now-sober person can tell you.

The song isn’t naive, either. It’s a long arduous journey into recovery. I also don’t necessarily believe it is promoting sobriety or clean living either.

Days N Daze have been quiet for the most part since the album dropped, I wish we could see more from them on social media, maybe even live streams? But fans can understand the long gaps between projects since each of the band members have other creative pursuits constantly in the works. Until then, we just have to suffice with Show Me the Blueprints.