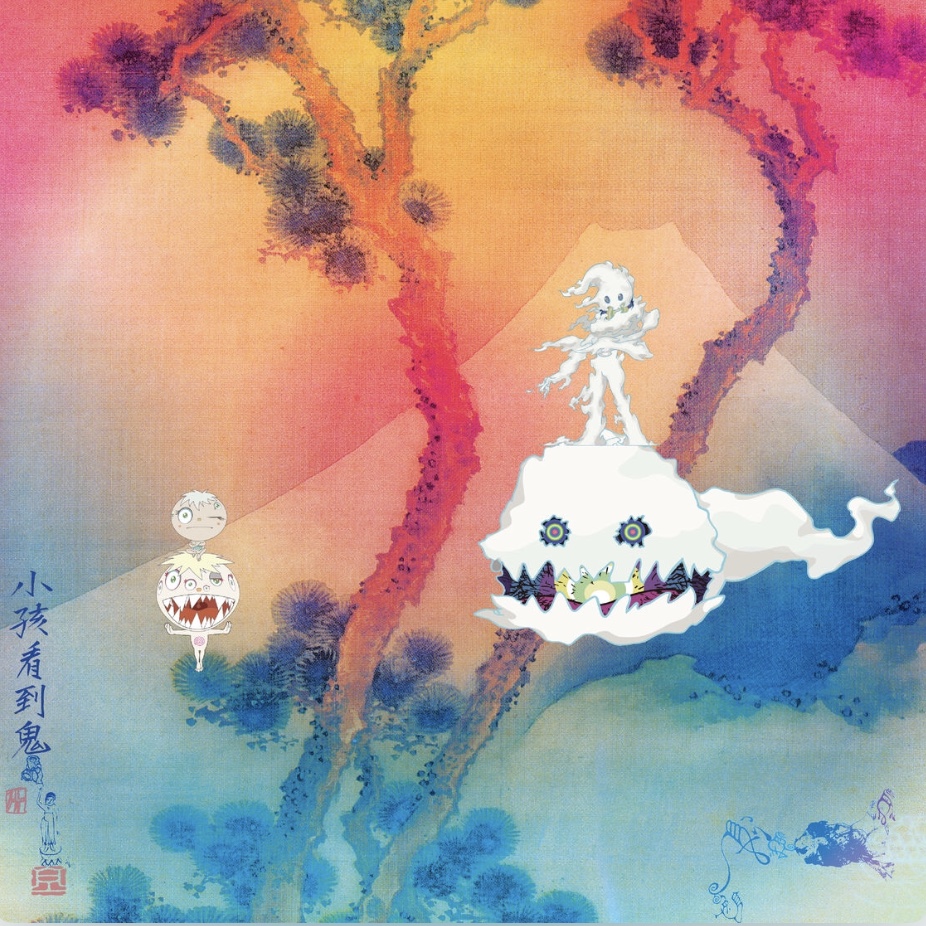 Description: Kids See Ghosts is a collaborative hip hop group comprised of Kid Cudi and Kanye West. It’s only fitting the two would come together on a collaborative project, seeing that both have been influenced by the each other for years now. They have collaborated on multiple songs on each other’s solo projects in the past, both in production and writing. Kid Cudi is most well-known for his debut album, Man On The Moon; an album still to this day is his best body of work and one of hip hop’s most influential albums. Kanye West has released 8 solo albums, all of which have had significant impacts on not only hip hop, but the entire music industry. “Kids See Ghosts” is Kids See Ghosts’ debut album. 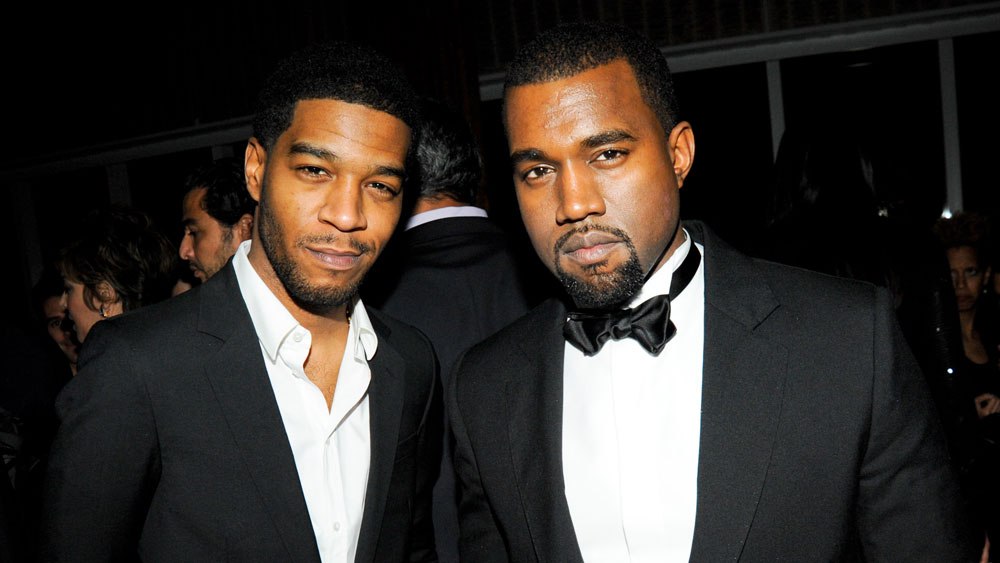 Final Thoughts: Leading up to this collaboration album, Kanye West had a major hand in two releases from the two previous weeks (Daytona by Pusha T & ye by Kanye West), both of which I thoroughly enjoyed and will most likely be seen on my favorite albums list of 2018 when it’s all said and done. So with these two releases, I had very high expectations coming into Kanye’s third installment of albums in Kids See Ghosts. And sure, even though Kid Cudi essentially hasn’t put out a great album in my opinion since Man On The Moon II, I still thought him coming together with Kanye on one project would pan out pretty well. Not only did the two artists exceed my expectations with this project, but nothing would’ve prepared me for the experimental, refreshing hip hop style this album brings. We get an array of samples swirling in the background, wild synthesizers by the legendary Mike Dean, but most of all we hear Kanye and Cudi complimenting each other flawlessly. Both their rapping and singing abilities are at an all-time high. I honestly haven’t heard Cudi sound this confident (and on-pitch) in quite a while. And as you may or may not know, each of Kanye’s releases this summer have featured a total of 7 songs (with the exception of Teyana Taylor’s KTSE). Kanye was asked by Big Boy the significance behind a 7-track album. He had this to say: “It was just a gut feeling and something that really hit me. I did more research into that number in how it’s the number of completion, it’s the ‘God’ number. I actually traveled to the archive of Michael Jackson and he had a bunch of jackets with the number ‘7’ on there. It just feels complete”. All that being said, let’s dive into these 7 tracks.

Immediately on “Feel the Love”, we get a sense of the energy these two artists are going to be bringing on this album. Cudi kicks it off by belting out, “I can still feel the love!”, over Mike Dean’s synthesizers. After a few repetitions of that opening line, Pusha T comes in with an aggressive opening verse in which he confidently states they don’t fear anyone in the music industry since they’re the ones others are worried about. He goes on to say, “I am not to be compared to you rappers, Eazy-Duz-It”. To end Push’s verse, Kanye delivers a ‘chorus’ of “Grrrattt-gat”s, leads into the bridge with some “Ba-ba”s, then jokingly begs the question, “Where the chorus?!”, to which Cudi hops back in and sings, “I can still feel the love!”. Classic Kanye. We then get the second track, “Fire”, where we hear Cudi and ye talk about people who try to bring them both down by bringing up their failures in life, to which ye responds in the opening line, “I love all your shit talkin’/ You ain’t got nothin’ better to do with yourself”. Cudi then proclaims, “It’s so many days I prayed to God/ All this pain, I couldn’t seem to find a way/ On a mission, livin’, carry on/ Got my family, I’m seeing through better days”. As Cudi announced via social media a few years ago, he voluntarily checked himself in to a rehabilitaion center. He claims to have been in a dark place and such a deep state of depression that he sought out professional help before his issues escalated any further. In this verse, he credits his family and God for helping him through the darkest point in his life. On the chorus, Cudi sings, “On this road I find/ The scars I left behind/ Heaven lift me up”. He’s saying here that the road through rehab was a difficult one, but one that led him to leave his demons behind and look to the heavens to find peace. It’s the shortest track on the album, but a powerful one at that (spoiler alert: this isn’t the last time you’ll see me include the word, ‘powerful’).

The third track might be the boldest venture the two artists have ever attempted. “4th Dimension” features a Christmas sample from the late Louis Prima. You read that correctly. The sample thrown on top of this hard-hitting track is in fact a classic Christmas song called “What Will Santa Claus Say”. And as the title of the track suggests, the song feels as though we’re traveling into a universe we’ve never been, or, in this case, heard. Ye’s opening verse has him describing a new dimension of sexual intercouse he’s never experienced before. He also says, “This the theme song, oh something wrong” (we’ll come back to this in a few sentences). We then hear Cudi come in on the second verse and spit, “Such a lost boy, caught up in the darkest I had/ What’s the cost boy? Losin’ everything that I had”. Again, we find Cudi detailing the cost of drug addiction in his life. He then says, “Now, this the theme song, this the theme song/ Put your beams on, get your, get your dream on”. I’ve heard this line interpreted several different ways, but I see this as Cudi moving on from his past habits and entering a new stage in his life, or a new dimension. Speaking of which, the next track, “Freeee (Ghost Town Pt. 2)”, is a declaration from Kanye and Cudi that they don’t adhere to what others say about them. They only listen to what God tells them and that alone sets them free to do what they feel called to do. Ty Dolla $ign makes a guest appearance, singing, “Hold up, let ‘em politic/ One day they hate you/ Next day they love you/ I’m still saying ‘fuck you’”. If this doesn’t describe how the world views Kanye, I don’t know what does.

The title track of this album is the most interesting to me, solely because it gives us an idea of what the album, Kids See Ghosts, means to Ye and Cudi. A close affiliate to Kanye and G.O.O.D. Music had this to say on the track, “Kids can see what adults no longer allow themselves to see…”. This could signify Kanye and Cudi stating to their contemporaries they view music and the world through a different lens than most. The song/album could also refer to the two artists’ late parents; Cudi’s father and Kanye’s mother. Although their parents have passed, their spirits live on. We can find this hidden meaning in the chorus of the track, “Kids see ghosts sometimes/ Kids see ghosts sometimes, spirit/ Moving around, just moving around”. The rest of the song provides so much depth into both artists’ personal lives, especially Kanye. He raps in verse two, “Got a Bible by my bed, oh yes I’m very Christian/ Constantly repentin’, cause yes I never listen”. He goes on in typical Kanye fashion, “Don’t like being questioned and don’t like being less than/ Any a competition in any of my professions/ So, I gotta guess then I gotta stay the best man”. And as the hard worker he is, Kanye was able to produce 5 albums within 5 weeks of each other. Say what you will about his character, but the man doesn’t stop working to be the best at his craft. It’s rare in hip hop, let alone music, to stay relevant for over 10 years, and Kanye has been in the limelight for a good 15 years now. He continues to push the envelope in his style and influence so many other great artists.

To close this tight album out, we have “Cudi Montage”. The track features a Cudi verse that speaks on finding his own peace in the world, and a Kanye verse that speaks directly to the world finding its own peace. It’s a beautiful dialogue between the two artists and a perfect way to close the album out. Both artists have struggled to find their own peace since their loved ones have passed, but they come together on this album to finally declare that they’re at peace with themselves, and encourage the rest of the world to do the same. Cudi opens with, “Cause I feel the world weighin’ on my heavy/ Tryna keep it steady/ Ready for the mission/ God, shine your love on me/ Save me, please”. He continues, “Pain in my eyes, everytime I find, I’m stronger than I ever was/ Here we go again, God, shine your love on me/ Save me, please”. Here, Cudi says he was feeling the weight of the world on his shoulders for so long, until he found that God could help him through the turmoil. He continues to deal with some sort of pain, but he finds God in the midst of his weakness, and because of that he feels he’s a stronger man. The chorus of the track features Cudi and Mr. Hudson together playing God and powerfully singing, “Stay strong!”, which represents God speaking directly to Cudi to stay strong. Then Kanye hops in for the second verse as he says, “Everybody want world peace/ Until your niece gets shot in the dome-piece/ Then you go and find your own piece/ Hoping it’ll help you find your own peace”. Notice the way Kanye utilizes the words ‘peace’ and ‘piece’ here. The word ‘peace’ represents tranquility, while the word ‘piece’ is used to represent both a gun and a loved one’s head. Ye is saying that people preach to having world peace when things are going well, but the minute a loved one is killed, a person’s mentality towards world peace will change to now finding one’s personal peace by seeking revenge. In my opinion, these are the most powerful bars on the album, maybe of the year. And for those who remember the track “XXX” from Kendrick Lamar’s DAMN. album, these bars from Kanye encompass what “XXX” was trying to convey. It’s easy to preach the right things when all is well in one’s life, but the minute tragedy strikes, it takes a strong individual to not retaliate. The song and album end with Kanye and Cudi singing, “Lord, shine your light on me/ Save me, please/ Stay strong!”. Both artists used to deal with their mental health by turning to drugs, but now rely on their faith in God to save them from the pain. Whether you believe in a Divine Being or not, this is a beautiful sentiment from both artists of how they overcame so many obstacles to get to their current state of peace.

Although this album is a mere 7 tracks in length, each one is meticulously crafted and sounds nothing like anything we’ve ever heard from either artist. In its short run time, Kids See Ghosts feels like a complete album. Along with some incredibly powerful lyrics, the instrumentals and samples used throughout this album continue to blow me away. Kanye and Kid Cudi sound more confident than they ever have as it feels like a long time coming for these two to make a project like this, but it’s a beautiful thing to hear that they’re finally healthy and in the right state of mind. Much love to those two.