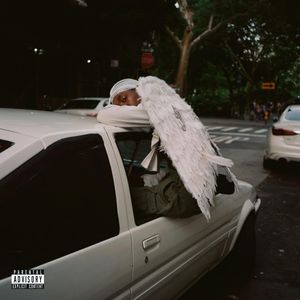 Description: Dev Hynes (aka Blood Orange) is a singer, songwriter, composer, producer and director from London, UK. He was formerly under the name Lightspeed Champion, but from 2008-2018 he has released four projects under the name Blood Orange. He has worked alongside Tinashe, Solange, Haim, Florence and the Machine, Carly Rae Jepsen, and A$AP Rocky. There is some serious Prince influence heard throughout his music, as his vocal range could practically rival that of Prince. Negro Swan is Blood Orange’s fourth studio album.

Final Thoughts: For those of you who felt 2018 got off to a pretty slow start in terms of music quality, you’re not alone. But this has been the summer of music! We’ve been getting some incredible bodies of work throughout the summer months, and it’s only fitting it wraps up in style with Negro Swan. A total surprise for me. Dev hits us with tracks that dive into his own depression and anxiety. He examines the emotional difficulties of both homosexuals and black people, but provides commentary to lead them out of that dark place. The term “Negro Swan” to me is a representation Dev uses to lift up the black community. Swans are common symbols of grace and beauty, and that holds true listening to the vibe of this album, as it flows beautifully and gives the listener a sense of peace.

The brown that shines and lights your darkest thoughts.

On this second track, he’s speaking to all black people who feel inferior or worthless. Dev is saying to let your color empower who you are, not drag you down. “Hope” continues this message, with a little help from Puff Daddy. The chorus goes, “Is this the way that you, way that you are/ Bring hope when you come around/ Smile when you come around.” Block out the negativity and emulate positivity. Dev even sings on the intro and outro of the song, “Follow that sea/ Chase what you know/ Cover your weave/ Jump in the flow,” which can be interpreted as recognizing self-worth and staying true to oneself. Dev’s vocals throughout these tracks are gorgeous, with impeccable falsettos and harmonizing.

“Nappy Wonder” is another high point for me. The way the song came together is hilarious, so please read this excerpt from Dev’s interview with Pitchfork:

The song itself was written really quickly. I tried all these different experiments for the album; a couple of times I booked studios for myself, which I’d never done before. I would just bring a hard drive—but not a computer—and use whatever was in the studio to make a track. Then I would take it back to the hard drive. So one day I was waiting for Andrew Aged from inc., and Fai, who sings on the album, to arrive in the studio, and I’d had this keyboard loop that I’d made in Rocky’s kitchen the night before. So in the hour while I was waiting I just made that song really quickly and didn’t think anything of it. But then they got there and they all fucked with it, so I was like, 'Shit, maybe this is a track.'

I love hearing artists tell stories about how songs were made, and I find it to be so interesting how truly great songs can be written in a matter of 10 minutes or 10 hours. The track itself talks about Dev’s love of skateboarding, but also touches on how there’s no way to control certain feelings. The hook on the track is my favorite on the entire record as he sings in a falsetto: “Feelings never had no ethics/ feelings never have been ethical.” So true.

The one knock that I give this album is very similar of my criticism towards Honeybloom. Although the songs are full of bliss and jazzy beats, a few songs can feel dragged out at times, with the album not changing pace to keep things more interesting. It’s not that the songs themselves are bad by any means. It’s just as an overall album experience, I felt towards the latter half, I kind of expected what I’d be hearing at that point. But what this album does provide far beyond outweighs the one flaw I found. It’s very easy to enjoy this album, even if you’ve never heard of Blood Orange before. In an age where listeners want instant gratification with their music, this album thrives in simplicity and elegance. It’s a great album to vibe to drinking your early morning coffee or sitting beachside watching the waves crash on the sand (I say this because I have first-hand experience in both scenarios).