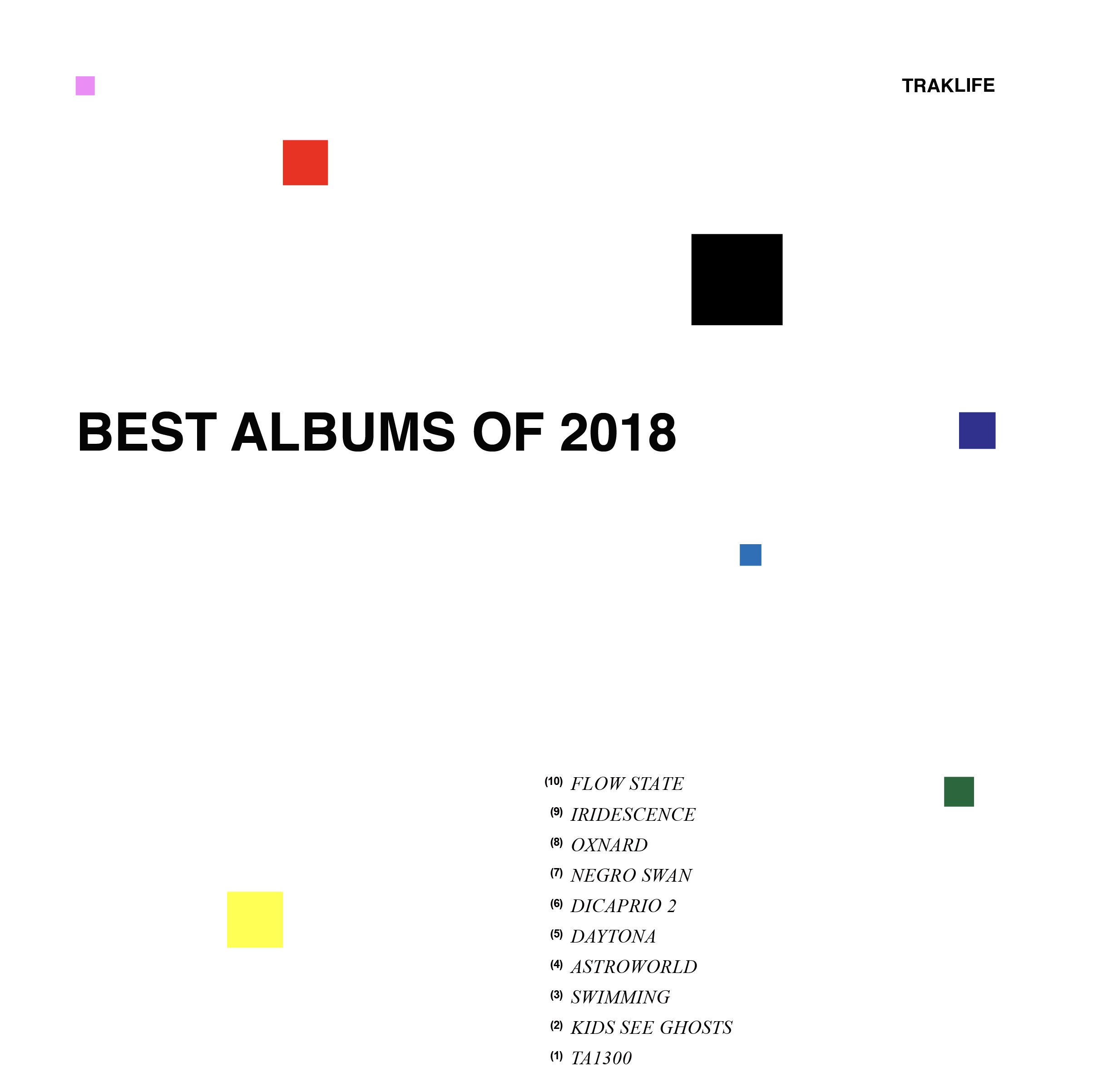 Throughout the year, I kept a list on my phone of all the albums I listened to, along with my personal rating for each album. It’s been the most music I’ve listened to in a single year as I listened to over 200 albums in total. To cap off 2018, I will be giving my list for the top 50 albums of the year, in order. I always love getting music recommendations from friends, and sometimes discover hidden gems along the way, some of which ended up on this list! Obviously this list is subjective, so please feel free to share your thoughts and your own lists in the comments! Hopefully my list will provide an album or two that peaks your interest! If not, that’s okay too. Thanks for reading, anyways!

49. Be the Cowboy by Mitski (Alternative)

Favorite Tracks: Corporation, Over and Over andn Over, Ice Station Zebra

Favorite Tracks: Only God Can Judge Me, I Can’t Lose, Get Back Right

Favorite Tracks: You and Me, …Lost, Lie

43. The Now Now by Gorillaz (Alternative)

Favorite Tracks: Little Dark Age, Me and Michael, She Works Out Too Much

29. Delta by Mumford and Sons (Alternative)

Why I love it: His unreal energy coupled with unique rap flows make for a fun half hour of music. Also, “Nuketown” might be mosh-pit anthem of the year (sorry, “Mo Bamba”).

Favorite Tracks: After The Storm, Just A Stranger, Flight 22, Your Teeth In My Neck

Why I love it: A sensual experience that takes you back to ’90’s era R&B.

Why I love it: The coffee shop soundtrack of 2018.

Why I love it: A feel-good, glossy, alt-rock album! Definitely didn’t anticipate enjoying this album as much as I did.

Favorite Tracks: Come Over, Hold On, Stay The Night, Come Together

Why I love it: Chill vibes only.

20. Trench by twenty one pilots (Alternative)

Why I love it: It makes you feel a little dangerous.. like maybe what you’re doing is against the law somehow.

Why I love it: You ever feel like you’re in a troubled child’s fairytale book? Me neither, until I heard this album.

Why I love it: Good luck trying to keep these songs from being stuck in your head.

Why I love it: Feminism never felt so good.

16. Orpheus and the Sirens by Hermit and the Recluse (Hip-Hop/Rap)

15. A Brief Inquiry Into Online Relationships by The 1975 (Alternative)

Favorite Tracks: Love It If We Made It, How To Draw/Petrichor, It’s Not Living (If It’s Not With You), Give Yourself A Try

Why I love it: By far their most mature, conceptual album yet.

Favorite Tracks: All Mine, Yikes, No Mistakes, Violent Crimes

Why I love it: 11 songs that feel like summer. Beach House lives up to their name.

Why I love it: Earl’s best album to date. Change my mind.

Why I love it: Literally, this is a flow state.

Why I love it: The hardest working boyband’s most vulnerable project yet. It’s no Saturation, the boys sure did it again.

Why I love it: Imagine driving along the coast of California in the early 1990’s. Even if you can’t think of what that looks like, this album will take you there.

Why I love it: Dev’s most complete body of work yet. His vocal range coupled with the production is smoother than silk.

Favorite Tracks: The Games We Play, Hard Piano, Come Back Baby, What Would Meek Do?

Why I love it: 7 straight tracks of pure bars. I forgot how Push makes me feel every single word he’s saying, and on a water-tight project like this it’s hard to miss. No album grew on me more in 2018.

Favorite Tracks: Just da Other Day, Off Deez, Workin Out, Mounted Up, Skrawberries

Why I love it: There are very few moments on this album where it feels like JID actually takes a breath. Trap bangers and jazzy slow jams mixed throughout. I’ll say it again. He is the modern-day flow god.

Why I love it: Well, it sure lived up to the hype. Travis took the modern 808-trap production and fused that with psychedelic rock. It only makes sense Tame Impala makes a guest appearance. Hats off to you, Mr. La Flame.

Why I love it: This one is very tough for me. Throughout this project, he touches on this concept of “swimming” through life rather than drowning in it. You can tell he was in such a great place in his life as he was ready to put his demons behind him and look to the future. Few albums in my life have touched me in the way this album did this year, and I only imagine Mac was going to continue experimenting with this style of his music had it not been for his tragic and untimely death. If there is a silver lining here, it’s that he was able to give us his best body of work before leaving this earth for good. What a special gift that is. RIP.

Why I love it: Can Kid Cudi sound this impeccable always..? Where has this been for the last 10 years, Mr. Mescudi? And Kanye.. goodness gracious. Throwing some his best verses ever on this album! I really should’ve just wrote “All” for my favorite tracks on this project, because there is no shortage of incredible content throughout this short and sweet album from two of hip hop’s biggest names.

Why it’s Album of the Year: The whole reason I put a rule of not using an artist more than once on my “Best Tracks of 2018” list is due to this album, otherwise 13 Denzel Curry songs would have shown up on there. I mean really what else is there to say. From the overall concept down to the ominous production, this album truly is a representation of taboo: the scary things in society we’re afraid to discuss. I will admit, this will not be for everybody. There are early relaxing moments on the album, but overall it’s an aggressive musical expression of the pitfalls in being a human being. If you’d like to know more about my thoughts on this album, read my review where I take a deep dive into all 13 tracks. You best believe this album will be circulating through my playlists in 2019 and the years to come.