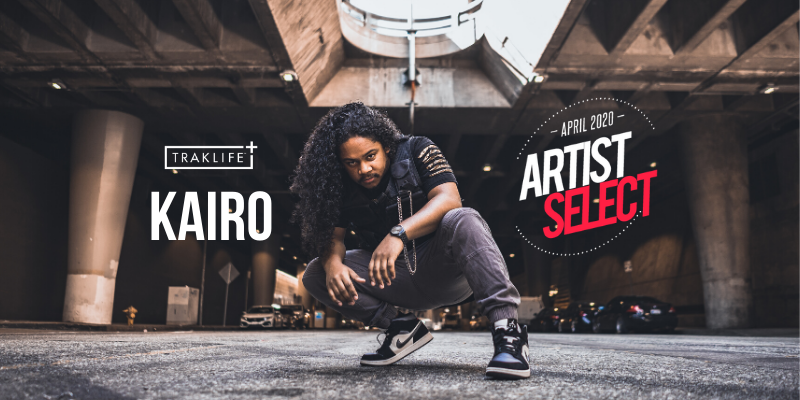 Artist Select presents our last feature, Kairo, a producer and artist best known for his production work on NBA2K20, Godzilla King of Monsters, Deadliest Catch, NBA Awards, and many more. Based out of Los Angeles, California, he was introduced to music at a very young age developing into a well-versed musical sensation in the industry. Read on to learn more about his journey and what’s to come next. 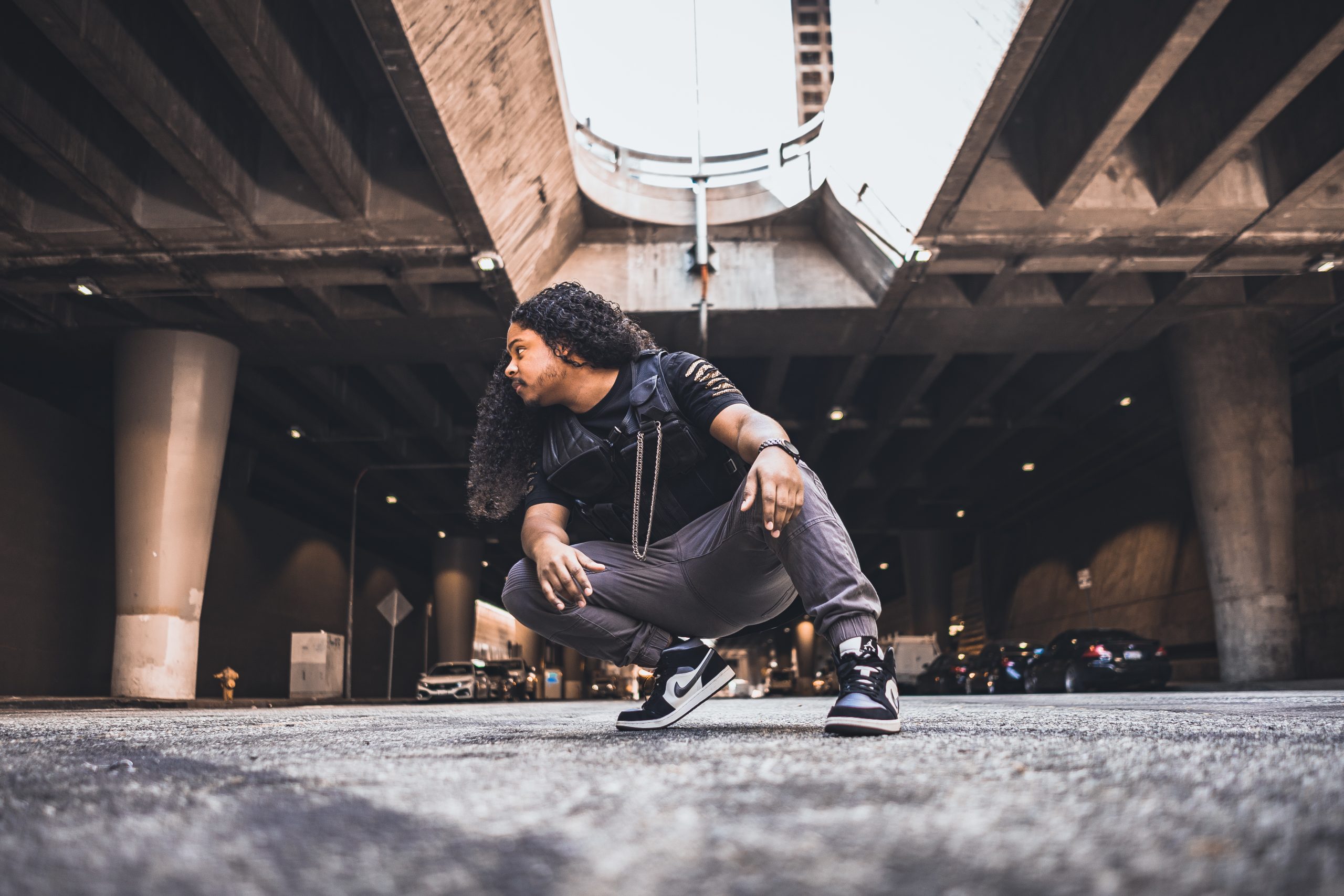 TRAKLIFE: What’s your musical background? How long have you been doing music?

KAIRO: I’ve been doing music since I was about 12 years old (11 years.) I started playing Guitar Hero and Rock Band  when I was a kid, I got to a point where the game was too easy and I wanted more of a challenge so for Christmas I asked my Dad for an electric guitar. Ever since that Christmas morning I’ve been playing and studying guitar. From heavy music like Slayer and Megadeth to classical works from Paco de Lucía, I’ve been influenced by all types of guitar styles.

TRAKLIFE: Describe the first time you realized you wanted to pursue a career in music.

KAIRO: I remember my first professional production gig. I had just got into production and I was on YouTube looking through tutorials on making electronic music and beats (shoutout to BusyWorkBeats and Seamless) to learn how to use FL Studio. My Dad was working with an EDM artist at the time and she was looking for production so of course, he gave me the opportunity to send her music. I ended up producing 2 songs for her on the demo version of FL Studio 10! From then on, I’ve been a producer exclusively.

TRAKLIFE: What are 3 words to describe your music?

TRAKLIFE: How do you choose the artists you work with?

KAIRO: Right now, we’ve (Offstream Music Group) been working with and developing artists strictly for sync licensing. Our goal is to help film production companies, trailer houses, and even YouTubers get the right music for their projects. An artist that can deliver a descriptive concept and still be lyrical really stands out to me; someone that can send a clear message without sacrificing creativity.

TRAKLIFE: What is the main take away you want your listeners to get from your music?

KAIRO: I think my listeners should feel motivated and inspired after hearing our music. We create these scenes and atmospheres that make you feel larger than life and you feel like you can move mountains.

TRAKLIFE: Describe your experience when you first heard one of your tracks would be placed? Where was it placed? Are there any special placements that stand out more than another?

KAIRO: My very first placement was a Godzilla trailer, I was super shocked when I got the call from Offstream that they needed a voiceover edit for a song they were using. I jumped on it as fast as I could and about 2 weeks later, I saw the finished product on the screen and it was SURREAL! My biggest placement was by far being in the NBA 2K20 game… actually IN the game. To this day you can load up a game of 2K20 and hear “We Came To Win – Kairo X Sha’Ki” playing on the MyPlayer menu. Offstream secured that one shortly after the Godzilla placement and we’ve been on a roll ever since.

TRAKLIFE: When can we expect more music?

KAIRO: We plan on releasing 3 projects this summer plus a few singles in between time. 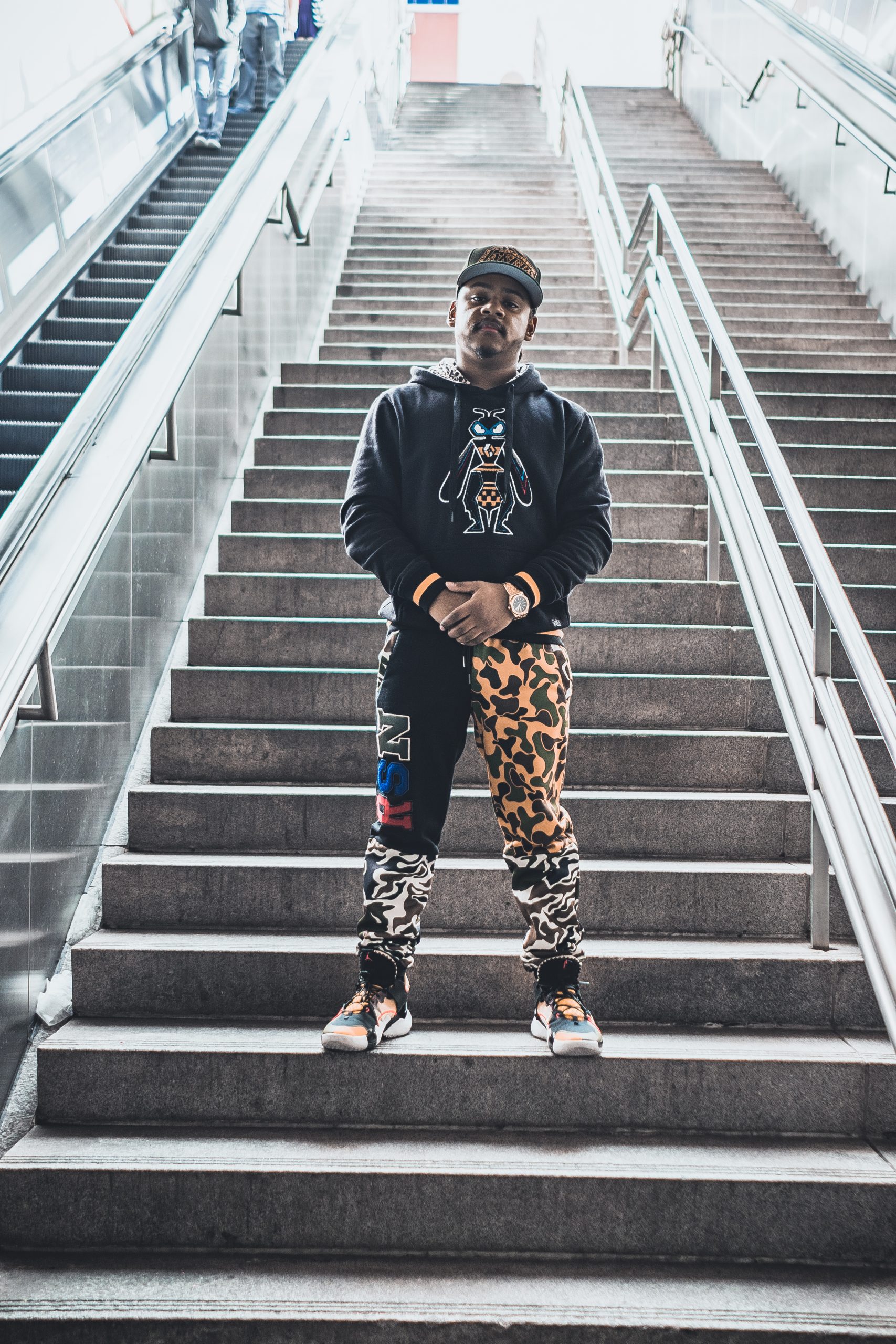 TRAKLIFE: Who are your musical inspirations?

TRAKLIFE: If you could work with any artists or producer (dead or alive) who would it be and why?

KAIRO:
Kenny Beats has been on my radar for a while, I’d love to work with him. He works in Ableton and I work in FL but we share a really similar workflow and I think when the time is right, we’ll make some BANGERS together. He’s definitely a big influence on me for sure.

TRAKLIFE: What are the biggest challenges for you as a producer and just someone working in the music industry?

KAIRO: I think the biggest challenge I face, and I’ve seen others face is connecting with other artists and collaborating on projects through the internet.

TRAKLIFE: What advice would you give to others trying to start a career in music?

KAIRO: If you’re trying to start a career in music, the first step is to NOT look at it as a career. Music is a sacred artform, as soon as you direct your focus to making money, it shows in the art. Picasso didn’t paint for money, he painted because he loved to paint. As soon as you unlock that mindset then you’ll be unstoppable in the industry and you’ll be willing to tough it out when things don’t go as planned.

TRAKLIFE: How do you conceptualize your projects?

KAIRO: On our projects, we go in with the mindset of “how can this help bring a movie scene to life?” Sometimes we watch game clips and trailers to get an idea of a scene we want to capture in the song. The goal every single time is to paint a picture for the fans that’s so vivid that they can envision themselves in that picture.

TRAKLIFE: What’s next for you?

KAIRO: I’m dropping projects regularly but the next step for me is to get into music supervision and film scoring. I’d love to score an entire film one day. 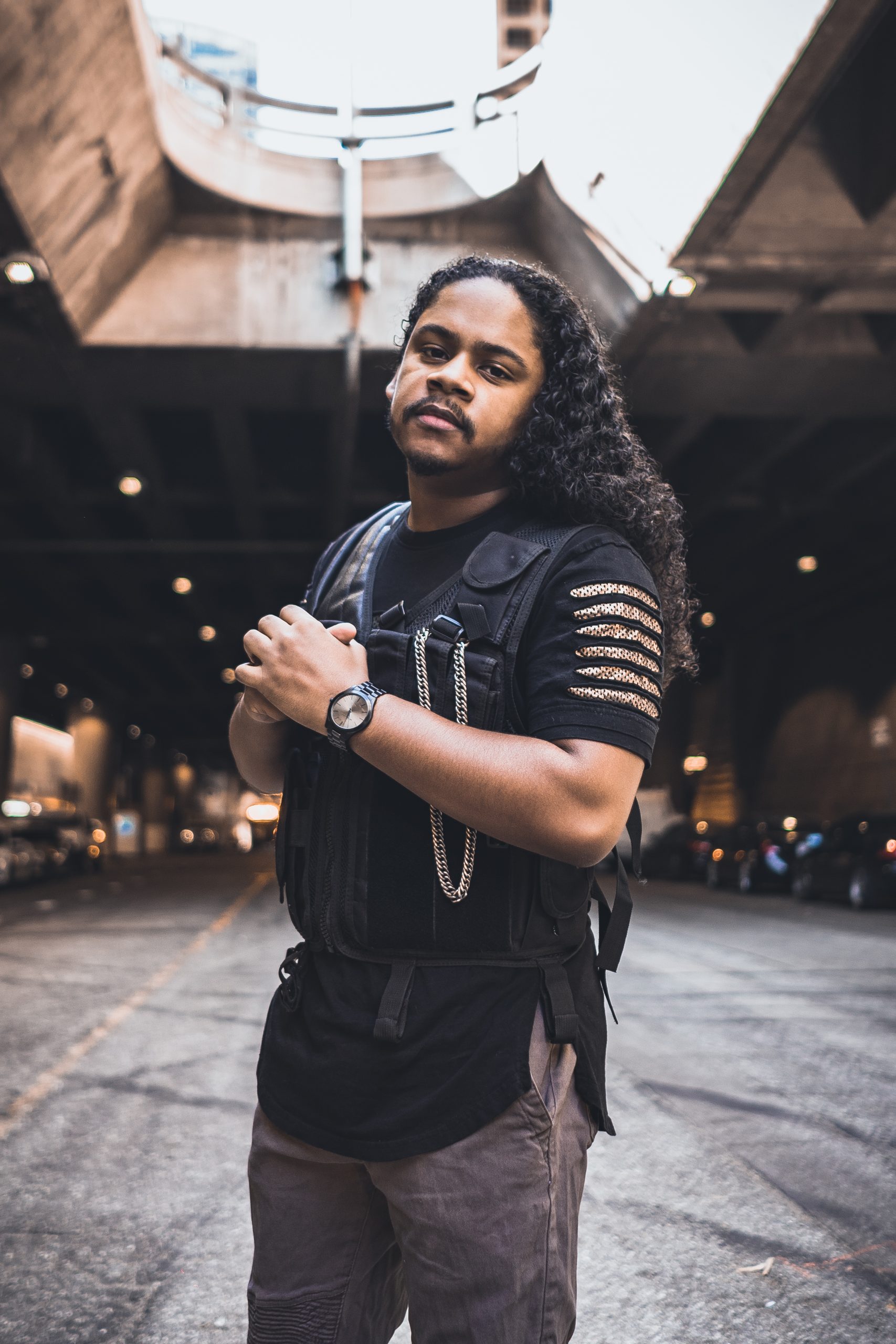 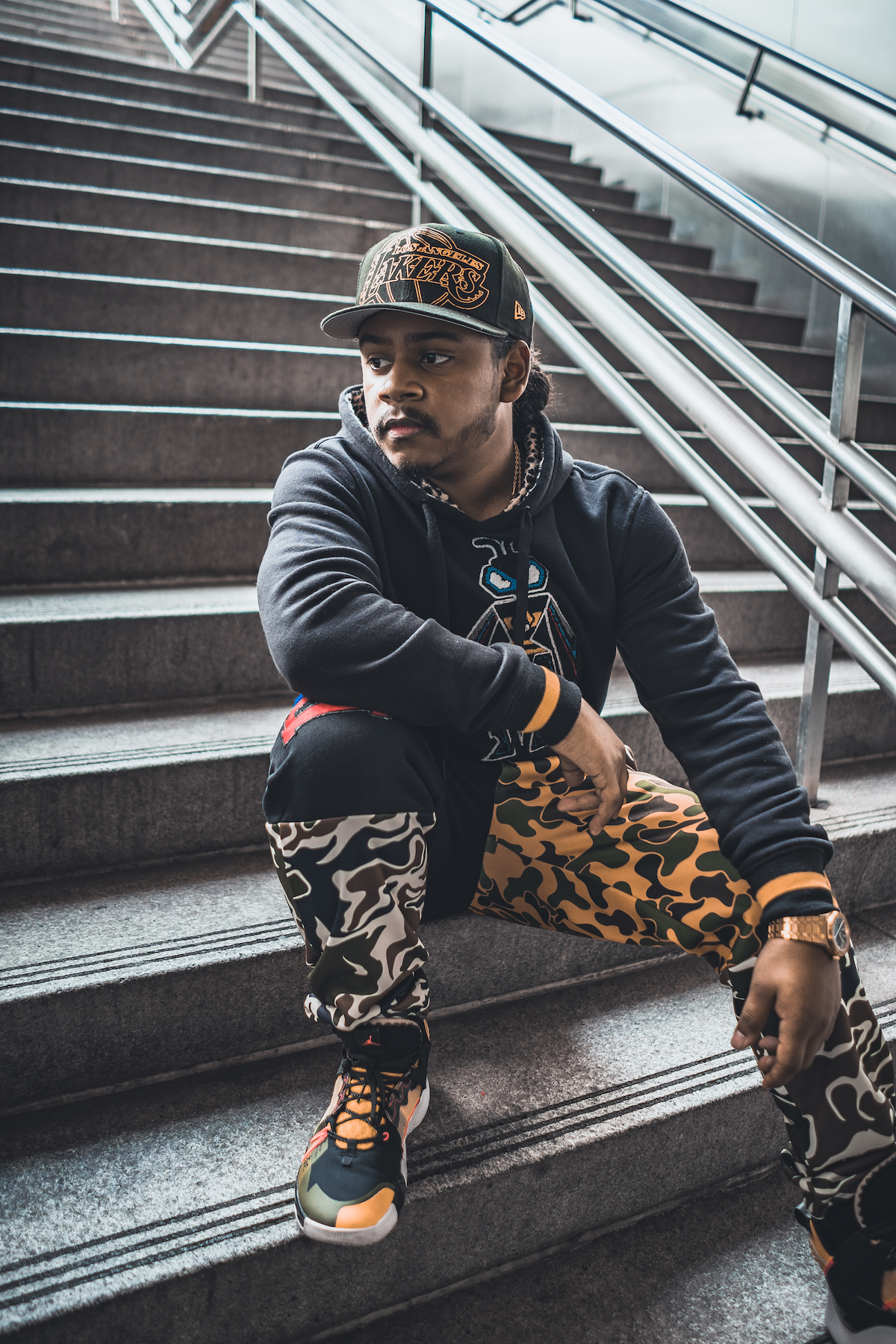