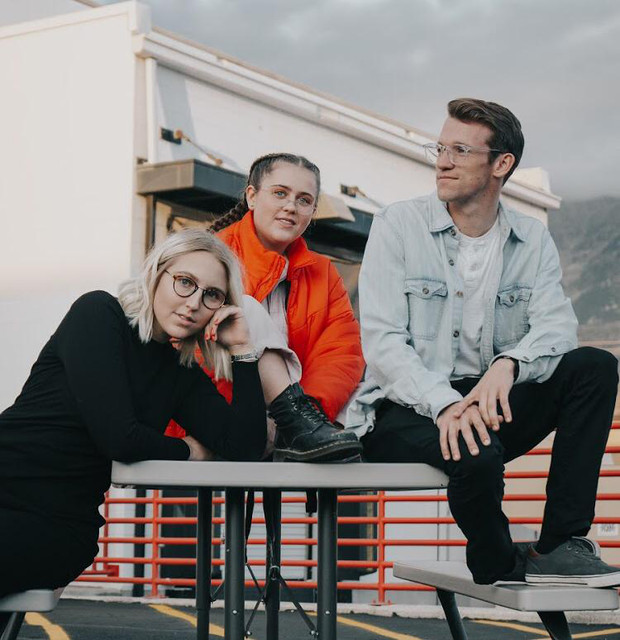 Earlier this year, Leidi released the single “Are We a Thing,” a bouncy, electro-pop song with lyrics you can sing after one listen.

The group, originally called The SASH, got their start in Provo, playing bluegrass-inspired music. The band is made up of sisters Summer and Sierra, and their friend Trevor. After Trevor spent a few years in Iceland, the band decided to switch up their sound and start making Scandinavian-style pop music. They started releasing music under the name Leidi – which means “girls” in Finnish – in 2017.

Leidi seems to be a side gig for the members of the group. Sierra announced the release of “Are We a Thing” on her Twitter account, simply saying, “Happy isolation everyone here’s a really happy song I wrote like a year ago and didn’t know how to release so I just went for it when I was bored this week.” Her sister quoted the tweet with her support, but that was about it for a promotional rollout.

Even though music is a hobby for Leidi, you wouldn’t know that from listening to “Are We a Thing.” The production is clean and crisp, and the vocal harmonies give the track dimension. The song also makes use of the 80s synths that have recently become so popular.

Over the last few years, it’s gotten easier and easier to make high-quality music from the comfort of your own home, often with just a mic and your computer. “Are We a Thing” is a good example of how so many people are playing around with music production and songwriting in their free time and creating something truly special.

There’s no word on when – or if – Leidi will provide any follow up songs, so we’ll just have to keep our fingers crossed.

Check out “Are We a Thing” here!