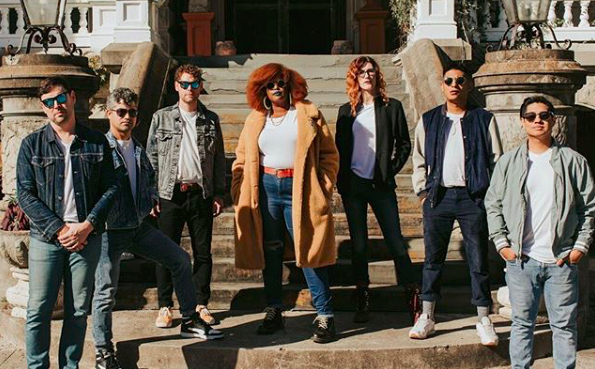 The Suffers’ “Take Me to the Good Times” – Single Review

The Suffers have finally dropped a new song – their first since their 2018 album Everything Here. “Take Me to the Good Times” is a funky ode to the band’s love of touring and spending time in different places.

The song’s lyrics are especially poignant in this time of quarantine and social distancing. “I just gotta get out most days, you see // I like walking around, it’s good for me” is something we’re all feeling these days.

The production is a classic Suffers song, with horns, jangling piano and an infectious bass line. “Take Me to the Good Times” might be a continuation of The Suffers’ signature sound, but vocalist Kam Franklin says to expect growth from the band.

“Aside from it being upbeat, we picked [“Take Me to the Good Times”] because it felt the most like a familiarity to what folks are used to hearing from us, but also sort of a departure from that sound. I think our next record is going to be a very different version of The Suffers, a very grown up version of us.”

In a statement released with the song, Franklin said, “A little over two months ago, life as we knew it came to a halt. Our tours were cancelled, and the world as we knew it changed….This song is a reward to us for the hard work we put in, but it also serves as a love letter to the road, while offering a promise to return back to it.”

“Take Me to the Good Times” is the first single from their third album, It Starts With Love, It Ends With Love, which is due out later this year.

Check out “Take Me to the Good Times” here!

funkR&BSingleSoultake me to the good timesthe suffers