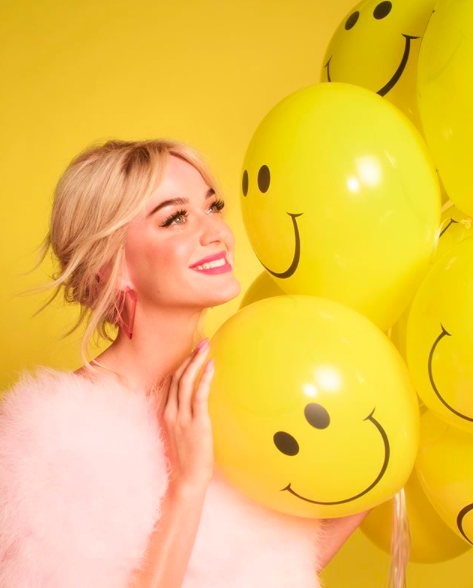 What Happened to Katy Perry?

She’s instantly recognizable and a household name. You could talk to any random person on the street and they could name at least two of her songs. So, how come Katy Perry’s music just isn’t that good anymore?

I’ll give her this; once you reach the top, there’s nowhere to go but down. Perry reached the top pretty darn quickly, breaking records right and left and ruling the radio with 2010’s Teenage Dream. So, what do you do when your best work is probably behind you?

Well, if you’re Katy Perry, you make some okay songs, some pretty bad songs, one incredible song (“Never Really Over,” I’m looking at you) and you take a judging gig on American Idol. Perry hasn’t really been the radio darling that she once was in years. For some artists, this can prove freeing. Carly Rae Jepsen hasn’t had a radio hit in years but is more critically acclaimed than ever. Taylor Swift, while still selling albums like it’s 1975, has also pivoted; see her excellent surprise-drop album folklore.

However, beyond 2019’s slice of pop perfection “Never Really Over,” Perry has stagnated. Her latest release, “What Makes A Woman,” is a clumsy attempt at a feminist anthem. “Is it the way I cut my hair and put no makeup on? // I feel most beautiful doing what the fuck I want,” she sings over a woozy guitar riff, before launching into the chorus: “Could spend your life but you couldn’t // describe what makes a woman // and that’s what makes a woman to me.”

It’s boring, which is sad to say about an artist that used to constantly shock and surprise with her music and performances. Maybe the rest of her upcoming album Smile will prove me wrong, though. I welcome it; I miss the old Katy.

Check out “What Makes A Woman” here!