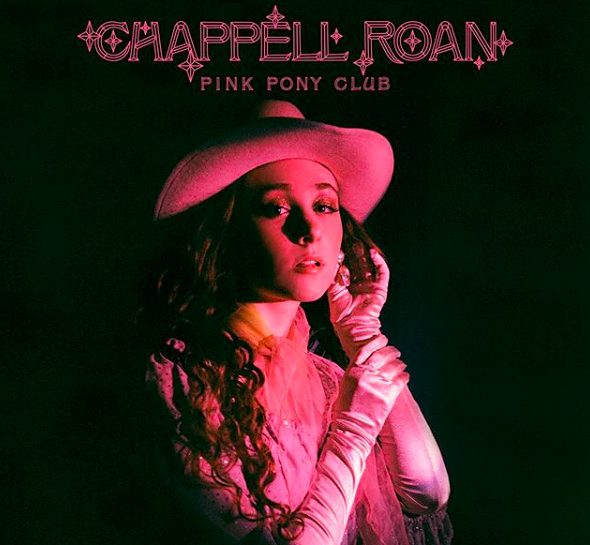 “Pink Pony Club” describes Roan’s journey of self-discovery, a journey that was kickstarted by a visit to a West Hollywood gay bar.

“All of a sudden I realized I could truly be any way I wanted to be, and no one would bat an eye,” Roan told V Magazine.

“It was so different from home, where I always had such a hard time being myself and felt like I’d be judged for being different or being creative. I just felt overwhelmed with complete love and acceptance, and from then on I started writing songs as the real me.”

“Pink Pony Club” is a shimmering, shiny disco ball of a song, full of synths and soaring vocals from Roan. “Oh mama, I’m just having fun // on the stage in my heels // it’s where I belong down at the // Pink Pony Club,” Roan sings over glittering guitar riffs and a drum machine. It’s a party and a deep dive into the singer’s own psyche, all in just 4 minutes and 18 seconds.

Roan has also released tracks “California” and “Love Me Anyway” this year, with more songs on the way.